We went the beach yesterday afternoon. We don’t go to the beach much. Isn’t that strange? It just struck me that it is. Here in the Caribbean and we’re not really beach-goers. What is going on?

Too much of a good thing I think. We tend to swim off Quest instead. This way no sand in our pants. Everything at our doorstep. Listen to music, jump off the boat, drink some water, get changed, eat a snack. Simple. Quest is our good thing.

Over the last week, it’s become clear that we probably spend too much time on Quest. Don’t tell her.

Carlisle Bay overall isn’t particularly fancy. It’s mostly a local hangout, and close to the cruise ship dock at our end of the anchorage. I imagine all the tourists with a sense of Bajan beach culture get off the ship and go to Mullins Beach. This seems the epitome of famous Bajan beach society.

Carlisle Bay is where they have the car parks, jet skis at one end and the lady selling snow cones. The cruise ship visitors here can seem as though they didn’t read the island guide. A lot of them jet skiing past as if slightly confused.

This has its benefits. At the other end of Carlisle Bay, off the Hilton, the beach was quiet yesterday. There is some nice shade here under leafy almond trees. People were hanging out on beach mats. Dipping their feet into the sand. White powdery sand.

Jack had gone first in Edna with the girls and the surf board. There was just enough surf to make it worthwhile. I followed them in the kayak. New kayak already in its element. A good half-an-hour paddle across the bay.

An old breakwater divides the corner of the Hilton’s promontory from the south coast of Barbados. There’s waves on the reef side; huge curling ones. The breakwater’s made of twisted pieces of metal and wood, and creates a lagoon on our side. There’s a bit of wave breaking into the lagoon, and they break onto sand.

Jack spent the afternoon pushing the girls in on his big ‘catch anything except a cold’ board. The board’s been in Lulu’s cabin until now. It was perfect. And perfect too that Delph was right there on the board, taking turns with Lu. This is different to two years ago. Lulu was the only one surfing when we were here last.

Since then, Delphine went to surf school in Borth. To be honest, I’d kind of forgotten about the weekly surf school. She hadn’t. Delphine is still on a mission to stand up.

She can fully kneel and almost stand, but then she falters at the very last moment. We egged her on, holding our breaths each time. Almost. 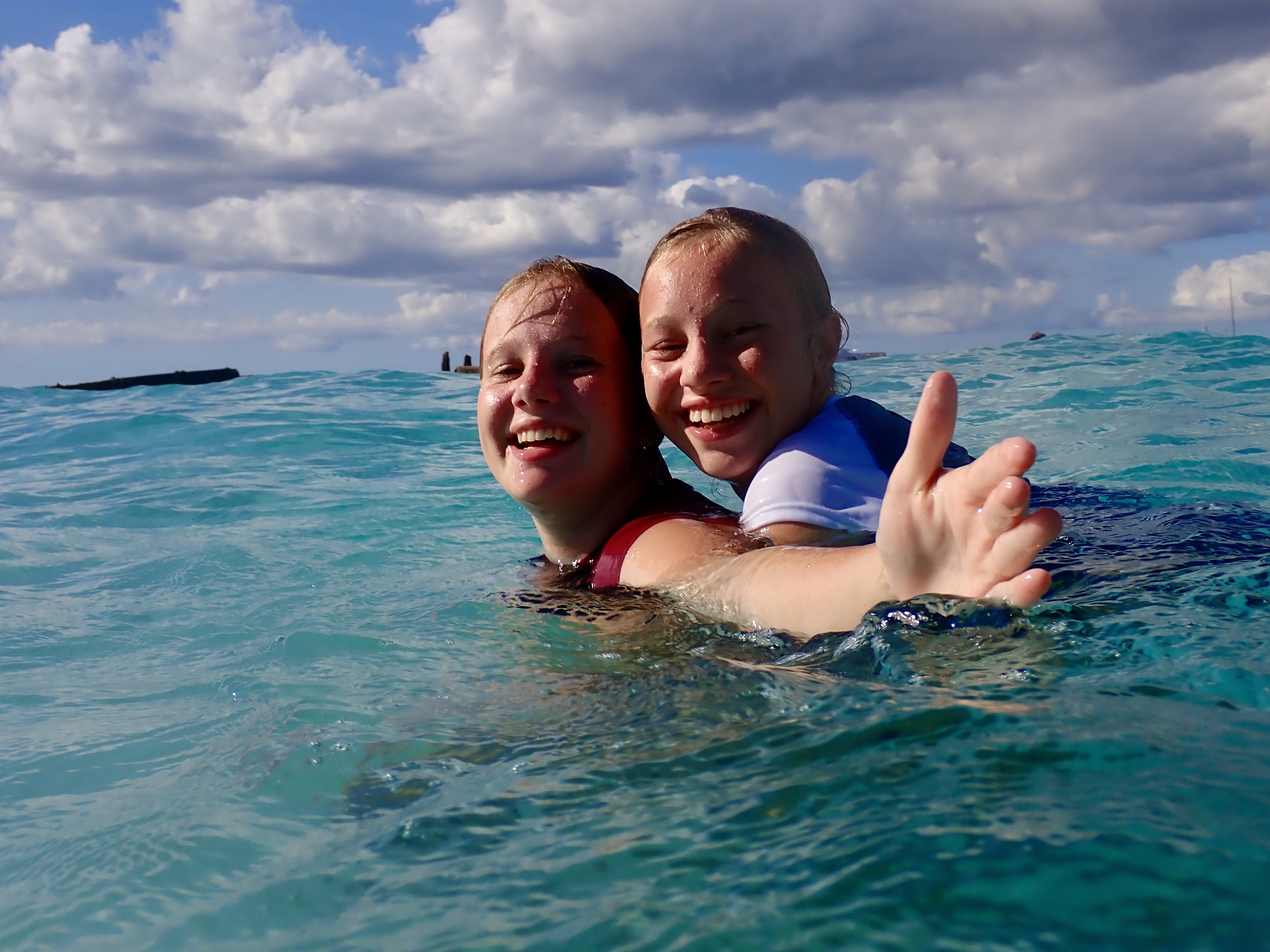 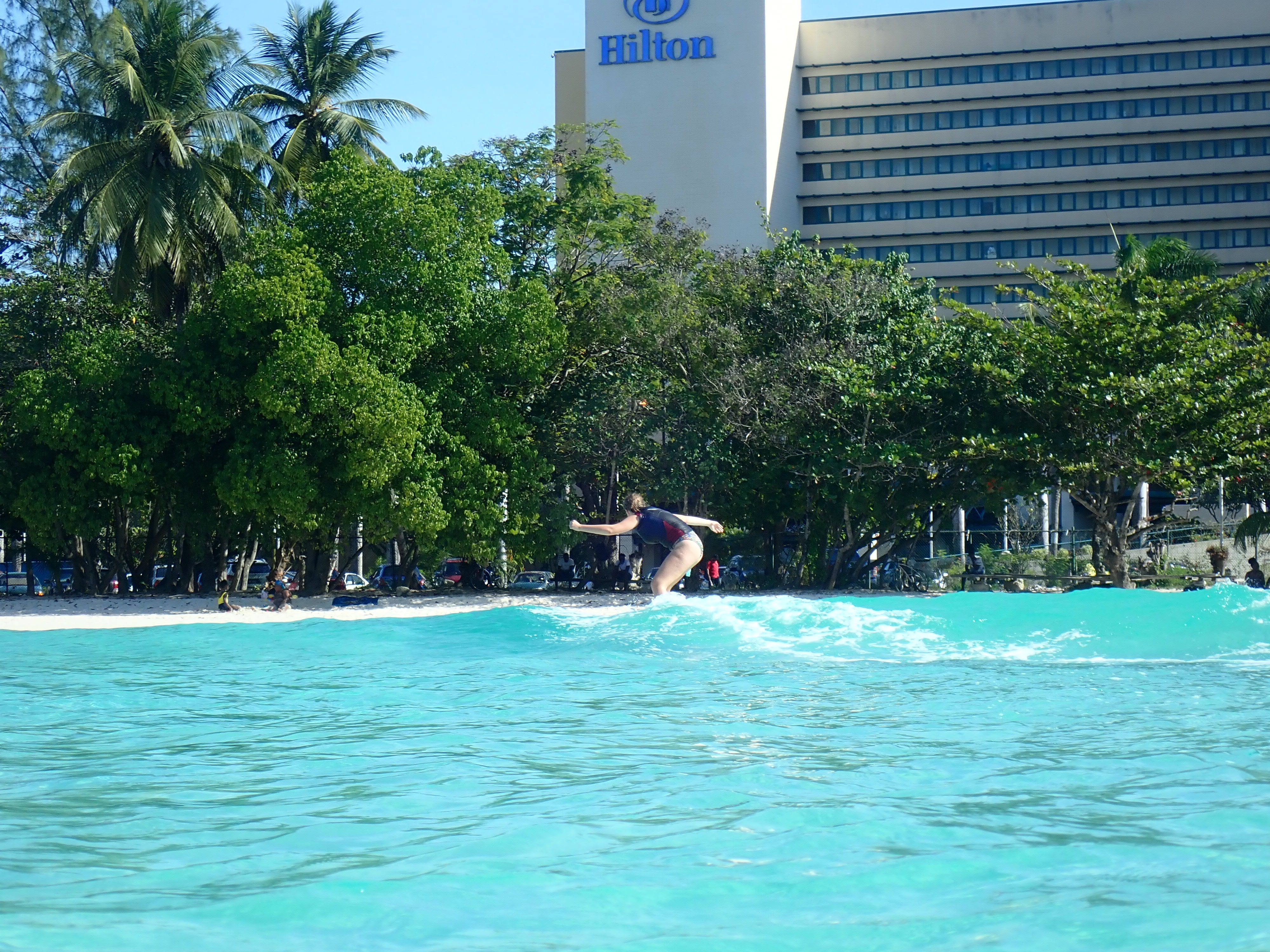