As we get ready to go, my focus is moving sadly away from the underwater landscape which was part of my everyday life for.. well more than a year now. Luckily, Kim from SV Dorothy Rose brought me back to it yesterday.

She sent me a screenshot of a photography competition in Scuba Diving magazine. I last read or picked up this magazine circa 2001 when Jack would go and buy it in WH Smiths in Aberystwyth.

Turns out the magazine is still going. And going strong enough to have a wide-ranging underwater competition which includes macro, behaviour, wide-angle and compact camera. The overall winner does well to win $1000US and a liveaboard dive trip in the Western Caribbean. As Kim says, the second prize isn’t necessary as we live on liveaboards already. Still, she fired up my interest. I never win anything. And a liveaboard where I don’t have to cook? I’m going to try.

Of course, I won’t win. But I have enough photos now over the last months to at least enter. Then, after I’ve finished entering my pics, I will enter Jack’s pics. Jack might win. He has enough great stills from his GoPro to give it a shot – especially the loggerhead turtle’s head. That’s the one Kim had in mind when she saw the competition. Some of Jack’s pics – because they are stills from his GoPro, are a little grainy. But he has a natural eye for filming. Plus who knows – with that liveaboard.

He took a great pic last week of a parrotfish – finally. Finally because parrotfish are always hard to capture – mostly because you want to catch them in the money pot position. This is when they’re coming towards you, their dentures in full, glorious, goofy grin.

Parrotfish are who we see most often in Bonaire buzzing around these reefs. We see their grins all the time. It makes you happy diving – like a constant comedy act. And it happens especially often in Bonaire, where reefs are relatively healthy and Bonaireans don’t typically fish and eat the parrotfish.

Unfortunately they do in other Caribbean islands. Parrotfish are considered a delicacy. In Barbados, stalls line the road with freshly-caught parrotfish. I do understand people have to make a living, and it’s their island and not mine. Still, parrotfish are one of those so-called keystone species which it turns out coral needs to survive. The whole reef needs them. Parrotfish eat dead coral, poop it out every where and perform one of those complicated, not-fully understood biochemical roles to keep the reef turning. It’s like Jenga with scales. Take out the parrotfish and boom.

Plus they’re just so goofy. All the different types too: spotlight, queen, yellowtail, red tail, princess and more. Coloured in different stages in their lives according to whether they are male or female – at that moment in their lives. Turns out there’s no problem with gender fluidity underwater. Just sayin’. 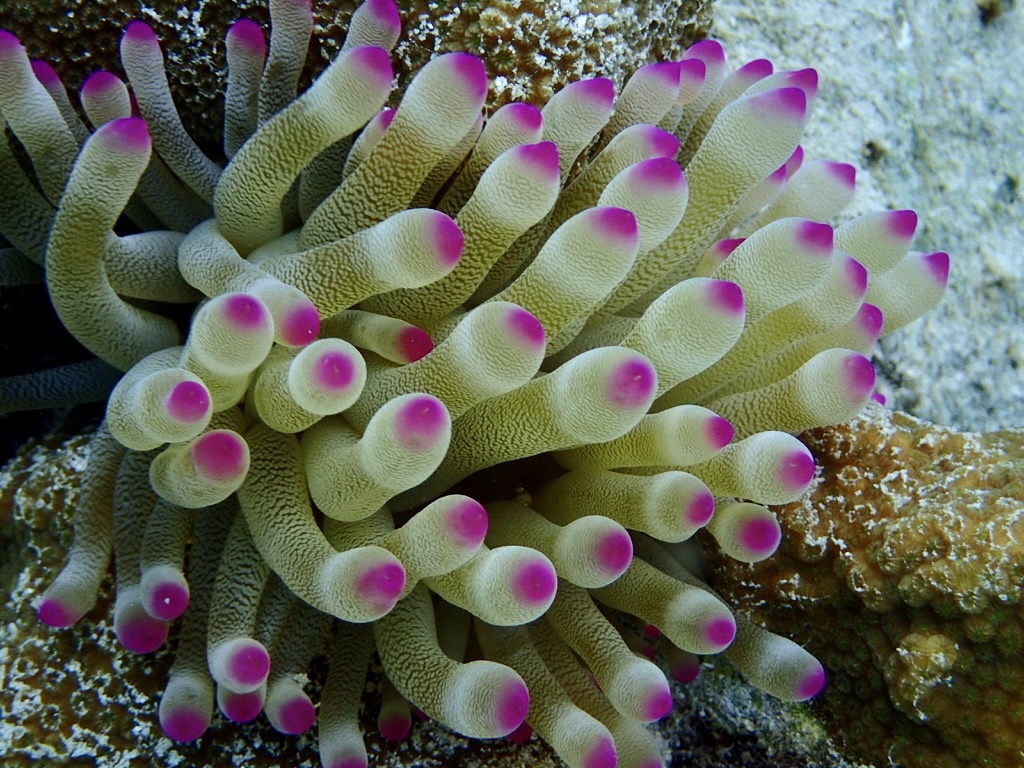 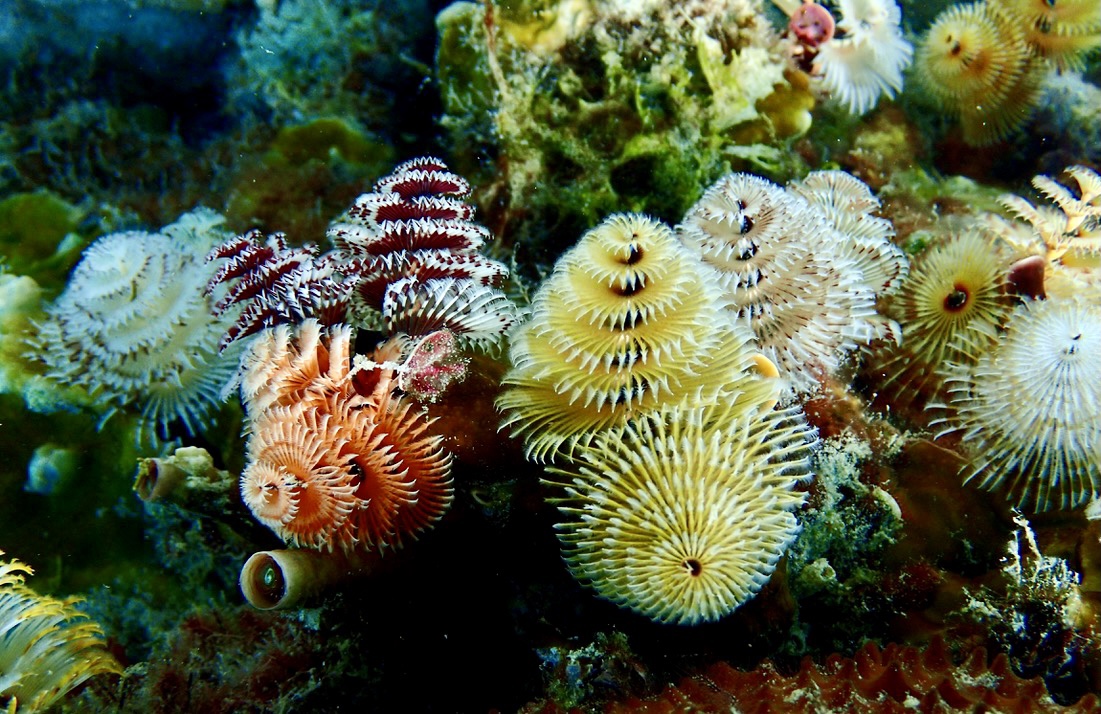 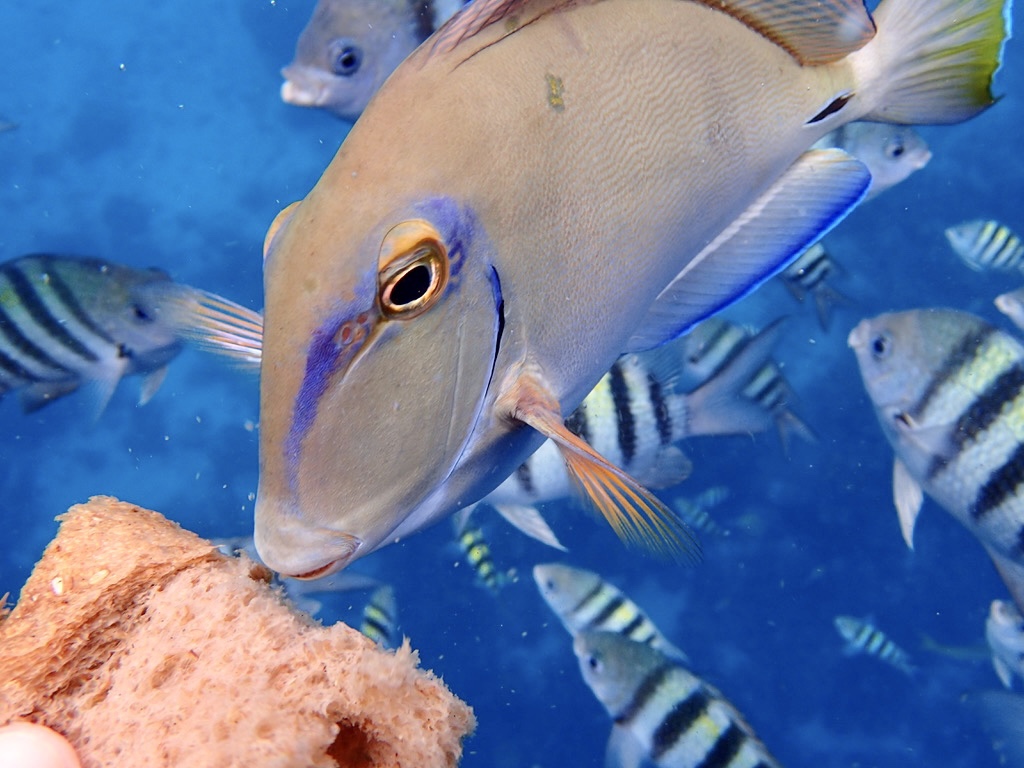 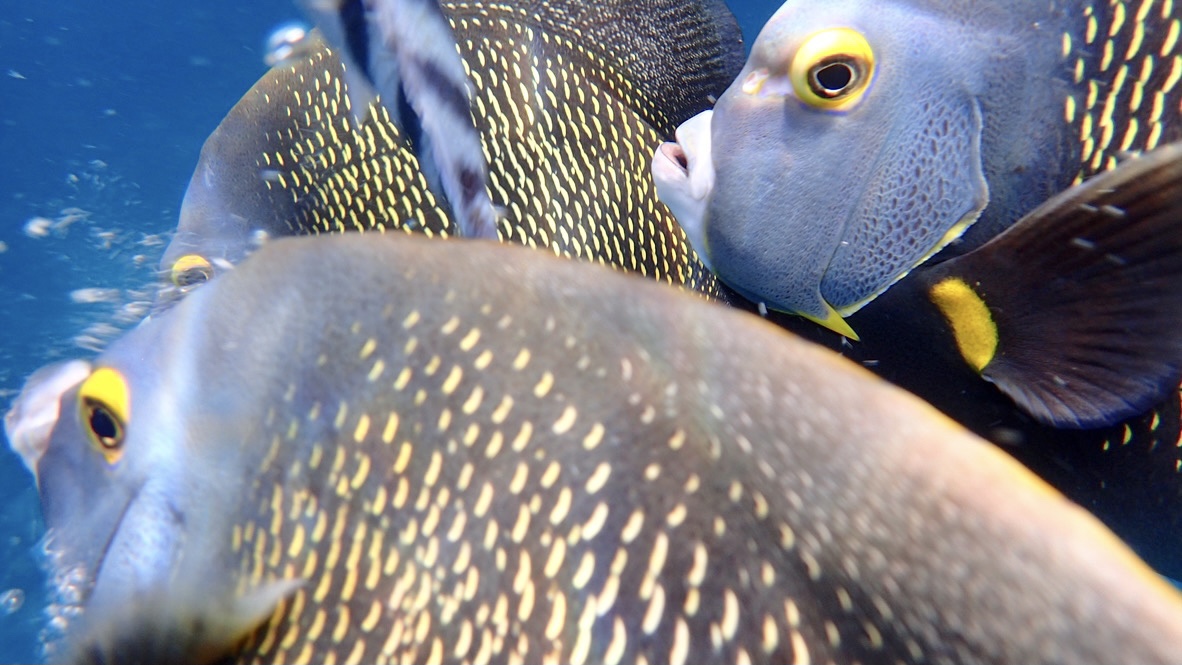 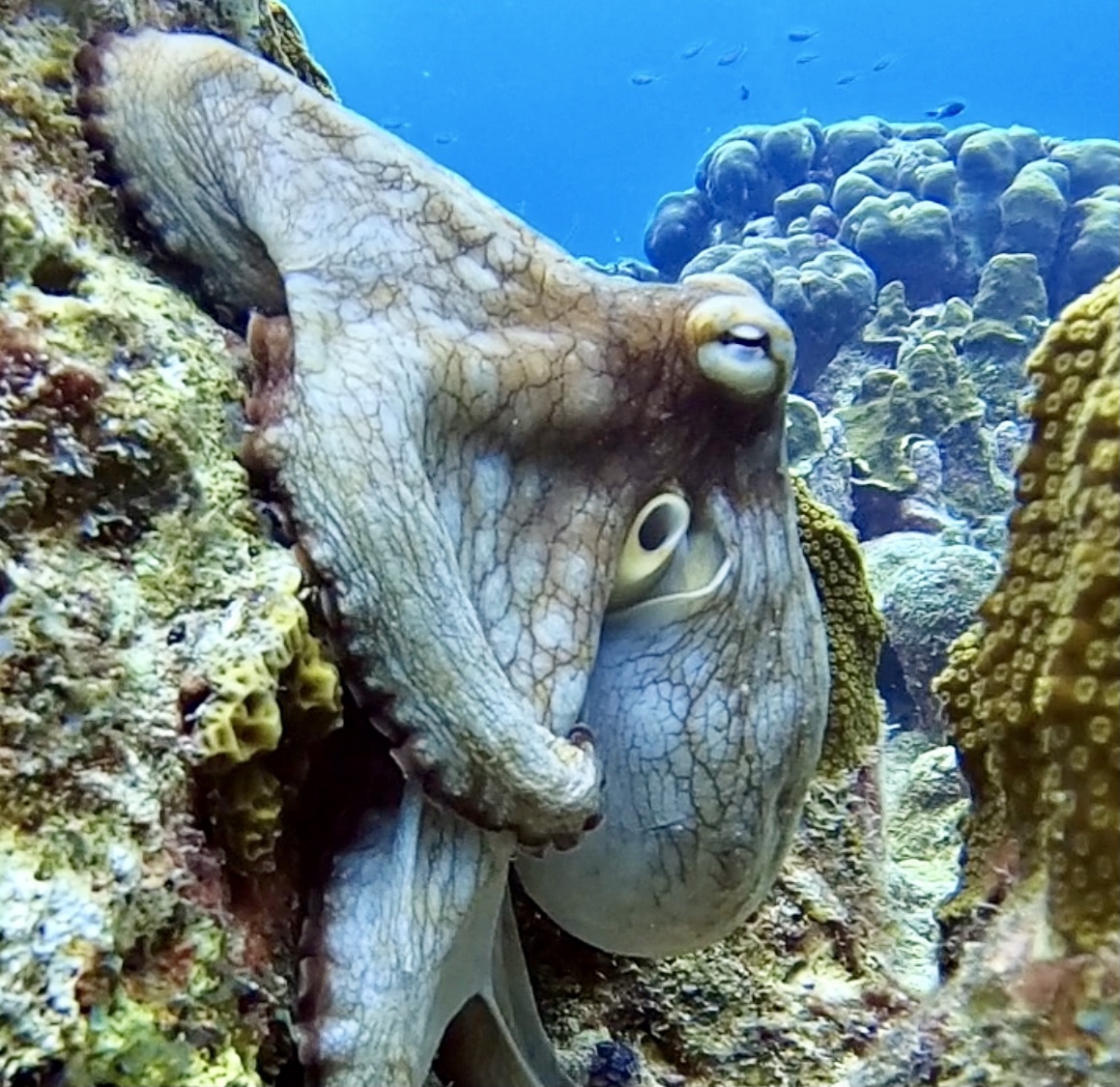 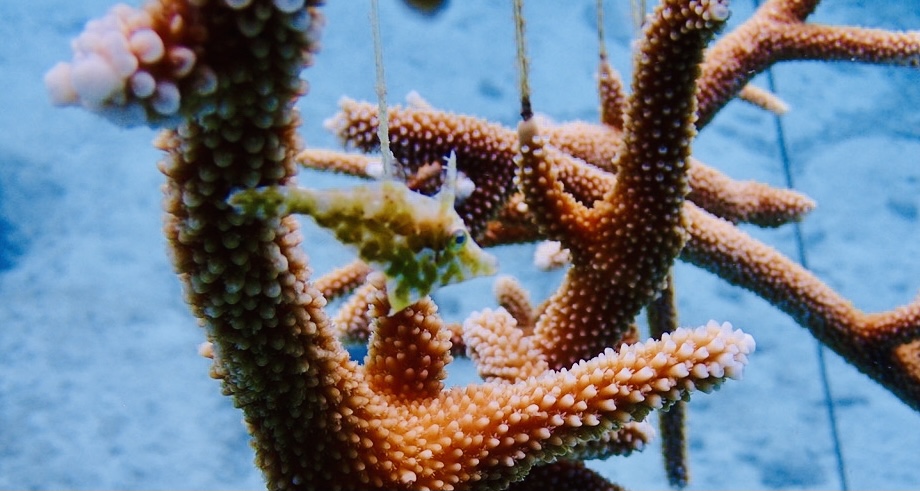 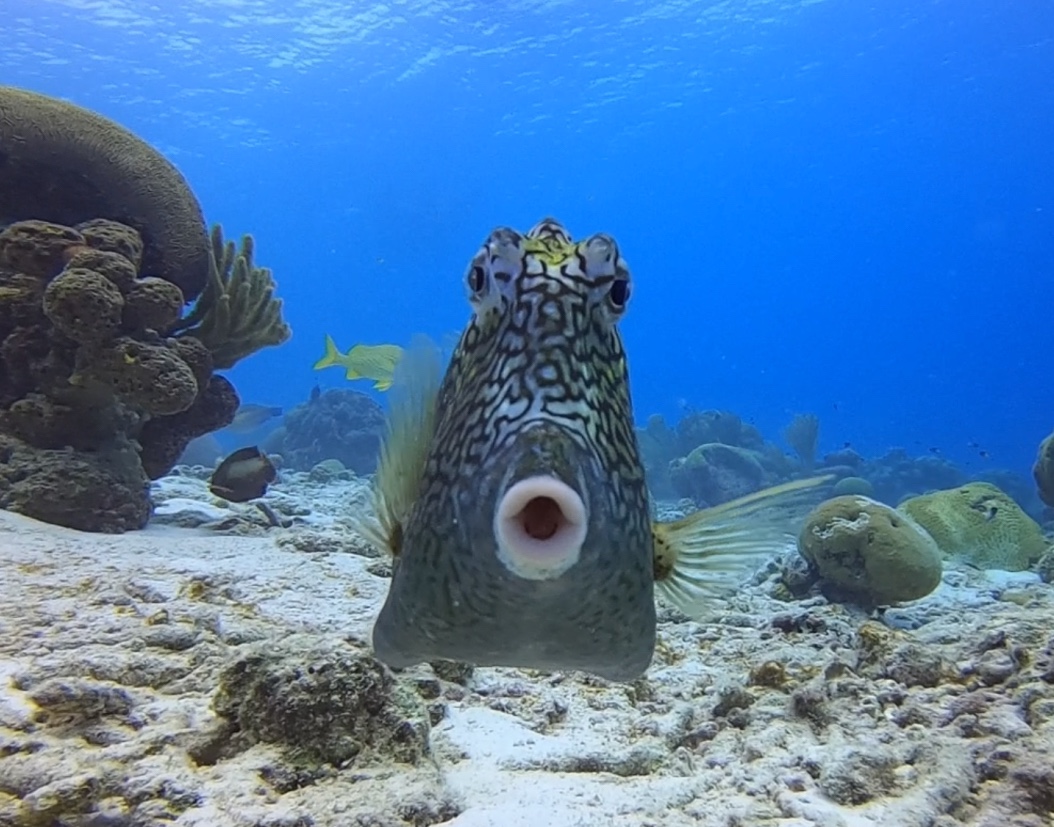 2 thoughts on “My Wife Is The One On the Left”