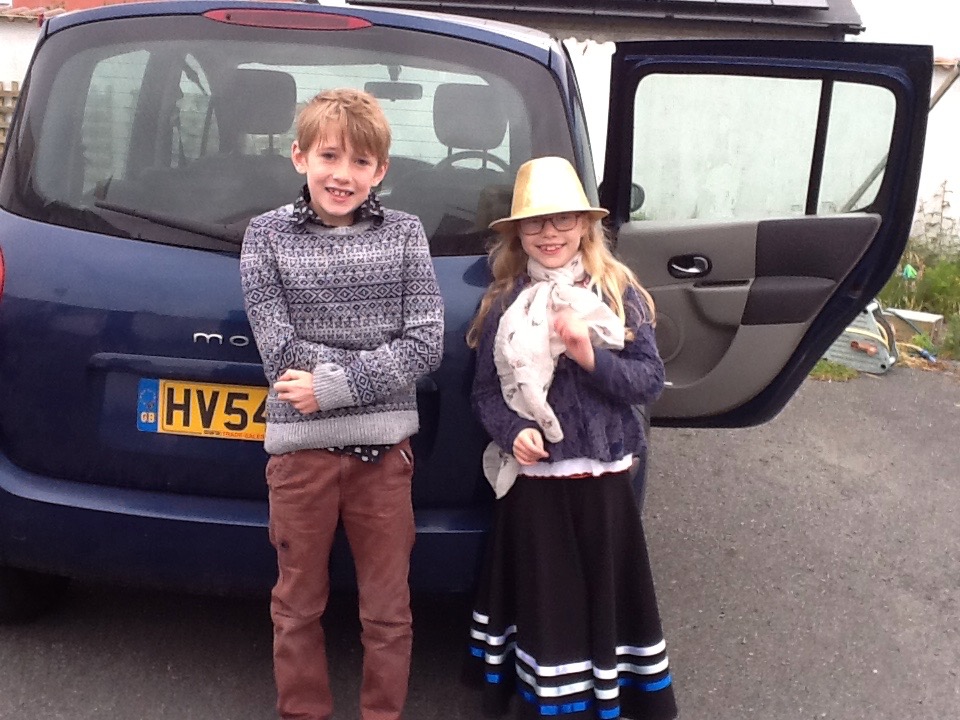 So with one fell swoop, Linda entered our lives. Every Saturday morning, I’d take Delphine, bright-eyed and bushy-tailed (more like half-asleep and zombie-looking) to Linda’s. And every Saturday morning, in which I was paying not a small amount for my efforts, I’d get told off. Linda had a number of lines. Here is a few examples:

‘You’ll have to sit in the living room if you keep being disruptive. Delphine needs to read more. You may have her writing but she’s not doing it with any creativity. She needs to express herself on her own. The most important thing is her confidence. You have to build her confidence.’

As we stayed home in Wales last winter, I got used to being schooled on Saturday mornings. The most amazing thing was that every time Linda did school me, she’d smile. And not in a sickly, patronising way but goofily, as if her heart was on her sleeve. It was like Linda was smiling in preparation of my forthcoming meltdown. Her smile was going to catch my falling ego.

What could I do? I’d stand there, looking around at the clean and tidy (and slightly cold) house. I couldn’t get mad. I mean I could have. I could have got all parental indignant and mother-knows-best on her. But there was one thing stopping me. Linda was right. All the things she was saying during our sessions were attached to the deepest fears I’d been bottling up. In this way, Linda was performing a sort of double function. Help Delphine, help her mother. Her mother doesn’t look so good btw.

A couple of blogs ago, I said that one of crappiest parts of cerebral palsy was its unpredictability. Some kids have physical disabilities but their learning is unaffected. Delphine’s cognition, for example is good. Who else would turn to her sister when Lulu was saying that she’d never seen a professional comedian speak before and point out that she was wrong. They had, in fact seen one before.

This is Delphine. So imagine this. One afternoon, about five years ago, my father-in-law burst into my house. Well, more like he opened the door and let himself in. It just seemed like bursting at the time because he was pretty excited. And this was unusual for him since it was the time of day he’d normally be having his siesta; about two in the afternoon. I was alone and partaking in my usual winter activity; making soup. In another hour, I’d be picking the girls up from primary school. Anyhow, that’s the background. Soup and an excited father-in-law.

‘What’s up?’ I might have had the ladle in my hand. Pretty sure I did.

‘I figured it out!’ he enthused. ‘You know how dyslexia runs in our family?’

I have to pause here and point out that he didn’t say dyslexia. It was more like ‘dilisise’. There is a comedic irony here that I just can’t let go of. But moving on.

‘It runs in the whole family,’ he said. ‘J has it. My sister. The girls (his daughters). We all have it! Well, I’ve just realised that Delph must have it too. That’s why she’s struggling at school.’ With this, he looked at me with a supremely satisfied expression.

I stared back at him. Yeah, I’m definitely sure I had the ladle in my hand. ‘So you’re saying that on top of her cerebral palsy and cataracts, Delphine also has dyslexia? And she gets it from you?’

The satisfaction drained away from his face slightly then. I remember he briefly put his hand in his pocket and jangled the change in there (a signature Grandpa tic that meant many things and included uncomfortable) before he hightailed it back to his house, around twenty metres away.

Now that he’s gone, having outrageously died on us almost two years ago. I often think back to that afternoon. It felt like he came over and kicked me in my gut at the time. I mean, I know you didn’t like soup much Grandpa, but really? I’m pretty sure I looked at him with the ‘Are You Trying to Kill Me?’ look. You’re trying to give Delphine another problem to overcome?

‘You know,’ Linda said to me a few months ago, ‘I know Delphine has more complicated learning issues than dyslexia, but her learning seems to fit a dyslexic pattern. Would you mind if we dealt with it in this way?’