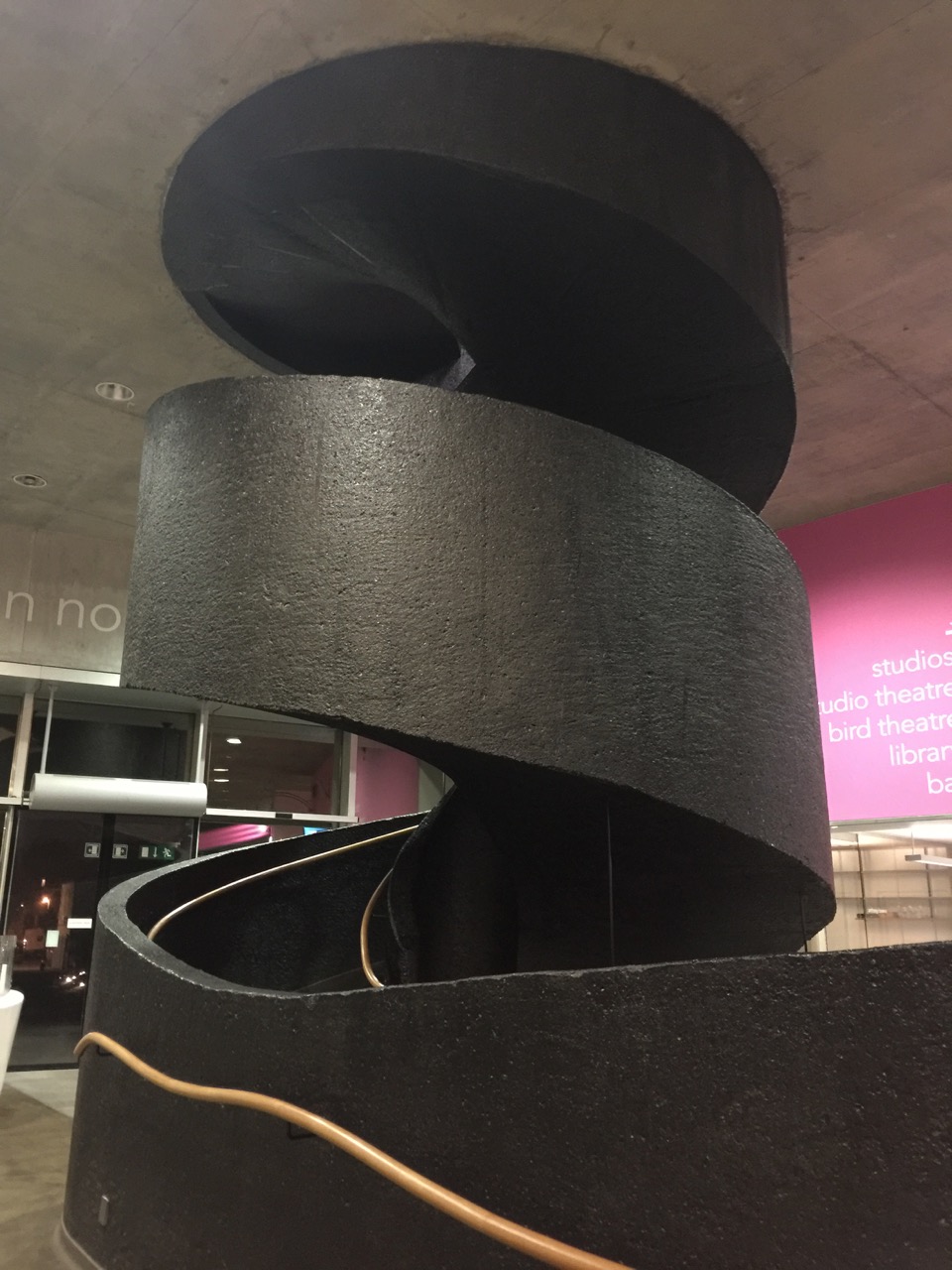 I am sitting in the Laban Dance Centre in Greenwich, South-East London as Delphine tries out with Candoco Dance Company. They are an inclusive dance company, employing both disabled and non-disabled dancers. I found them online about a year ago.

At home, Delphine follows the Royal Academy of Dance curriculum. It’s a normal curriculum for dance schools in the UK. She’s been dancing it (except when we’ve been on Quest) since she was three years old. We know their system well. Their motto: ‘You won’t be able to pass a dance exam unless you can do the moves exactly.’ What do we get to say finally in response? In-clu-sive. Oh yeah. Suck on that.

The able-bodied kids at home are able to dance circles around Delphine. Wait – I don’t mean to be disrespectful to Delphine. She dances in her own unique style. Not enough to join the pointe prep class though. I’ve watched this kid swallow a lot of tears on this matter. Why’s that? Delph’s left foot points better than a Concorde. The toes on her right foot have the gall however to go the other way. Her teachers say ballet pointe isn’t safe if only one foot points properly. For years we’ve shown the orthopaedic surgeon Delphine’s right foot at her annual hospital check-up. Every year he says it’s a brain control thing, raises his eyebrows and tells us this isn’t a straightforward fix. Cutting tendons, he explains, is the only option. Unfortunately, this surgery can lead to its own set of problems. So if she can live with it, he says flexing her toes teasingly into the pointed position, it’d be better. Delphine glares at her right foot. And swallows again.

It felt like Delphine was beginning to match boa constrictors for swallowing technique. So much so that one night I googled disabled dance companies in the UK. Perhaps she needed to find her people I thought. At the top of an exclusive-inclusive list was Candoco. Finally a year later, we walked into a huge, industrial-style dance school building. We were late though, since Jack needed to drink his precious, just-off-the-train cup of coffee. Oh, there I go. First bit of snark. Get back under the table!

We passed through the City of London on the way here, rubbing our eyes. From rural Wales, each building lit up like a firework. Then, at Greenwich train station, the Uber app placed us in the wrong location. Luckily the driver waited for us to find him. Ten minutes later in grit-your-teeth-darkness, we finally found the dance building. The security guard gave us quick directions upstairs. Delph got changed in the toilets and ran off to her class. No time to be nervous. Jack and I had a small, typically travel-based bickering session, then went back downstairs. We’d spotted a cafe when we came in.

Turns out the seating area is still open but the counter is closed. Jack has just scowled, hoovered his half of a Boots sandwich I’d bought earlier and pulled out his phone. Meanwhile, despite the evening hour, students are still milling around the cafe tables. Across from us, a be-spectacled teacher is separating large pieces of papers and filing them carefully away – exams perhaps?

Where are we exactly? I look around. There are huge, concrete spiral staircases in the atrium like giant worm casings. Rooms have glass for walls. Little, working pink lockers line up against the hallways. I’ve just gone online. Aha. Turns out this is the Laban-Trinity Conservatoire of Music and Dance. Oh wow. One of the best dance schools in the country. And this very building won the Sterling Prize for Architecture in 2003. Ok. This is a bit different from Aberystwyth.

And Delphine? I just went upstairs and sneaked a sneaky look at her. She’s in the middle of her two-hour class in a group of about ten. Roughly the smallest one. She’s up there in the middle of the group, led by a male dance teacher. She has her dark-blue Royal Academy of Dance leotard on and frankly, she looks the bees’ knees. If I can give you a picture of her dancing, it’s serious and careful, bendy, graceful and yes, disabled. Her right arm doesn’t move like her left. Any form of rhythmic pattern and she gets kind of hoppy. Never mind that irreverent toe.

This time though, it isn’t little-Miss-able-bodied (sorry, I don’t hate you… well maybe a little) dancing next to her. It’s another disabled kid. I spotted someone with Down’s Syndrome in the class and there’s another dancer who moves in their own unique way also. And here we are; five hours on a train from our house.

The end of the class has just come. Going upstairs and waiting with other parents, we’ve had a few, friendly, ‘You came all the way from Wales?’ questions. Embarrassed nodding. Yep. But it’s a given for us in Mid-West Wales. Shops, specialist hospitals. Everywhere-two-hours-away.

Suddenly the studio door opens. We’re invited to see the final piece of dance. We sit down and the music starts. The dancers pair off and make their way across the room. Each dancer moves forward, periodically stopping to communicate with their partner. They communicate only through movement. Expressive and loving, funny and poignant movement. At the end of the line, the teacher, Robin dances with Delphine. They make their way down the room quite sedately until Delph stops and wiggles in the middle of the room. The whole room titters. My head begins to shake. Not too shy after all.

Robin comes to see us afterwards. From my phone calls to their office, I’d heard that officially Delphine is too young to join their dance company though they sometimes make exceptions. And it was too late and I was too tired not to get to my point. ‘Would you take her in your youth company?’

I look for the question on his face. For the same doubt we usually see on peoples’ faces when we ask about joining pointe class or fixing toe problems. To be honest, I don’t even realise that I look for it until that very moment. How do I know? No doubt on his face. None.

‘How often can you come down?’

Jack and I convene together. ‘Once a month for now. Is that ok for you?’

One last time. I don’t have a local support group and I’m not one of those people who goes on long country walks so she can scream at the world without any one listening. I scream best through my fingers. People don’t know what a problem is until you can’t fix it. And you can’t fix a disabled child. So this will be the last of my sorries. 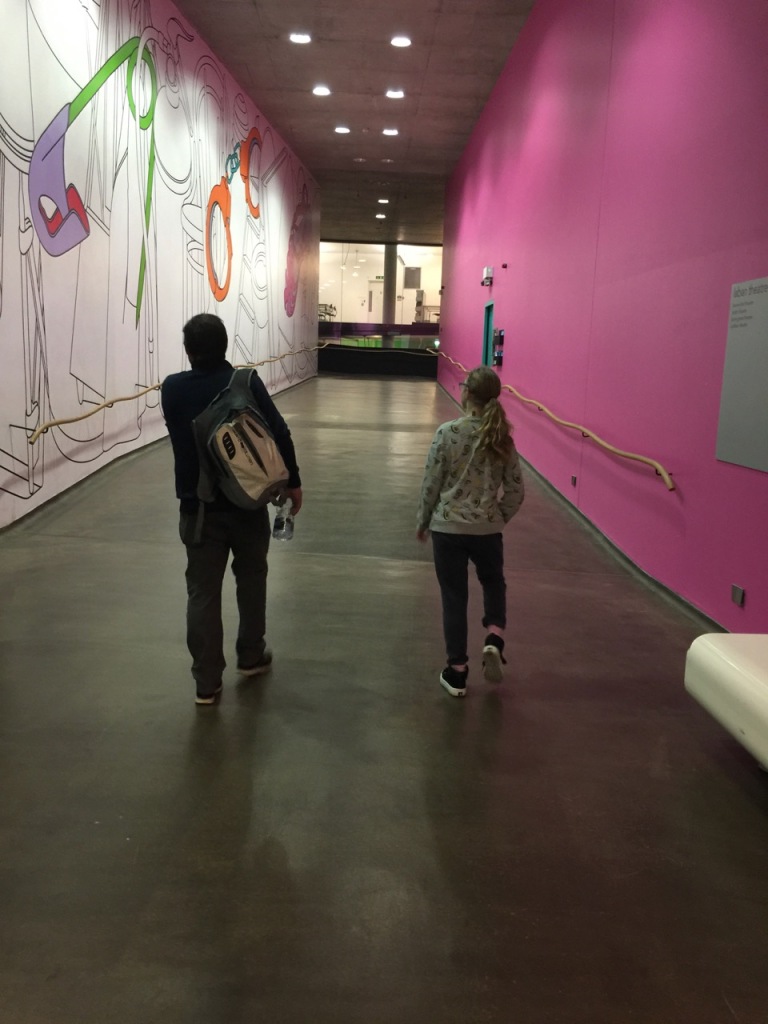