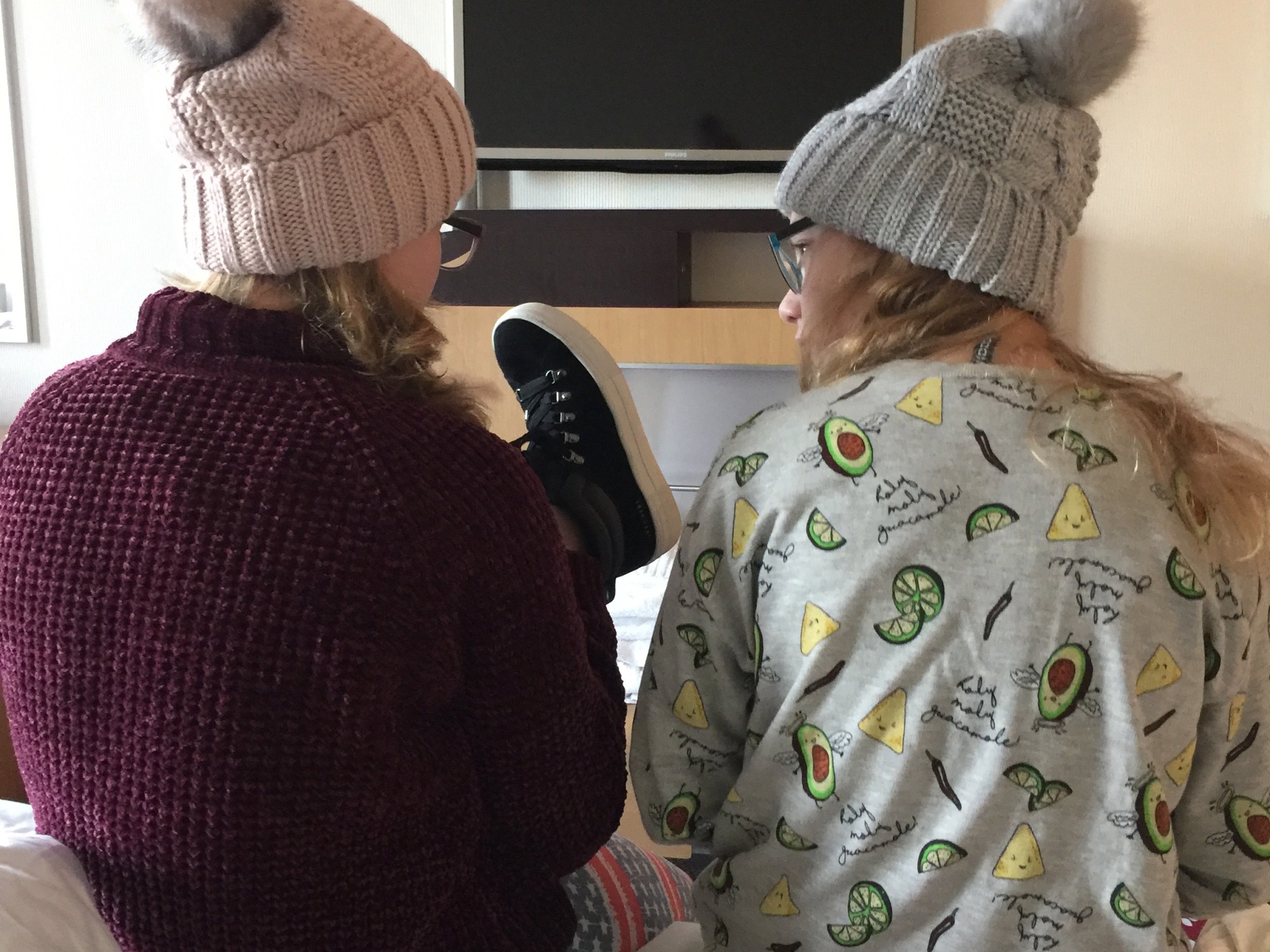 Still on the living with disability theme. This one I’m definitely not showing to Delphine. That’s because I’ve noticed that when we open up this conversation, she gets mad. Not mad in an angry and explosive way but in a sort of cunning and spiteful. I get it; she’s mad. It’s not fair. Here we are talking about it but she has to live it. Still, her anger has a special place in our family. It tends to set off a chain of events that the more explosive members of this family pay for. Cue her sister.

Yesterday we had a classic case of this. Note before I start that these sisters are close. More times than not, Lulu will jump into bed with her. Often against Delphine’s protestations. Then, during the day, they huddle together like a couple of sneaky pirates and crack each other up. But when they fight.. man. It’s like Zeus and Poseidon are just warm-up acts of destruction. And always their conflict has the same pattern. Basically Delph starts it. And she starts it because, as you’ve guessed it, she gets mad.

Her next step is knowing just how to needle her sister. Sigh. This is because Lulu lives with her heart on her sleeve. Isn’t this a cutesy way of describing when someone is emotionally challenged? You flipped out and smashed the car window? It’s that big heart on your sleeve. Destroyed an entire city? That pesky heart on that adorable sleeve.

In fact, I’d go as far as to say that the city-destroying person’s mother probably made up this very phrase. ‘My kid’s not that bad officer… it’s like they’ve got their.. errrr.. their heart on their sleeve. Yes that’s it! Anyhow, sorry about the burning buildings.’

So, our Lulu has this same darling heart on her same precious sleeve. And when you combine this with a needling sister, things can get a little intense. Like nuclear intense. Now, add real life to this mix. Lu has a busy week ahead of her. She has a science project due Friday which has been in the pipeline for a couple of weeks but unfortunately got relegated to the homework back burner while all the other ones were getting done. Weekends you see we try to get her to relax and see friends.. so weekdays can get pretty full-on. And the science project, well it got a little bit forgotten.

Ah! No worries. We decided to make a video for it. It’s a STEM challenge invention homework… this new, fancy concept of ‘cool’ science that I’m pretty sure missed my generation completely. So I might be wrong but this STEM challenge has an ‘anything goes’ flavour. At first Lulu decided she wanted to build houses made of plastic recyclables (quick check online told her is was already done) or burn trash to heat your house (done too).. hmmm. It needs to be original. A little googling then gave her the idea of cars that have different types of horns. This could include a ‘thank-you’ horn and a ‘hello, how are you horn?’ Nothing life-changing or planet-saving but fun to do as a project.. oh what the fudge, we thought, let’s do it.

So, yesterday she was sitting in the car with her sister. Their task was to tape the new ‘horns’ to the dashboard while I took the washing off the line. Housewife multi-tasking being my curse, oh I mean my fate. Anyhow, I went inside the house briefly and came out again to hear a strange keening sound. Inside the car, I could see that Lulu was crying and holding her hair.

‘You really hurt me,’ I could hear her say to her sister through the car window. I sighed. I was just about to open the car door and give Delphine a nice slice of my mind when all hell broke loose. Inside my tiny car, Lulu jumped on top of her sister. For a single moment then, time stood completely still. Until Delphine’s glasses twisted up against her face. I cursed under my breath and it sped up again. Delph has had too many eye operations, new lenses and a period of time where stitches were gruesomely popping out of her eyeball for me to stay objective in this situation. I was going to have to get involved.

The pattern of conflict in everyone’s families are different but it doesn’t make them any more bearable to us. In our case, we have an uneven playing ground. Lulu can’t attack her sister.. even if her sister attacks her first. Of course this doesn’t stop Lu because of that aggressive, I mean feisty pumping heart on the outside of her body.

In my last blog, I wrote about the grieving process that I feel for my old life. This is the effect of living with the ramifications of disability for me. For Lulu though, she doesn’t even get the old life… this is the life she has to live from the beginning. It’s even more unfair for her.

All of this feels very cerebral now, compared to the reality of having to physically pin Lulu down yesterday. As crazy as it sounds, I wish they could scrap though. For me, when I was a kid, the only difference between my brothers and I was size. Otherwise we were even. In some ways, I think a good scrap can sort things out between people pretty effectively. Ok, maybe I’ve just lived too many Saturday nights in Wales. But I haven’t got a problem with it, per se. It’s more a problem for us that it can’t happen.