My grandma Wanda got robbed before lunchtime. She’d gone to the shops at the end of her road. Pulling her shopping trolley slowly back to her suburban Warsaw apartment, two pleasant-looking women approached her.

‘Would you like some help carrying your shopping?’ they asked her.

Ok stop. This is a common crime in Poland. Two ladies approach an older lady on her own and ask if they can help her. It’s even on TV; public broadcasting warnings for people not to fall for it. It’s widespread throughout Poland at the moment and normally co-ordinated by gangs. And yet my grandma is wily. Not easily fooled. Well, she was before she had those series of mini-strokes. And now that she’s 91. Bless her.

She led them all the way up three flights of stairs to her apartment. She opened her apartment door. They followed her in.

‘Could I please have a glass of water?’ one of the women asked. ‘I’m pregnant you see.’

‘Of course!’ my grandma enthused.

She led one woman into the kitchen. The other lady stayed behind in the hallway, near my grandfather’s old office. After the water was drunk, the women said their thanks and left. It took my grandma five minutes to realise that the envelope of money she kept on my grandfather’s desk had gone. The equivalent of a thousand pounds in Polish złoty. She sat there, half-cursing and half-laughing at herself. They’d been so nice! She noted that, although the money was gone, they hadn’t taken her passport which had been in the same location. And this was especially handy since she was supposed to fly to the UK with my mum… who was due to arrive in a few hours. Urghhhh, she realised, this was the worst bit of it. She would have to tell my mother.

Of course, she was lucky that they didn’t hurt her. They could have taken the money, looked around and thought, ok, what else? After all, Wanda had been the one who told my mum in the summer about these TV broadcasts. ‘Apparently these people are making a fortune,’ she’d said. ‘You’re not to trust them.’

My wonderfully stylish mother turned up a couple of hours later. Retired British Airways employee, penchant for wearing cashmere tracksuit bottoms, Alicja sat at her father’s desk. No money. Still an intact passport. Nobody hurt. She could work with that.

‘They were just so nice,’ Wanda said with growing admiration for the thieves. Her laughter got louder too. A little bit embarrassed? Probably. But she is officially the oldest person resident now in her block of flats. And she lives on the third floor with no lift. The area she lives in is quiet too, quieter then I can remember. People commute to central Warsaw and work late into the evening. It used to be that officers like my grandfather worked in the nearby Air Force engineering school and came home for lunch. Not anymore. So no wonder these naughty ladies had focused when they saw my grandmother coming.

I wish that was it. But two days before my grandmother was set to fly back to my mother’s home in London, she fell over in her living room and cracked her hip. She cracked it enough to chip the tip of her bone. An intertrochanteric fracture. What a mouthful.

Alicja looked down at her. Really? She’d tripped on the edge of the carpet and well… that particular carpet has had its victims before.

‘But still,’ she said, ‘You’ve forgotten how to lift your feet?’

Wanda laughed. ‘I really don’t know what I was thinking.’

Tonight they are in London. They made it. Wanda travelled there happily in a wheelchair in the end. And my mother? My loving mother came in and sat down on her own sofa in her own house. Everything is ok now. What’s next? 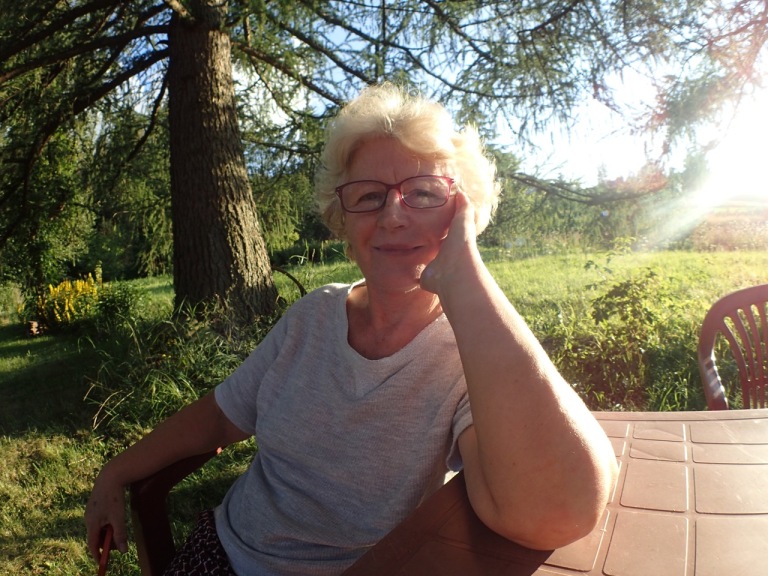