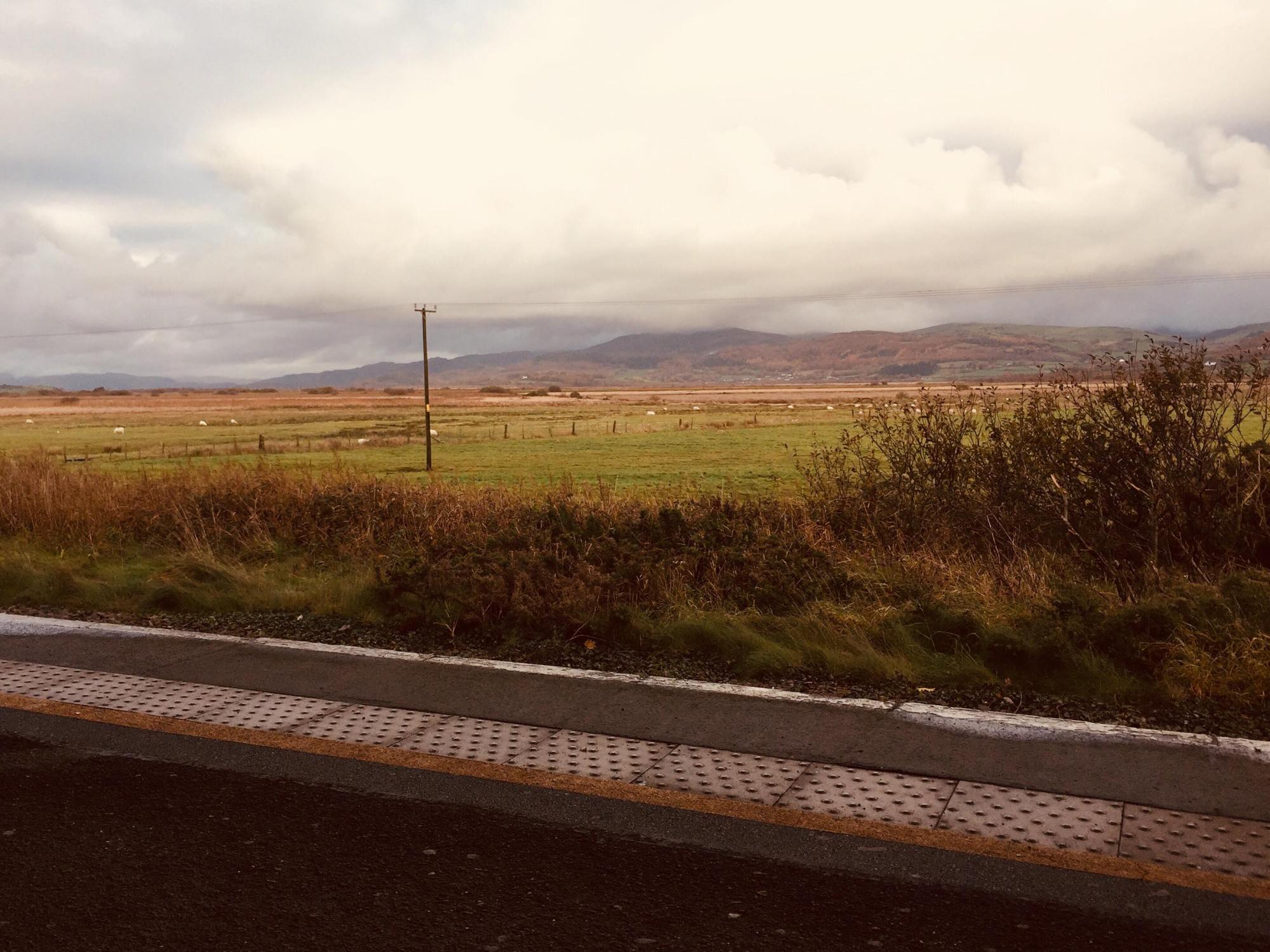 Delphine and I got on the train yesterday. Destination London. Our first journey to join Delph’s new dance company, Candoco in a workshop event in Alexandra Palace. Then two days before we left, Delph’s key worker Gwawr wrote to us.

‘I bet you know this already,’ she wrote, ‘but I thought I’d send you the link.’ In her email was Candoco dancing.. on Strictly! We watched the performance with growing excitement. What time was our train on Thursday again?

So, all good. We got on the train at Borth. Borth station is a station to rival the most rural-looking in the UK… a single platform and a view of sheep, donkeys in the bog, a lonely church and mountains. It’s always hard to believe that this train line actually ends up in the smoke of London. By the time you get past Shrewsbury you know it though. The city catches up with us and the urban build up for the Midlands begins. At Telford, the country pumpkins get swallowed up by regular commuters filling the train carriages. C’mon Birmingham.

Our table was filled by two bright-orange, jump-suited workers. A sturdy-looking man and a small, wiry guy. The latter had a small cheek ring and boots covered in lilac paint. With this, Delphine and I put away our card game and sat ready to disembark for our next connection. We had to get off at Birmingham New Street and catch the Virgin City to London. But, even though the carriage was full of people, this wasn’t actually a sign of our impending station. We ended up travelling for another forty minutes or so. And in this gap, we learned about Sheldon. Not enough, but a little.

It was the sturdy-looking man. He had something of a Caribbean air about him. No nonsense and well, stern. Delphine and I went quiet. First he got a phone call. I didn’t really listen to the details. There was a lot of grunting to interpret. Then the phone call ended and he started talking again, to his fellow orange-suited mate. It was kind of strange at this point because the wiry guy had earphones in the whole time. So whether or not he heard his mate talking is unclear, but he definitely nodded the whole time he spoke.

What was he talking about? In a deep, rumbling Brummie accent, he told us about Sheldon. Or more specifically, the loss of Sheldon. Who was Sheldon? I don’t know but this handsome man loved him. And his love was impressive. I think we all ended up nodding.

Everyone’s trying to tell Mum what to do with the money now. If she spends it paying off her flat, she’ll have nothing left. She can plant a little box of roses outside her flat and that’s it. That’s all she’s got left. If she takes a council flat instead, ok her area might not be flash. But she’s got money to do things. Go to Spain, go shopping, enjoy her life. All of this without Sheldon anymore.’

Delphine and I stared out the window. We snuck glances at him but he wasn’t interested in us. He wasn’t even looking at his mate, who stayed nodding with his earpiece in. They work together, I thought. His friend’s not heard this for the first time. No, this man wasn’t talking to any of us, on this train or perhaps even on this planet. I think he was talking to Sheldon.