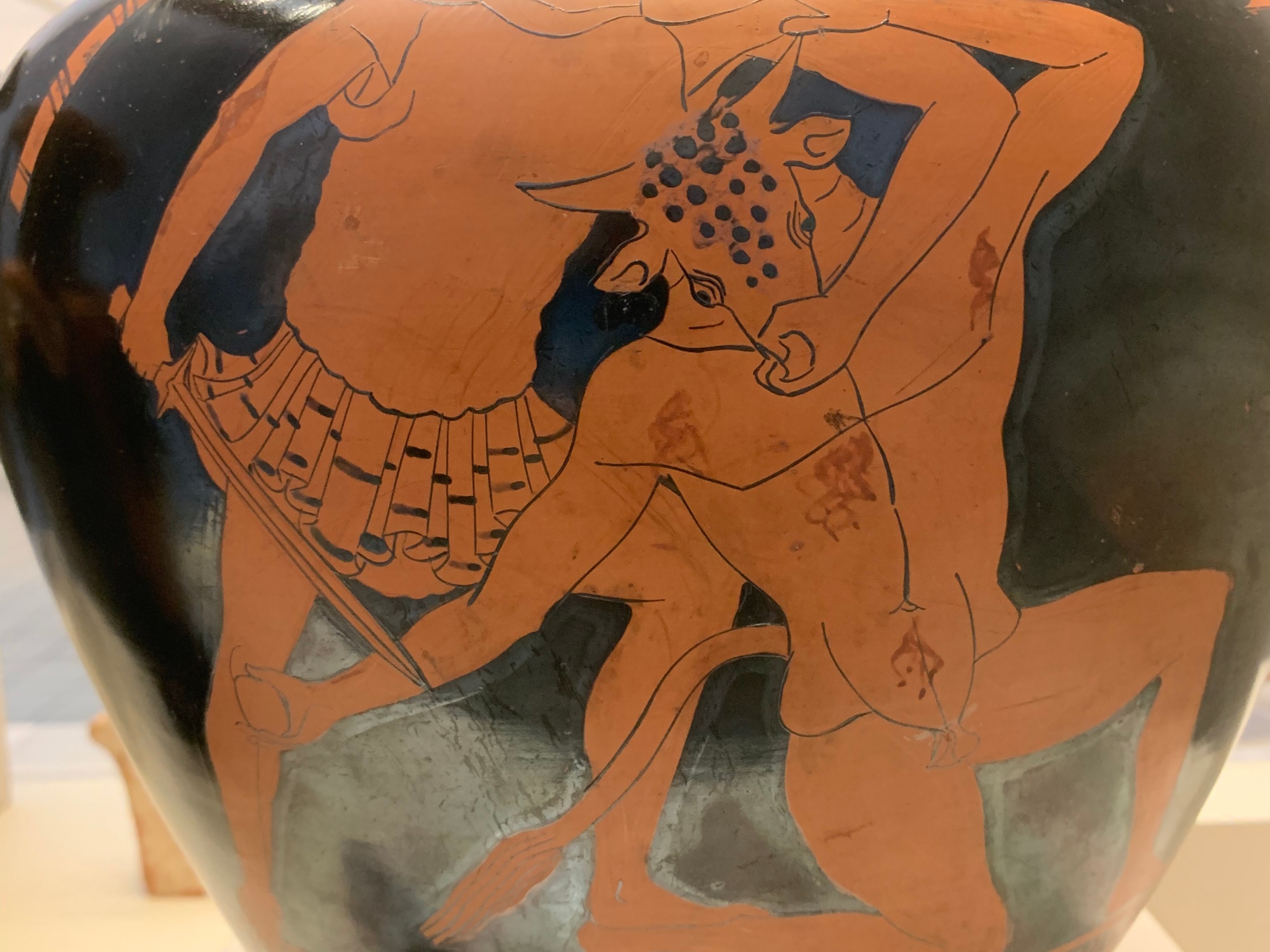 The Greek gods. They’re a firm part of our lives these days. Who would have thought? I mean, Delphine may struggle to read and to write even more but give her a bunch of thousands-of-years old myths and she’s got it covered. These stories have truly captured her imagination. Rick Riordan’s books remain the force behind this. His self-deprecating humour mixed with the canon of Greek mythology gives the reader irreverence on a colossal scale. It’s pure, pure genius. But not the heavy kind.

We hit a good compromise on the way to ballet class. For part of the British Museum trip I’d meet up with my old friend Gerry. We got there, found a pew and Gerry joined us. This was turning into a weekend of reunions – first Poppy and now Gerry. Gerry is from County Sligo, Ireland. When I first met him at university, I was the Londoner then and he was, well I don’t think he’d mind. The hillbilly.

Boy, have the tables turned. That was the overwhelming impression of meeting him again. Nice, smart, sharp clothes. And Gerry works in a hospital – he’s definitely not a city wanker. Nope, he is kind and caring with Celtic brushstrokes of eccentricity (and an awesome coat and scarf combination). It was really great to see him. Until Delphine started to tap her fingers.

Gerry nodded sagely and made a rather timely exit. The British Museum is never as promising as you hope – unless you’re really into plates and bowls. Oh, and pots. Delphine was straightaway taken back by the one particular feature.

‘Why are they all naked?’

I giggled. We’d downloaded a Greek Gods activity sheet from the British Museum and started making our way around the room. Our task was to find different gods and correspond them to the sheet. So, Hermes was watching Perseus defeat Medusa on one pot while Hercules killed the Nemean Lion with Athena looking on another. This was kind of interesting for about 15 minutes. Then Delphine’s 11-year-old form begin to sag. I held my breath for the question.

I cleared my throat. ‘I think there may be another room.’

Indeed, there was but it was also full of plates and pots. Oh and a couple of statues which were almost exclusively missing their heads. The ones that weren’t revelled in their nakedness. Delphine shook her head disapprovingly. Another 15 minutes went past and another attempt to do the British Museum children’s activity sheet. But we’re not naturals at this kind of thing. Instructions can only take us so far.

Eventually we just began to stare. We did find out that the average Ancient Greek could easily afford these pots – they weren’t priceless examples of craftsmanship as I’d first thought. Each pot was worth about a week’s salary. And they’d all be painted by the pot painter guy. Apparently every village had one – the guy who painted the crockery.

This was what left the biggest impression on us – the mundane normalcy of it. These pieces were additions to most Ancient Greek family homes. A soap opera on each kitchen table. But fast forward – and these stories are still being written in books, played out in theatres, brought to life in films. Thousands of years later.

The British Museum didn’t give us amazing views that day. It didn’t make us wonder at sparkling jewels or gawp at precious works of art. It reminded us what Ancient Greek people were thinking about while they were eating dinner or pouring out their water. It gave us a sense of perspective. A quietly priceless one. 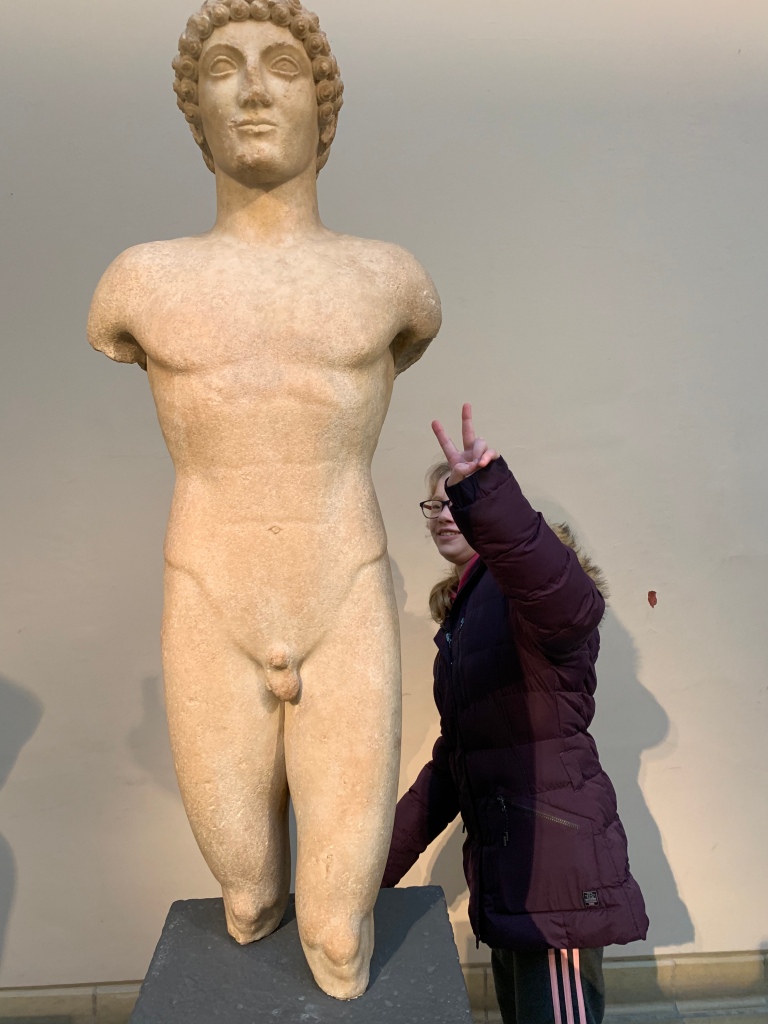