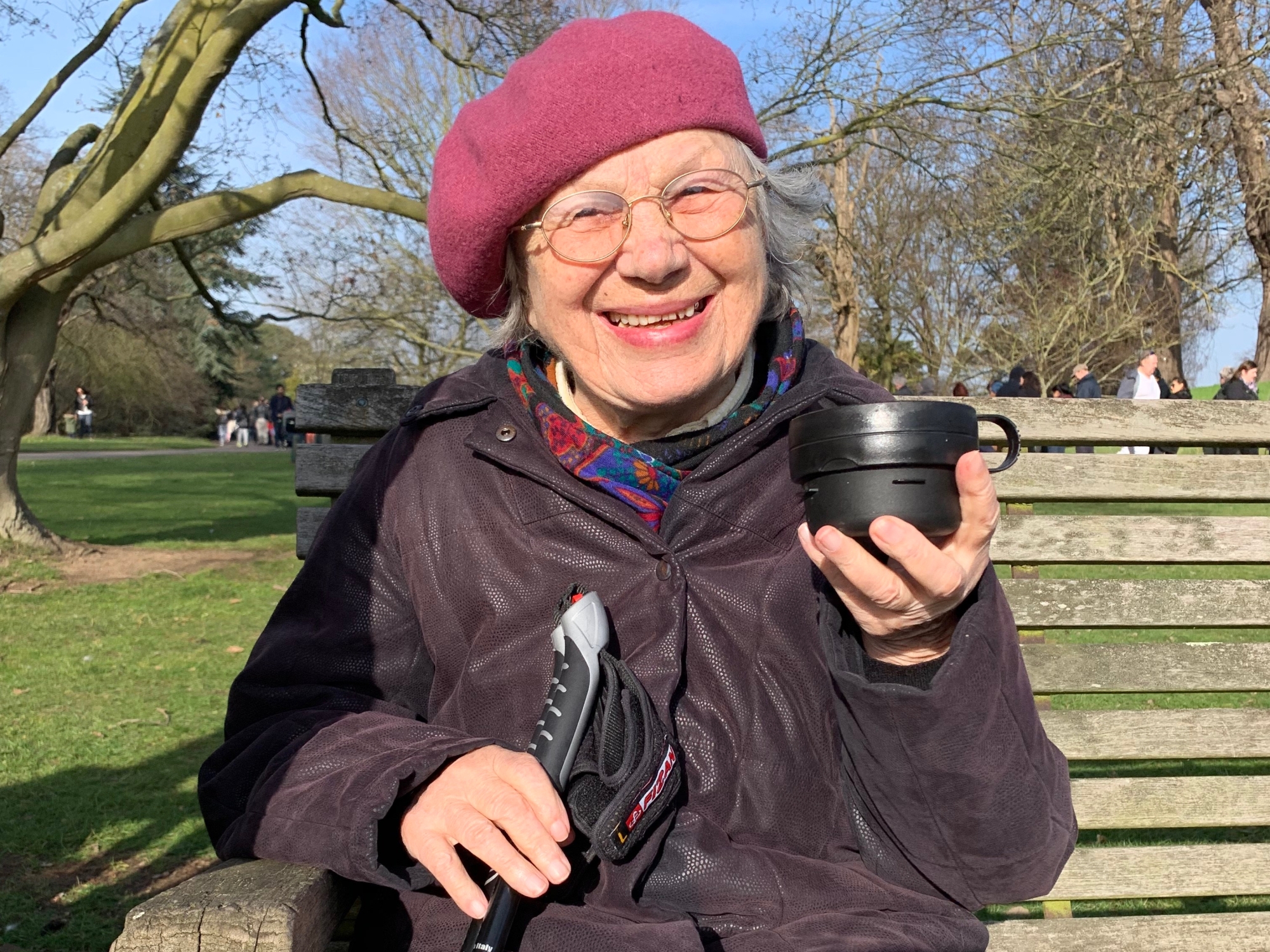 How do you describe someone who gets everything they want? Breakfast in bed (cereal with raspberries), their favourite radio show, lounging in their nightgown until midday. Sometimes they nap during mid-morning – as my mum puts it – upright with their chin on their tits. My ma has a way with words.

She’d do a much better writing job than me: efficient, no fucking worrying about verbs and constant time connectives. I like to think I’m just filling in time while she’s looking after her own mama. As soon as the old lady dies, I hope my mum’s gonna take her rightful place. Then I’ll get all the followers I ever wanted and be able to retire in Little Cayman – win-win.

Until then, the toddler is in charge. That’s what I call my grandma. Ninety-two years old in two months time. Let’s buy her a medal. And a dummy. That old lady gets everything she wants. It wasn’t always that way.

My beautiful grandma lived through the generations of war and Eastern Bloc communism. She was twelve years old when World War II broke out. Her dad was dark-skinned (read gypsy) and threatened with execution by Nazi soldiers. Her mum negotiated for his life. Their flat and possessions were destroyed along with thousands of buildings in the Warsaw Uprising. My grandma walked for hundreds of miles in summer pumps, crossing frozen rivers to try and find her little sister. No joy.

It’s almost impossible to comprehend it from my spot in West Wales. Quite frankly, I’m stressed if I have to buy extra fuel for my car. At the age I am now (forty-three), my grandma was sewing her family’s clothes. Making dresses. Planning futures. Her twins were pushed out of the house when they were sixteen. Pushed out of their country onto the first school exchange to London. People were met, visas were arranged. Heads never turned back.

My grandma’s spent a lot of time in English-speaking countries. She never learned to speak English. I always thought her refusal to learn was a way of encouraging her grandchildren to speak Polish. I learned to speak bad Polish. And when I mean bad Polish, I mean my Polish family sometimes bursts out laughing when I speak. And I’m not even joking.

My grandma has become more nationalistic over the years. ‘Poland is the best place in the world,’ is one of her favourite sayings nowadays. Alongside ‘Poland is wonderful. Awesome. Better than heaven.’ Yes, actual heaven. According to my grandma, heaven’s got some lessons to learn from visiting Poland.

And here I am lucky enough to have learned enough Polish to listen to these words. Don’t get me wrong. I love my half-country. Or I like it strongly. Ok, ok. I like it enough. I just wish everyone wasn’t so earnest there.

‘If she loves her country so much, why did she kick us through the door?’ my mum muttered. ‘Now we look after her here and she can’t speak the language.’

I looked at my mum. She was wiping her table top with a cleaning brand called furious. ‘It’s like falling on your own sword.’

She nodded. ‘One of those plastic toddler ones.’