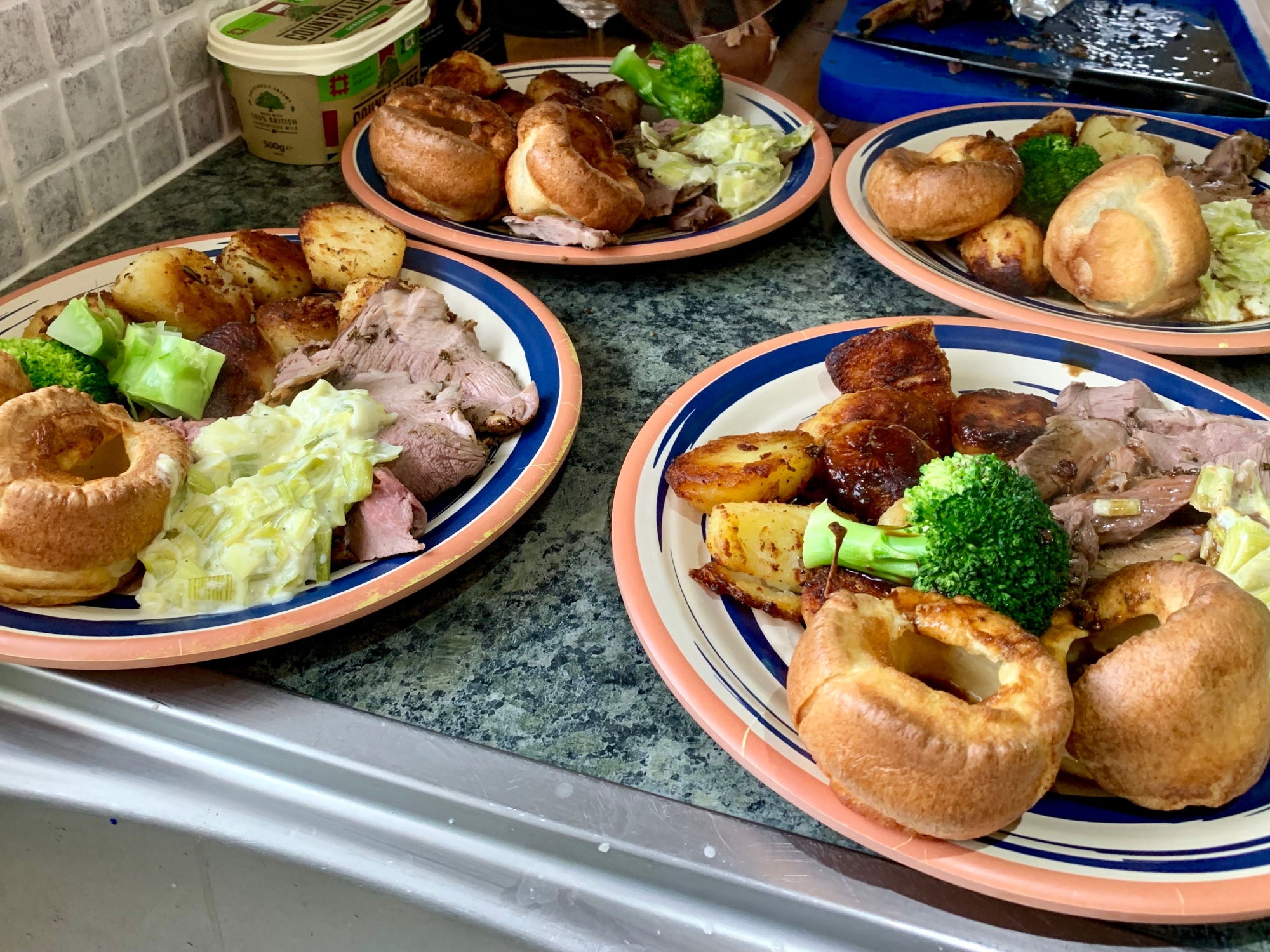 The wind picked up. A southerly had hauled itself off of the sea, being whipped up down in the Atlantic and announcing itself in time for Sunday lunch. And what a Sunday lunch it was. Jack cooked both lamb and leeks, in celebration of Wales’ national day, St. David’s Day on the 1st of March.

Did we dress up in the old-fashioned, black top hats and wear black boots and shawls? My father-in-law once made me promise to wear this traditional Welsh lady’s outfit to his funeral, but I let down the side when his funeral came. Sorry, Grandpa. The story goes the traditional Welsh female dress even repelled an invasion – the last invasion of mainland Britain. The year was 1797 and a group of Napoleonic French soldiers landed at the small village of Llanwnda, Pembrokeshire.

They were greeted by a number of Welsh women clad in imposingly tall felt hats and scarlet tunics. The women promptly shared their loot of wine and food from a wrecked Portuguese vessel and a great time was had by all. One local woman, Jemima Fawr (Jemima the great) persuaded the invaders to follow her down to Fishguard. Once there, she locked the men inside St. Mary’s Church, before carrying on, pitchfork in hand.

Fast forward a couple hundred years – our storm yesterday was named Freya. The Met Office has been officially naming meteorological winter storms since 2015, like NOAA does for Atlantic hurricanes. As well as for safety awareness, it gives us all an extra sense of drama. We were set to be hit with 80mph gusts.

Borth is pretty much as exposed as you can get so, when Storm Freya came in, everything started to shake and move. The wind barrelled down our one-street village. The sea turned white, the bog grass flattened and shimmered, and our fence rattled as we ate our Sunday lunch. Luckily, the bungalow doubles up as a bunker so only our porch, old and rickety, sounded like it might explode. When it does our wellies will go flying into our lamb and leeks!

Until then, Freya wasn’t too bad. She blew the worst of herself out by morning. Just squally storms left. This morning marked the end of Lulu’s half-term, so she got up, dressed and made her way to catch the bus to school. Delph’s school is going in earnest too. She’s sitting beside me now, working her way through a pile of fraction additions. I’m typing this sneakily, a sort of writing audacity I wouldn’t have dared of before. This is because of my double writing projects: my blog and returning to the sailing book. Multi-tasking is out in the open.

The book’s first chapter is about Wales – deciding to leave when we were fully entwined in its life. That was some strong ivy. I spent weeks and months trying to get that first chapter right. It still gets me. I mean, how do you write about a journey when you’re stuck on the place you’re leaving? Even your children’s school is full of impeccably-dressed women who shoot you down with their eyes and speak to you in a language that scrapes you back off the floor. Those women probably have those tall, black hats hidden in their locker. Wales may be not my ancestral home… but it’s a scene stealer. How on this good Earth can I follow on from that?