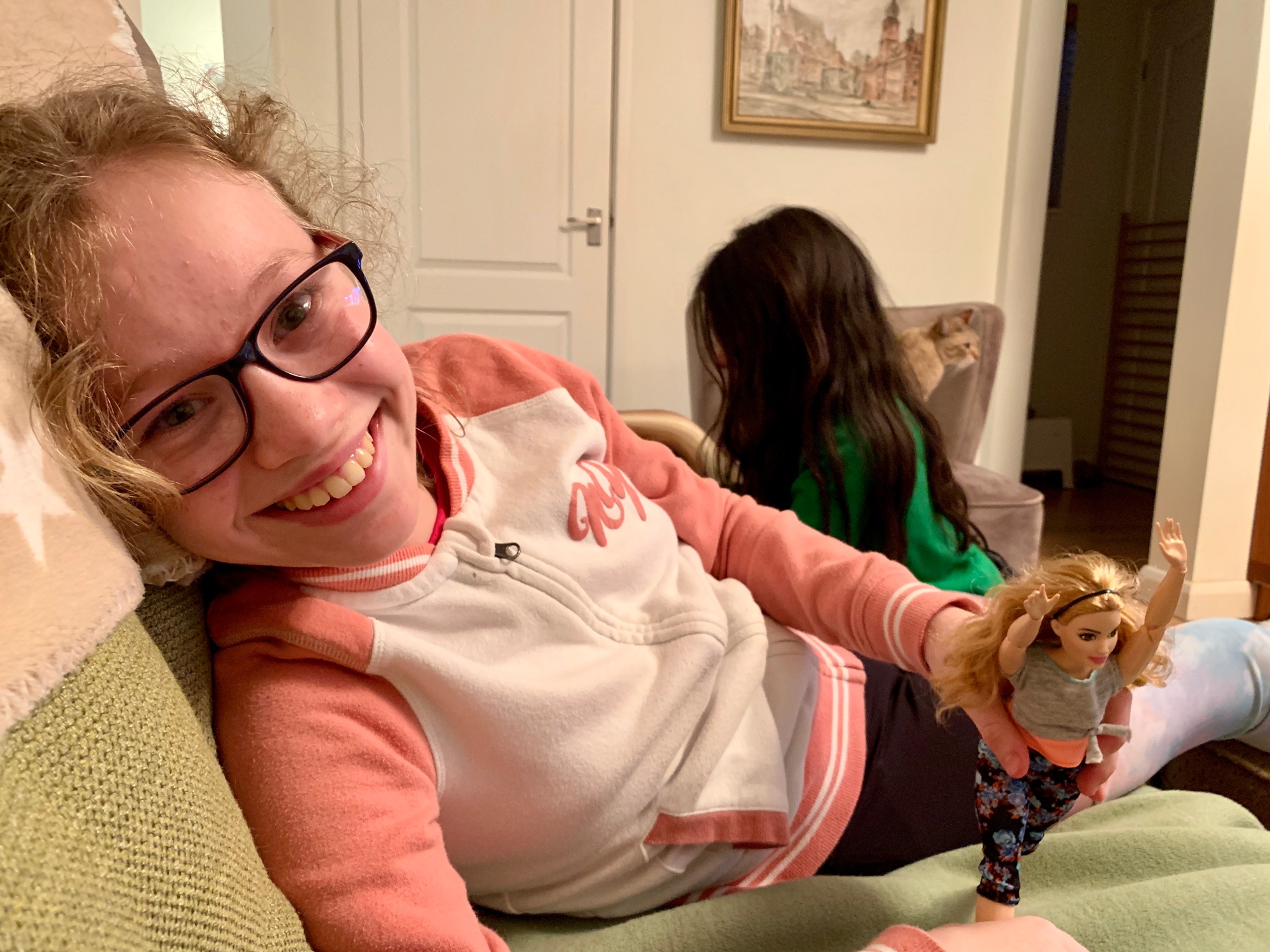 Yesterday, I was reminded about Delphine’s disability. It doesn’t generally define us. It was even starting to be a part of our lives we were proud of. I don’t mean that glibly either. We were plenty traumatised when Delph was diagnosed with cerebral palsy.

Hold on. A friend told me years ago that you get what you’re given. It stuck with me ever since. It helps me negate self-pity. And it still could have been worse. The world’s most unlucky pregnancy – two vehicle accidents (one by a drunk driver), sickness during pregnancy, having another, one-year-old baby at the time, being crazy busy at work. Then having a birth that was part of a planned emergency – Delph had it all before she was born. And she still made it. She’s here right now.

Almost twelve years later, the left foot points beautifully. The years of Delphine’s dance training have made it that way. It’s a perfect ballet foot. The foot she was meant to have. The other foot has toes that won’t point. The right foot won’t stretch unless you spend a long time trying to convince it to. Hemiplegia has literally split Delphine down the middle. Like you could fold her in half. It physically reminds us of damage and perfection. Delphine would make a great superhero – or a metaphor.

The left foot teases us. Look what I could have been if the right foot didn’t hinder me. Which one do you love the most then – the left or the right? I want to hate the right. Cry over it enough to make a crocodile proud. In order to love Delphine, we have to love both feet though. Both feet make her what she is. Disability forces – literally forces, because there is no other choice – to love the person as they are. It goes deeper than this – it makes you love imperfection. But does it make you love disability?

Delphine fell yesterday at her dance intensive. It was an accident. And yet her disability clouds the situation. Performing a lift in dance is a difficult thing to do, whether you have hemiplegia or not. But what if you do have hemiplegia? You can’t separate accident from disability. Literally, like Delph’s split-down-the-middle body.

There’s no way of getting away from it – disability makes things harder. For example, if Delph wants to join the rest of the dance intensive now, then we’re going to have to get there somehow. From West London to East London by public transport with a kid with what now seems to be a sprained foot. Yesterday we got home by Uber. Not possible to do it for the rest of the week. Ninety minute journeys through Central London add up.

Delph wants to get there. Her inclusive dance intensive makes her proud of her disability. She’s not alone. It’s a wonderful, powerful place. It’s also the place where she got injured yesterday. See? You can’t separate the two.