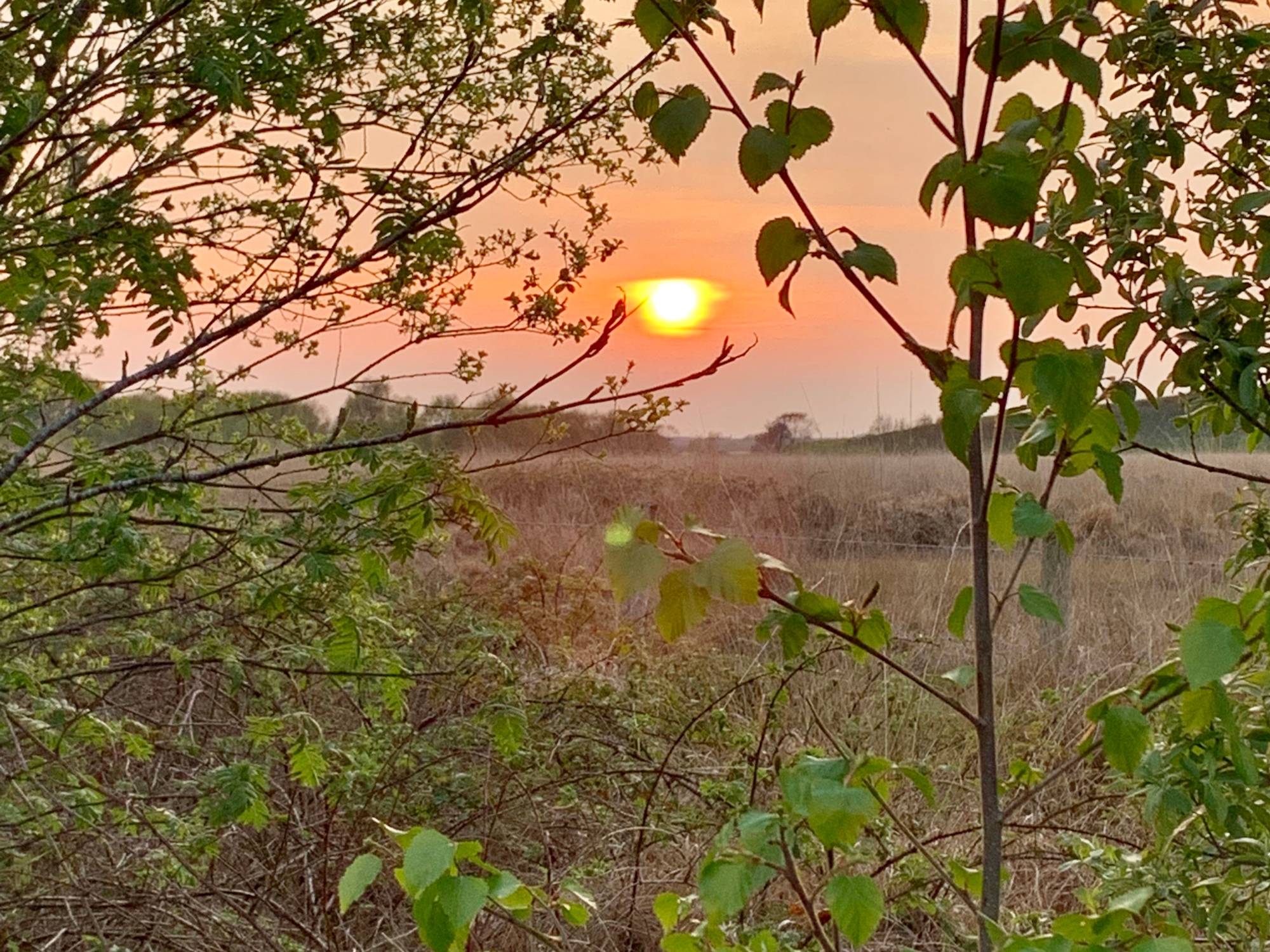 Taking Fin for a walk this morning, I passed a hippy van. Hippy vans are common around these parts. The combination of beach, dunes, mountains and forest attracts all the hippies in the land. In Borth they come and park by the sea wall. I also lived in a hippy van briefly when I first came here. I notice them now. This van had a chimney and loads of self-fitted windows. All the curtains were drawn. It had a bumper sticker that read ‘Different day, Same shit’.

This week we saw one of the most historically important buildings burn in front of our eyes– in typically modern style – on camera. Movies and reality blurred as the massive Gothic spire of Notre Dame fell. We know now it was the roof that caught fire. Also known as ‘the forest’ – 1300 trees made up Notre Dame‘s roof. Enormous single trees made single beams. Some of them were hundreds of years old at the time. And the forest burned.

Forests are meant to burn. Wood and fire are inseparable forces of elemental life. In nature, wood needs fire to cleanse and re-grow. Sure, Notre Dame‘s roof hasn’t burnt down in eight-hundred years or so, but fire was probably going to happen at one point. And why not in this era? You could argue it’s more likely to happen now with electricity and wiring and constant demands of power supply.

The heart of France burnt last week. Centuries of history, human graft, experience and spiritual centre was damaged. Experts have said there aren’t the same-sized trees in France to replace the original roof anymore. Those trees are a relic of the Earth’s past.

If the tree expert was right, a part of France is now gone. And it’s not different to the UK or to the rest of Europe – those primaeval forests are a memory mostly. If they still exist it is likely to be as part of a building. And likely to, at some point, burn.

So, is it really same shit, different day? Is the hippy sleeping on the other side of the road from my house the wisest one by leaving the confines of our difficult, modern world? I don’t know the answer. Except that we are all changing every day, turning with our planet.

Walking the bog this morning, I pass the field full of sheep and young lambs. The lambs are really, really cute. They buck and suckle and play. And we’re eating lamb on Sunday. That’s the truth of it. My auntie is cooking lamb on Easter day. The countryside gives us that reality check. Its harsh and unforgiving, just as the sea crashes into the ground. We see it, hear it, smell it. One day I’m sure the sea will crash over the sea wall through the hippy vans and down towards our house. Is that what this day – Good Friday – represents? I wonder if something new will replace it, like the shoots of fire-ravaged trees.