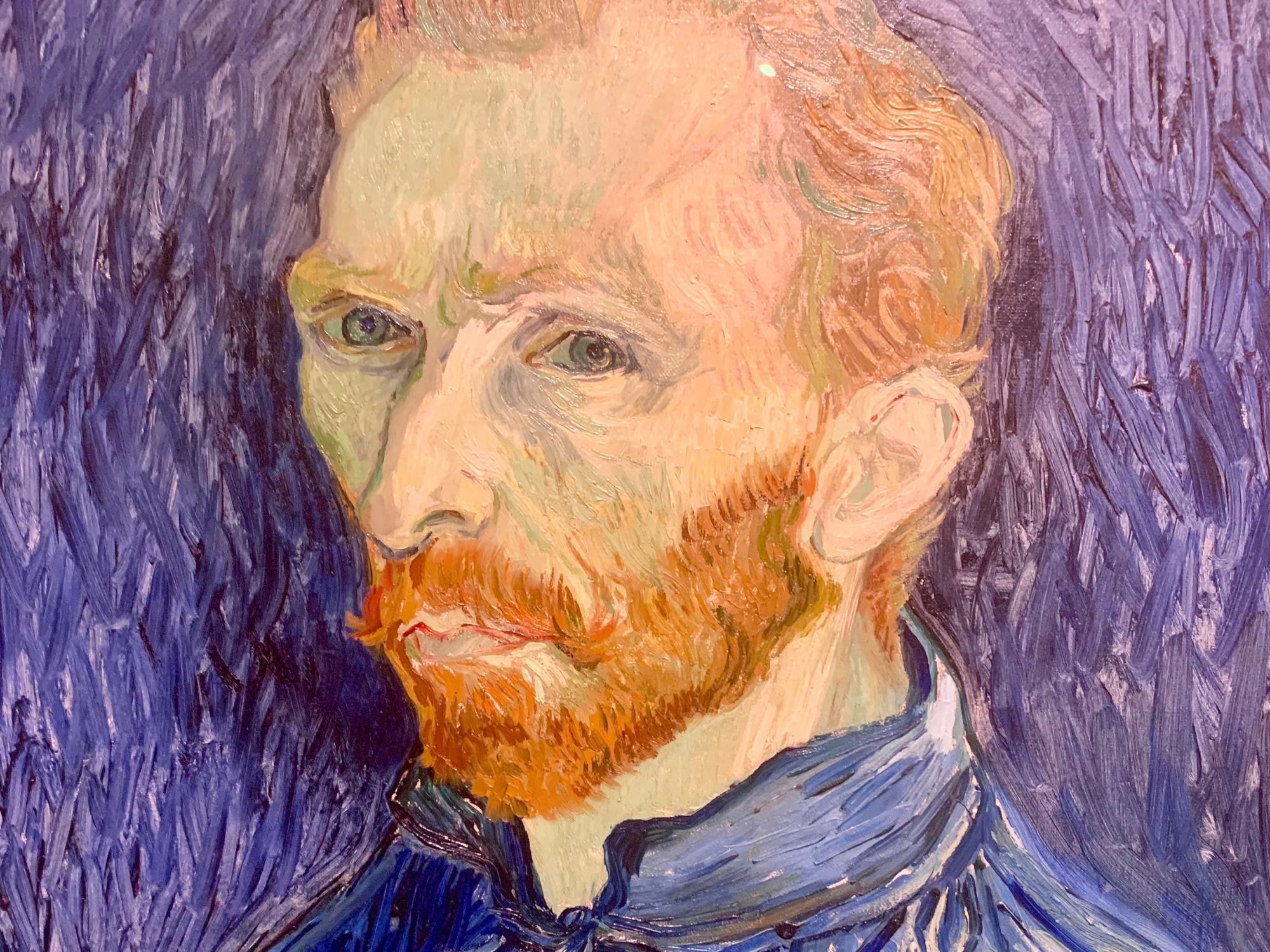 ‘One word. How does it make you feel?’

Chloe peered at it. ‘Gloomy.’

Great. This Van Gogh exhibition was turning into a real party. Plus, everywhere I go, I conduct a small school lesson. I can’t help it. I’ve become one of those people who start explaining how to calculate percentage in the gift shop sale rack. Mostly they are used to it – my poor kids. I wore them down in the end.

So with all the normal people giving me strange looks, including the lady (you know who you are) who was definitely using her wheelchair as a weapon – I have the shin bruises to prove it – only to be spotted later standing up and pushing it past the sunflowers. I was doing my work. Art is about gut first. I wanted the girls to be connecting with their instinctive reaction.

‘Why does that painting speak of depression and gloom to you? It has pretty cheerful colours.’

The girls weren’t fooled by colour though. ‘That person is sitting on their own.’ ‘It just feels sad.’ ‘All of his people look sad somehow.’

I guess it wasn’t surprising really. We’d just passed a study of people with their heads in their hands. After sketching a number of hard-luck people in black and white, Van Gogh had painted himself – in his usual cheery blue but in the same, despairing position. The tag next to the painting explained that he often sat this way in the mental asylum, as if people were talking to him and he couldn’t bear to listen.

And this is it – the legacy of Vincent Van Gogh,  what makes his work so undeniably powerful. You can’t separate the work from his story. This is convergence at its most powerful. While his visions became darker, his patterns got more swirly, depicting the natural energy in trees and the sky. His colours became more vibrant as the short paintbrush strokes highlighted his feverish energy.

This contrast becomes increasingly paradoxical until.. well, the end. A barely finished picture of the little farming hamlet he’d later be fatally shot in/or shot himself in. The tag next to the painting asks what everyone wonders. Did he have a premonition? Or was it a visual plan? We all go by it and hold our breaths again.

The life is woven into the work.

Krystian and I stare at his last self-portrait. Vincent’s super-skinny by this point, good ear visible while the cut ear pointedly isn’t. His skin is yellowish, framed by bright blue, short-stroking background.

What would Vincent think of all this fame now, I wonder? Would he have been proud of his legacy?

I note the wheelchair lady walking past, pushing her wheelchair again. I resist the urge to point. Krystian looks at the crowded room.

‘He’d probably have killed himself sooner if he knew.’