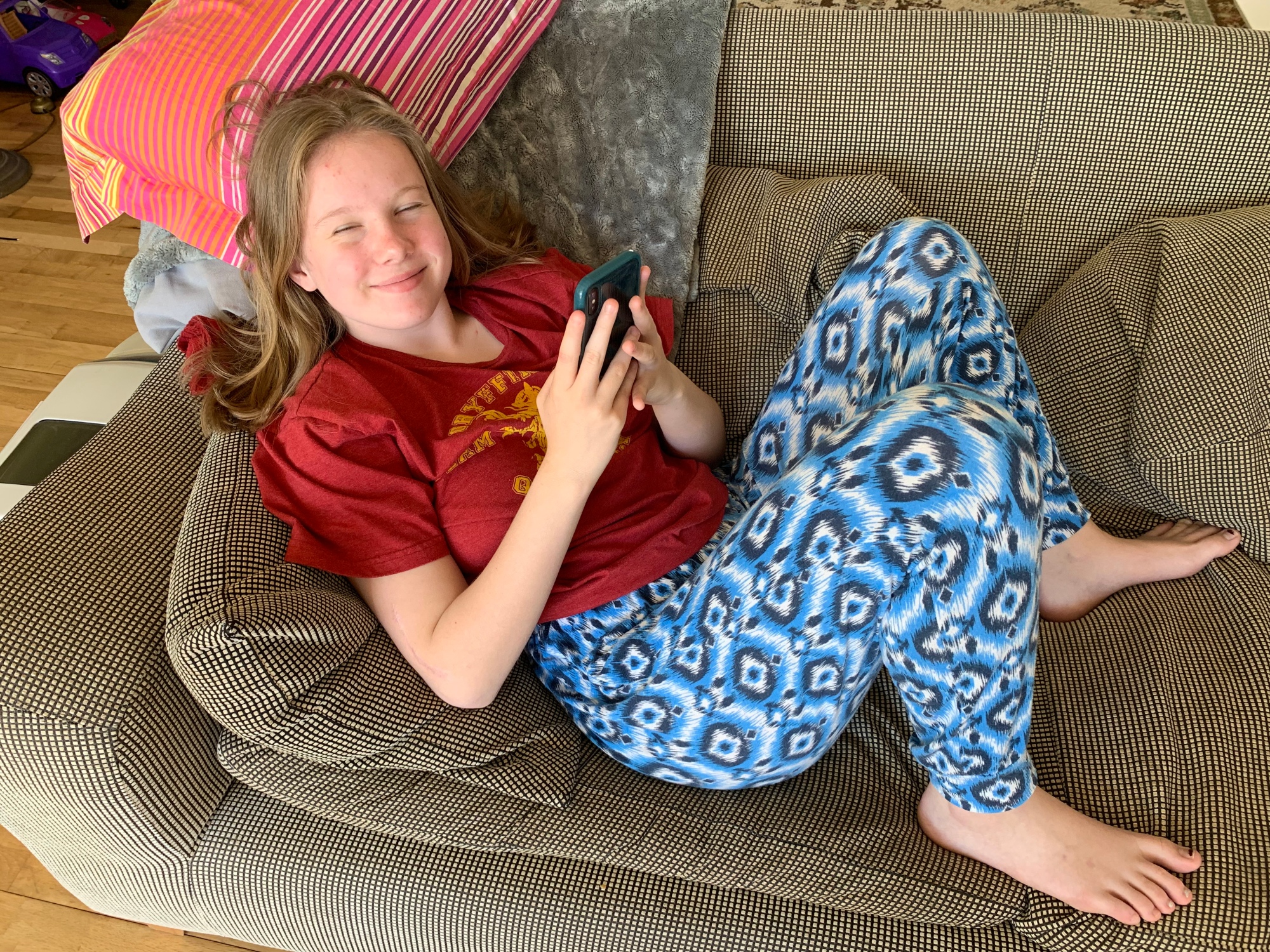 Kids, kids, kids. I feel suckered to them like a limpet. You can smell it in the salty air.

I was never a person who definitely wanted kids. I didn’t grow up around babies, I had a small family, I didn’t feel the pang of motherhood. It’s a little bit true that if I hadn’t worked in the IVF industry, I wouldn’t have thought about my own fertility so much. Is it awful to say that one of the reasons persuading me to have children was to make sure I wasn’t infertile. Still, you try working around people with a specific biological problem and see if you don’t start obsessing about it. It takes a strong person to turn the other cheek. Fourteen years ago today, I started to reap those decisions.

I went into labour about eighteen hours before Lulu was born. My waters broke – not in a gush but a slow leak. I called my family excitedly from the bathroom and waited. This was truly the eve of not knowing – not knowing what would happen, about what children would bring and what birthing pain was like. Up until that moment, I had my bag neatly packed, nappies that would prove much too big, nothing tried-out or baby-tested. It was the last quiet moment of my life.

It seemed so easy. I’d been watching Shrek 2 one second – I was still ten days early and had only just started my maternity leave, and in labour the next. The next eighteen hours would be eye-opening with no pain relief to make any of it go away. I hadn’t wanted a medicalised labour if possible. I’d planned a natural birth at Hammersmith Hospital’s Birth Centre. Through the large, Victorian hospital windows, I could see our IVF labs on the other side of the courtyard. There’s our incubators., I thought. But I’m getting ahead of myself. I’m not in hospital yet.

Squatting on the bathroom floor at home – ok, this was starting to hurt. Time to time the contractions. You aren’t supposed to consider going into hospital until 5cm dilation or when contractions are around the same interval – the five-minute mark. My labour was completely un-trackable though. For some reason, I had irregular contractions which made my labour impossible to time. We’d have to go on dilation alone, which none of us were prepared to take a look at.

I ended up spending the night in the spare room. Jack, bless him, slept in our bedroom. I know he slept because I had to tell him to stop snoring. By dawn though I’d had enough. My mum came over and rubbed my back for a while.

‘I need to go to hospital,’ I groaned.

Jack drove us. Fast. I can still feel the bumps in the road. It was scary too, the relative normality of being in a car not knowing what would happen to my body next. Growing that bowling ball inside my stomach had proven quite fun as an exercise. Now it was actually going to come out? How would that be possible without exploding? Something big was going to have to give.

‘You’re only a centimetre dilated,’ the midwife explained to us half-an-hour later in the Birth Centre. ‘You can go home.’

’I’m not going,’ I muttered with my legs still lifted. I might have howled it. That bit I can’t remember. But I did refuse to go home. Try and make me leave. My room now. And my instinct was right. My uncoordinated contractions meant that when I started to dilate, I really dilated. One to eight centimetres in an instant. I might actually die, I remember thinking in a moment of clarity. Death could  be possible here.

I hated the gas and air on a long hose in the Birth Centre. It created a dizzy, out of control mess. Instead, I had a natural drug that helped me along. In between contractions, I fell asleep and dreamed. The dreams were so intense I can only describe them as hallucinations. We were building kitchens, going to nightclubs – every dream was a whole world. Then I woke up and had another contraction. Eventually the midwife, a total stranger with short hair and a steady gaze who I quickly decided to trust with my life since she was definitely the smartest person in the room, told me to push. So I got on my hands and knees and pushed.

And Lulu was ginger! Well, a kind of strawberry blond. A total surprise. Her eyebrows are exactly the same fourteen years later.