Like the ABC’s – C&D are two letters that go together. Chloe and Delph. Most of the time, these two are a self-sufficient unit.

‘Where are they?’ Ela, Chloe’s grandma likes to ask, when she wanders into my mum’s house from next door.

‘Upstairs, outside, in the garden,’ is my usual reply. Mostly though, I have no concrete idea. At the same time, I’m never actually worried about those two. This is because Chloe and Delph just like being together. They play, they hang out, they draw, they watch movies. Delph dances, Chloe sings.

I’m not saying that things are perfect between them. Like any two humans, conflict is inevitable. These two have situations like everyone else does. They just won’t tell you about them.

For example, Chloe came downstairs on Saturday night with a glum look on her face. Now, Chloe can do glum pretty expertly – it’s no fun being with Klo when she’s in a bad mood. Still, you don’t see it very often. And with Delph, she hardly does it at all.

‘Are you ok Klo? Is everything alright between you and Delph?’

‘No, it’s ok,’ Chloe said without skipping a beat, ‘we’re working it out.’

What does this mean? I couldn’t know – since Chloe wouldn’t say any more. She went back upstairs after a few minutes and I waited, then went up to their room. They were in bed together watching a movie on the laptop. I peered at them. ‘Are you both ok now?’

They looked up from the computer screen. ‘Yeah, of course. We worked it out.’ And that’s all I got. The rest was mysterious smiles.

These two have spent a lot of time together the last few days. Three sleepovers in a row (two at Klo’s, one at my mum’s), two trips to the pool, two outings to the park, one afternoon at the movie’s and one slightly spooky trip to the old cemetery in Hanwell. And in between, helping me to look after three cats while the twins were away and making sure Babciu (our favourite toddler) was ok.

So maybe it was no surprise, when we were coming back from Osterley Park in Krystian’s car with the neighbour’s kids Ella and Leia with us too, Delph answered Krystian’s question, ‘Aren’t you guys a little fed up of each other yet?’ with, ‘Yeah, kind of.’

A little bit of gurgling in the back of the car. Slightly embarrassed looks. We got back to my mum’s, said goodbye to Leia and Ella and went into the house. Delph sat on the sofa to take her leg splint off and Chloe sat down next to her. I disappeared into the kitchen, then came back into the living room a couple of minutes later to find Delph crying.

‘Chloe was here and she left.’

‘She’s angry about what I said about being fed up of her.’

Just then, Chloe came back into the living room. She stopped when saw Delph. ‘What’s happened?’

‘Delph is a little worried that you’re mad at her for the car comment,’ I said as casually as I could. You know, not to make it into a big deal. I glanced at Delph to make sure she didn’t mind me saying. She didn’t look thrilled.

Delph wiped her eyes and breathed for control. ‘But we sat down together and you got up and left.’

‘But that doesn’t mean I’m mad, Delph! I just got up to do something.’

‘You can just say that you didn’t mean it, Delph,’ I said and passed her a tissue. ‘Sometimes it helps a person feel better.’

Delph nodded heavily and wiped her eyes from under her glasses. ‘I didn’t mean it, Chloe. I’m not fed up of you.’

Chloe smiled good-naturedly. ‘I know. Now do you want to go upstairs and play?’

‘Sure,’ Delph murmured to her cousin, ‘I’d like that.’ 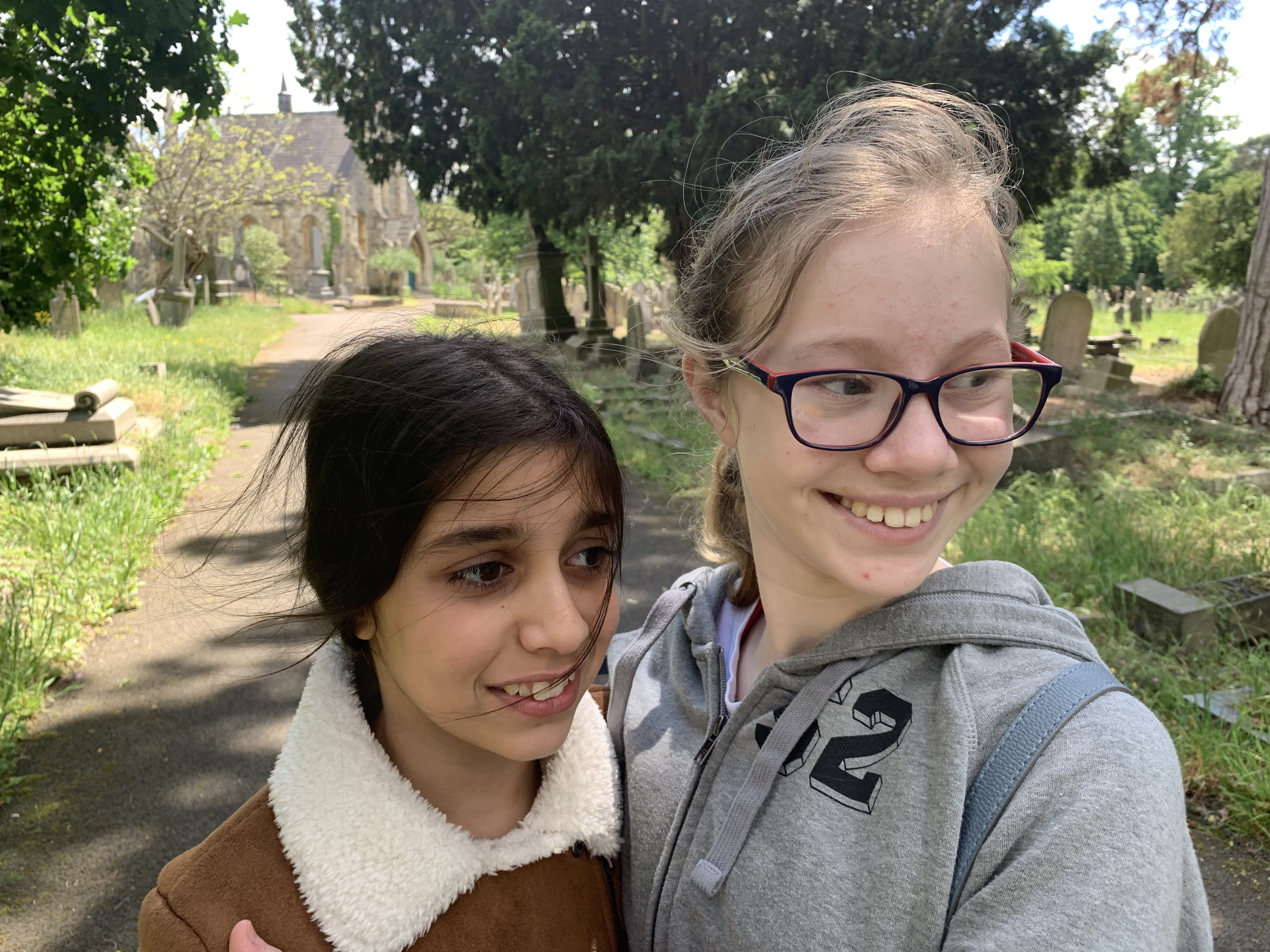 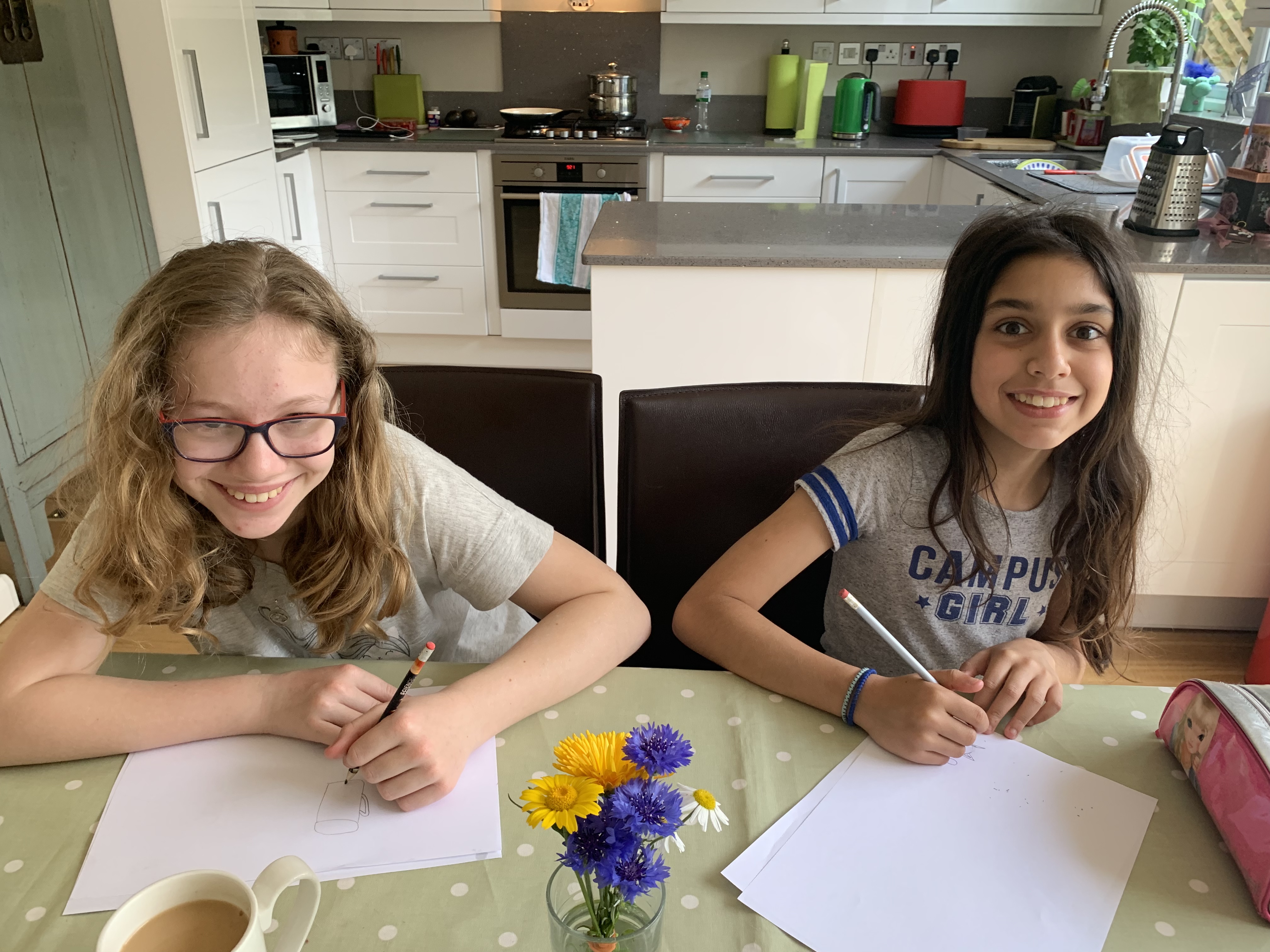