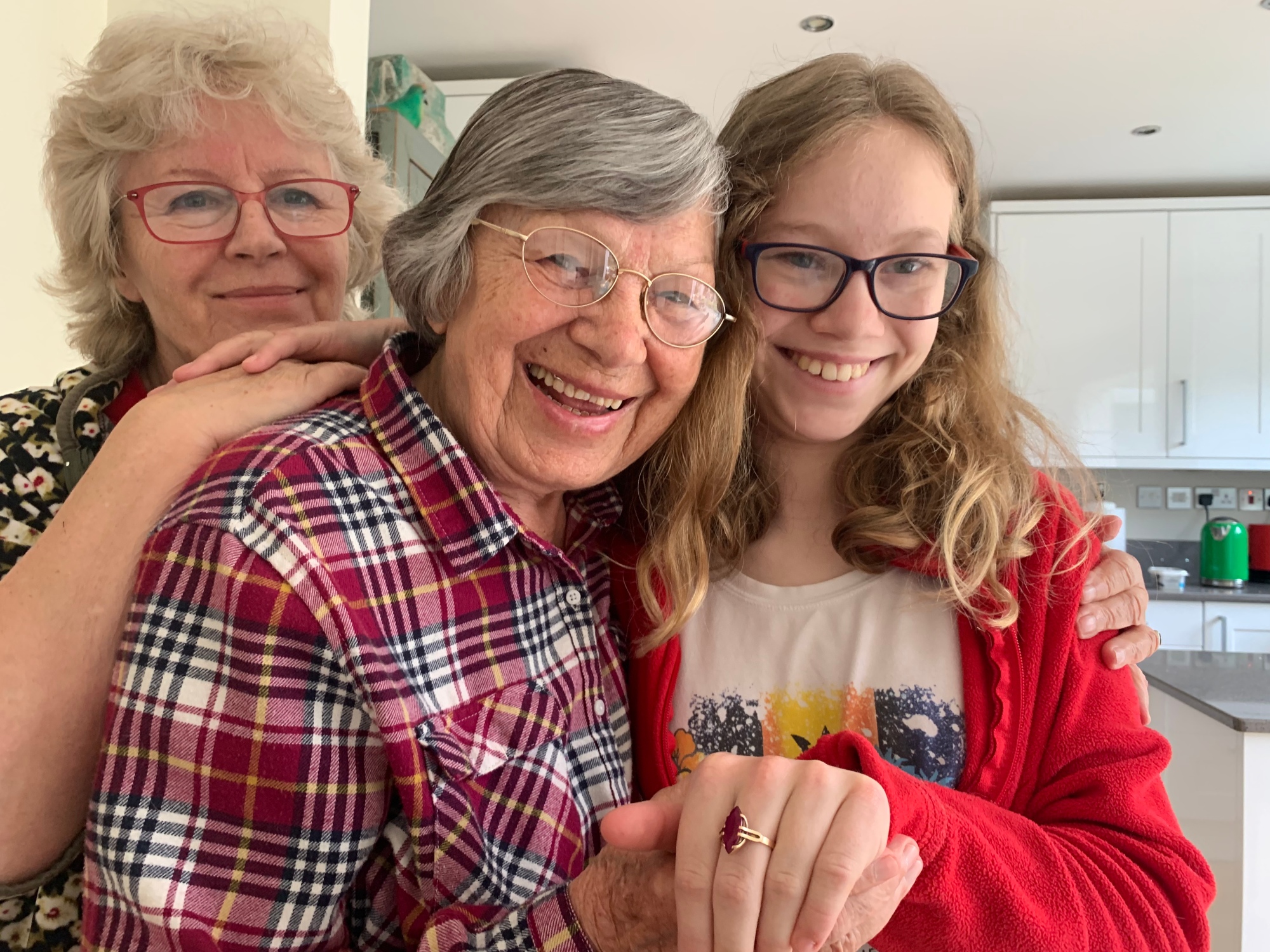 Being old school means that I spend a lot of time talking to dead people. Yep, I know. One of the perks.

Why is it the people who usually love you for just being you are also the ones who leave first? The kind of love with no personal interests. Granddad Harry – shot twice in the Second World War and later Superintendent of Sussex Police, Granddad Adam– Polish pilot, engineer and anti-Communist officer in the Soviet-Polish Air Force. My Grandma Ivy – she loved me the best. I wish I could assign an amazing career next to Ivy’s name, but being the wife of a British police officer in the 50s and 60s meant having no career of her own. I don’t mind of course, but I think she did.

I’m lucky enough to have one grandparent still alive. My Grandma Wanda, married to Adam. 92-years old. Don’t tell her I told you – she once shouted at me on a bus for telling someone. I was only trying to get her a seat! Anyway, I take it for granted now because she’s not the same person she was even two years ago. It’s still hard not to think she’s remaining on this planet because of her tenacious loyalty to us. Dedication. Commitment. Making sure we’re okay means she has to stick around. This has always been her main goal. And she wouldn’t say no to a bit of material gain either, but hey, she was a teenager in Warsaw in WWII.

Wanda never learnt to speak English. Back when she had more mental capacity, she could wing it. Real good. She used a combination of her charm, looks and the linguistic approach of a stewardess. She could ask, ‘Tea, coffee?’ to any visiting English person with impressive bluff. Nowadays it’s harder. I’m not knocking her either for it – her sphere of understanding has just concentrated.

The problem isn’t her’s anyhow. My grandma is sorted. She wants my mum and Ela to travel with her wherever she goes and mostly she wants to go home to Poland. The problem is that keeping her home alone is risky and, unless my mum and Ela devote their lives to running back and forwards to the outskirts of Warsaw, she’s probably an accident waiting to happen. We’d be employing luck. As we know, luck is a fickle employee.

What to do? Well, Mum and Ela think they found a solution. In Poland, it’s common for country women to come to the cities to look after the elderly. A version of a care home in people’s own homes. And if we can get a kind and caring woman for the job, it means my grandmother can stay in her beloved flat where all our heights and our children’s heights remain on my grandfather’s office door. She could still look after us spiritually, via prayer hotline and stare at her favourite view – the tall trees outside her flat, without worry she’ll fall over, get conned again by the local gypsies or other such mishaps. Indeed, the twins have even heard of a woman who comes highly recommended and is close to looking for a new employer. Strange feeling wondering when the current employer will expire. No pressure or anything.

In the meantime, they suggested this idea to my grandma. Did she like it? Was she like, ‘Yeah that is practical and a highly workable solution. Now you don’t have to rush around seeing to my every need. I won’t have to complain when I’m in the UK being served breakfast in bed or getting to watch Polish TV for as long as I want without even having to press the volume button on the remote.’ Did she say that?

Ha! Her verdict was unequivocal. ‘I will not have a stranger living in my house. And it’s not my fault I didn’t learn English – I was too busy sewing, cooking, chatting and staring at my favourite trees.’ Okay, I put that last bit in. But I know she thinks it.

‘Fine,’ Ela said, ‘but if you think that we are going to spend the rest of our lives bowing to your every desire, you’ve got to be joking. If I were in your position right now, I’d be kissing hands in gratitude. So remember, the next time you wanna go home, we’ll come back with you for two weeks, kiss you goodbye and we won’t see you again for some time. Because we’re going to live our own lives.’

How did my grandma take it? As I write this, she’s been admitted to hospital. And I’m on a train going to see her. Wanda’s definitely consistent.