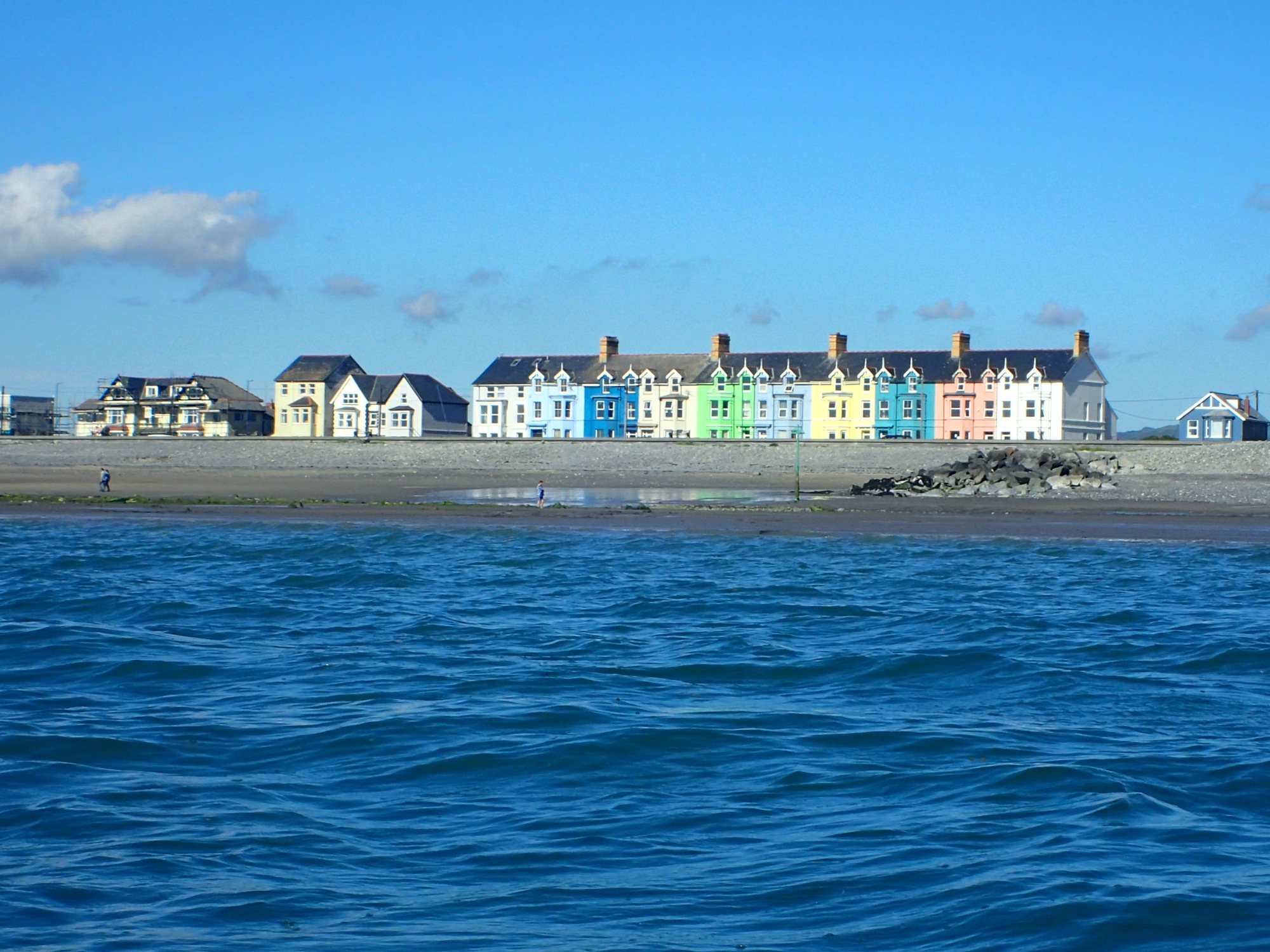 After a week of constant summer sunshine, our village has gone into overdrive. Cars are piled up on the side of the roads, the beach pulling them closer. And our one-road village, bordered at our end by a concrete seawall, is butt-ugly. Really. Not a tree in sight able to withstand wind and salt. Or a patch of concrete that hasn’t been adorned by seagull effluent – thanks in part due to Vronnie’s seagull colony.

I’ve been dragging my kayak across the road every day this week. Today, I went out at low tide – low tide meaning a lot of a beach. A lot of beach covered or rather uncovered, by the petrified forest underneath. It’s a natural historian’s dream. Covered in seaweed and part-tree, part-rock pool, the 5,000-plus year old forest reminds everyone who gets on the other side of the sea wall that climate change is not a new thing.

If you go further, things change again. Suddenly the concrete feels distant. The parked cars and the people alongside licking ice cream with vapid, post-two-hour-drive looks on their faces, don’t belong here. Ten metres out and jellyfish are ruling this neighbourhood. Twenty metres out you’d be swimming. Breaking waves turn the sounds of cars into white surf. The blue horizon becomes suddenly endless. This isn’t our world anymore and it’s nice to be visiting. The line between civilisation and nature has become thin as thread. I like this line.

A piece of floating jetsam caught my eye. I stared at it, confused. Were are those human turds? I passed one brown, wrinkled, slightly fuzzy ball, and then another, and another. They were adding up; quickly twenty turds in the water. Hold on. I suddenly remembered these identical-looking human turds are in fact seaweed balls. I almost picked a piece up to squash between my fingers to confirm. Almost. I could do that any time.

It made me remember another turd story. When we turned up in the Caribbean island of Barbuda four months before Hurricane Irma tore it apart in 2017, it was the wildest, quaintest place I’d ever been. The main anchorage was set off the island’s most luxurious five-star hotel. We had our friends, James, Sarah and Amalie staying with us too, having flown from the UK to visit, and it was an absolute pleasure to show them this corner of the Caribbean.

Until James pointed at the water and said, ‘What’s that?’

I followed his finger down to a huge turd floating past in the turquoise clear sea.

I said, ‘It must be a one off. Maybe from another cruiser.’ I looked accusingly at the other sailboats dotted around us. Like people who steal from their own street.

Still, it didn’t seem right. This was a whole human turd, not the macerated brown clouds boat sea toilets tend to chop up. We’ve stayed in enough anchorages to see this fish food cumulus enter the water from anchored vessels, including ours. Just as the turd floated off and we were finally ready to jump into the slightly, now-less-than-paradise water, another turd floated past. It should have had a flag stuck in it. I don’t think it was those strange, brown seaweed lumps you get here in Wales either.

Eventually, partly due to the floating presents, we moved to another, even wilder anchorage in Barbuda. So wild that at sunset I went outside and found a small dolphin nosing around Quest’s stern. It was as if she was checking out our swim ladder and trying to figure out if she could climb up. This is the thin line between humans and nature. Turds included.