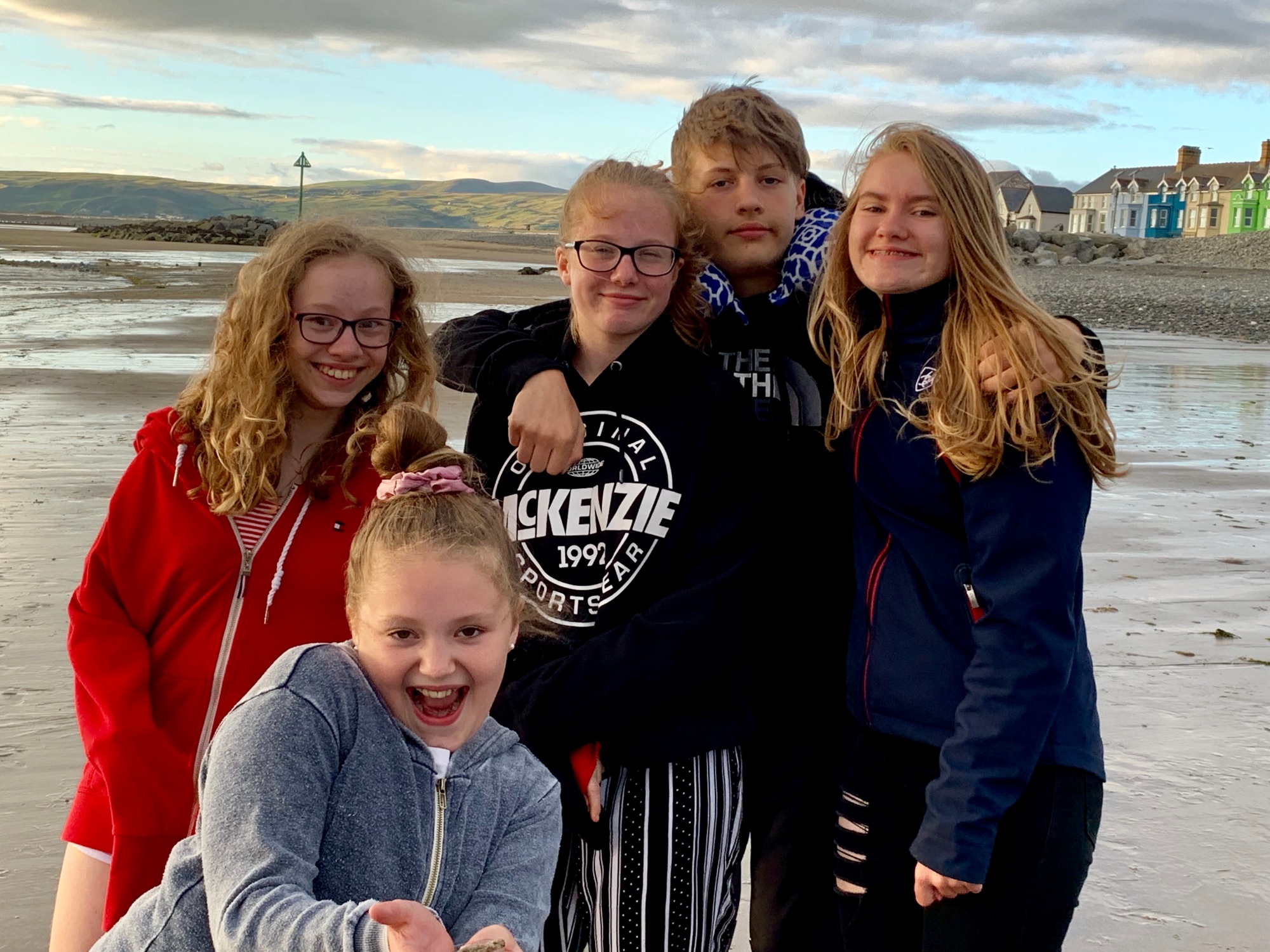 It’s the romance that gets me. Where does Lulu get it from? I mean, Jack and I aren’t exactly a model of the PDA. It’s more the annoyingly juvenile model of a husband I have – definitely not the ‘look into my eyes’ type. To be honest, I’m not sure which type I’d prefer.

After this weekend, I definitely know where Lulu’s preference lies. As she and Jamie were lying on the trampoline together holding hands and gazing into each other’s eyes, it was hard not to grab a stick and prise them apart. Yep at that moment, a stick would have been super handy. I don’t know why exactly – since on paper they looked cute together. Is it jealousy? Am I jealous?

I claim umbrage. And not just me. Aaliyah’s mum, Hayley walked through the garden gate to pick Aaliyah up and clocked the two young romantics.

‘Aaliyah, don’t ever do that in front of me until you’re thirty.’

Hayley turned to me next. ‘How do you cope with it?’

I shrugged. ‘You don’t have a stick handy by any chance?’

It really is the most peculiar thing. We’d been watching those two gaze at each other all day. There’s no choice really – since they’ll either do it on the trampoline or in the bushes. The trampoline wins.

A person surely has to be born with a sense of romance to do this sort of thing. Love for love’s sake. It’s not really my bag. Why not? I’m not really sure – perhaps the shame in me was too strong. And when I was Lulu’s age, my parents had just split up. Didn’t seem exactly right to be buying into the wonderful world of romance. Who knew then it was lurking so strong in Lulu – the child who was openly scared of men until she was post-toddler stage. She spent years hiding behind my legs. And here she is now – so happy to be in male company. That kid is full of surprises.

Having five of them to look after all day brought its emotional challenges. Not for me – cooking and washing up on repeat was a resigned monotony, but you still need one ear open for the other stuff. Like when Delph walked silently past me and closed her bedroom door. Delph never closes her bedroom door.

I dried my hands, knocked and opened her door. ‘Are you ok?’

Weeping Delphine on her iPad. ‘I didn’t mean to and it wasn’t my fault,’ she spluttered.

She wouldn’t say. I went off to the living room to investigate. Everyone – Amalie included, was cuddled up on the bed together. Great.

Lulu explained, ‘We were just playing and Delph hit Am’s bum by accident and we made a joke about it and Delph ran off. She’s not crying, is she?’

I went back to the bedroom. ‘Delph, are you really upset about that? They said it was just an accident.’

More weeping. She wouldn’t look at me. ‘But I didn’t mean to!’

Ok, it seemed then that Delph needed some peace and quiet more than anything. Time to calm down.. Plus I had to fry mince meat for nachos. I’d found a new recipe that would feed an army – of five never-ending, hungry teenagers. Fin was also waiting around hopefully by the fridge door.

Lulu came up behind me.

Lulu came up behind me. Stepped over Fin.

She came close to my ear. ‘I don’t want to make a big deal out of it, but I think Delph might be a lesbian. I wouldn’t mind of course. It was just the way she got so upset when she smacked Am on the butt and we joked about it.’

Amalie came up behind her. ‘Yeah, my sister told me the other day that if I was a lesbian, she’d fully support me.’

I shook my head and dipped my hands in the sink. I felt the hot, soapy water warm them. ‘Well, if she’s a lesbian, it would make my life easier.’

‘How does it make your life easier?’ Lulu queried.

I couldn’t begin to explain.