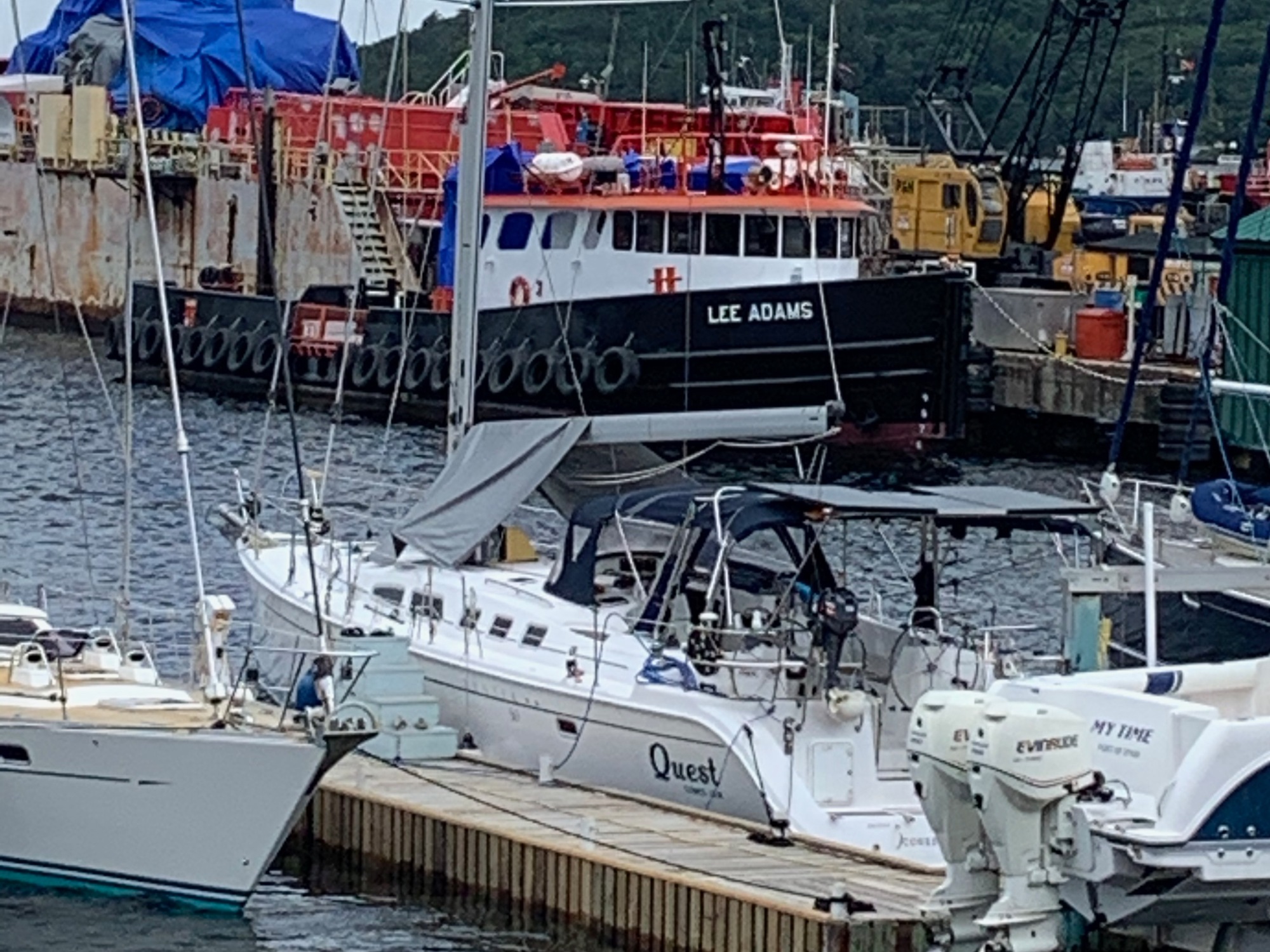 The air-con guy came to service Quest’s air-con units. He emptied the old gas and re-filled the units with Freon-22. All things were well, until I started cooking dinner. Why is this food burning my throat, I thought? Is the tomato sauce supposed to smell this weird? As I kept inhaling, my head was getting more and more muffled.

‘Lu,’ I muttered eventually, ‘do you feel a bit strange?’

I stopped. Checked the air-con unit. Quest’s vents were no longer blowing cool air. This meant the air-con gas had probably leaked into the boat. With all the windows closed, and now the gas stove lit, it seemed likely we’d just inhaled it all. Oh crap. I quickly turned everything off. Opened all the windows. Lulu and I went outside and took deep breaths to try and counter the swelling in our lungs and throat. Jack came home and plugged Richard’s unit back in. Thank goodness for Richard’s unit. Just sayin’. The air-con guy is coming back on Thursday.

Delph didn’t answer. I froze in my tracks. Was she silent because she’d passed out on her bed? Was she hopelessly unconscious from breathing in the toxic formula of Freon-22? Apparently Freon-22’s not that toxic in the long-term. I looked it up. Fingers crossed. Anyhow, no, she wasn’t unconscious. She was wearing her headphones and watching Jessie. She let out a giggle, as she’s doing a lot at the moment. Wild giggles come frequently out of her room. All the while she asks for nothing except sustenance and clean clothes.

This is Delphine. Although she’s no longer the kid who’d rather hike in a dark jungle without mozzie spray than do school work. Granted, she’s still not particularly enthusiastic about starting it, but once she sits down to read… this kid really reads. It still makes me gasp – though I do it silently now as not to distract her.

Having worked with phonics books for some months – not the ‘young reader’ books that flood the market, but specialist phonics books for older readers who do not like to feel patronised by cats and hats or toads and roads: these seem to have been key to Delph’s increasing fluency. Her reading confidence is leaking into other areas too. For example, after protesting she couldn’t do simple multiplication just a couple of weeks ago, well, now she’s doing long multiplication. Then Delph swore she couldn’t do division. Ha! She is finding answers exceeding five decimal places.

It’s amazing, listening to her read her English class textbook, Kensuke’s Kingdom by Michael Morpurgo. We’re so proud of her. She’s smiling. This is her level. She’s doing it! I only wish I’d had a Tardis to have come and glimpsed it before. Though that would have been kind of weird. Hmm. Two of me in the saloon? Maybe I am still feeling that Freon.

One thought on “A Lot of Gas”