Actually, there’s two parts I wanted to write about… dammit! I’m always getting ahead of myself.

Especially today, as the girls re-started school after half-term. We last did school over two weeks ago in Trinidad. Their school, InterHigh, has had a two week half-term. Two weeks! This means the girls last had school before we moved anywhere on Quest. Despite the beauty and blessed nature of Trinidad, the air seemed as heavy as a stone back then.

Perhaps the heaviness was part of our trepidation of setting off. It turned out, school-wise, to have been a perfectly-timed break. We had six weeks of getting used to a five-hour time difference, school routine in Trinidad.

The adventure we’ve had since has made these two weeks of travel seem longer. I’m pinching myself writing this as the sea rolls under us like a gentle blanket off Mustique’s coast. We finally had some good, old-fashioned luck! And the clocks have gone back 😊, so five hours is now four for school time. Keeps getting better.

So, where was I? Oh yeah – the other part of Mustique. I’ll start with the people. Alf, our tour guide, is from St Vincent. It’s only about 20 miles away. The ferry comes back and forth from what they call ‘the mainland’. St Vincent: the mainland? What do they call an actual mainland – a continent?

Now that I think about it though, the Scilly Islanders do the same. They have a UK post box with two different slots – one for the local islands and the other entitled, ‘mainland’. Ha! Since the UK is also an island, it must be me. I must have the wrong kind of definition.

Alf did say that the many people who work on Mustique treat it akin to working on a cruise ship. An island as a cruise ship. St Vincent; their mainland. Got it.

On our tour, we passed where the workers stay. Small, military-like dormitory houses. Washing lines are strung outside each unit. Clean and perfunctory. Alf told us that his wife is the community nurse on Mustique. They have two daughters, 8 and 2, on St Vincent. Their daughters will be coming next year to live on Mustique too. They’ll be attending the local school, Alf tells us. We passed its pretty yellow buildings. I’ve never seen a primary school with such a cool outdoor playground. A jungle gym on steroids.

There are some people who actually come from Mustique. Jack met one such man. Patrick. Patrick runs the the water desalination plants on the island. He was born here. Fellow St Vincentians call his type ‘indigenous’.

His daughter, Janine also goes to the primary school, which is next to the stables and the library. The library is public to everyone and costs under £10 for a lifetime membership. And I hear it’s awesome. Mental note- must get to Mustique library even if I overheat and die trying to walk there. It was that hot today..

I’m not sure if Patrick, by birthright, lives in a family house – surely not a worker’s cottage like Alf? And if Alf’s whole family move her next year, will they also live in a proper house – not those little units? They look like cruise ship staff cabins. Hmm. It’s tiring being nosy…

Anyhow, as we were finishing the island tour, Alf took us past the biggest house on the island. Well, the gates of it.

‘This is Great House,’ he said. ‘A Canadian/Russian man owns it.’

‘How much to rent?’ Jack asked him.

We all gasped. Alf smiled. ‘It has its own observatory.’

‘Perfect school resource,’ I exclaimed, not really thinking. ‘Perhaps you could persuade him to let the school visit.’

Alf looked at me then. What did I see? No more tour guide. Not a cruise ship Mustique worker. I saw a dad. Weighing up my idea. Not a bad one either. You can have that for free, Alf. 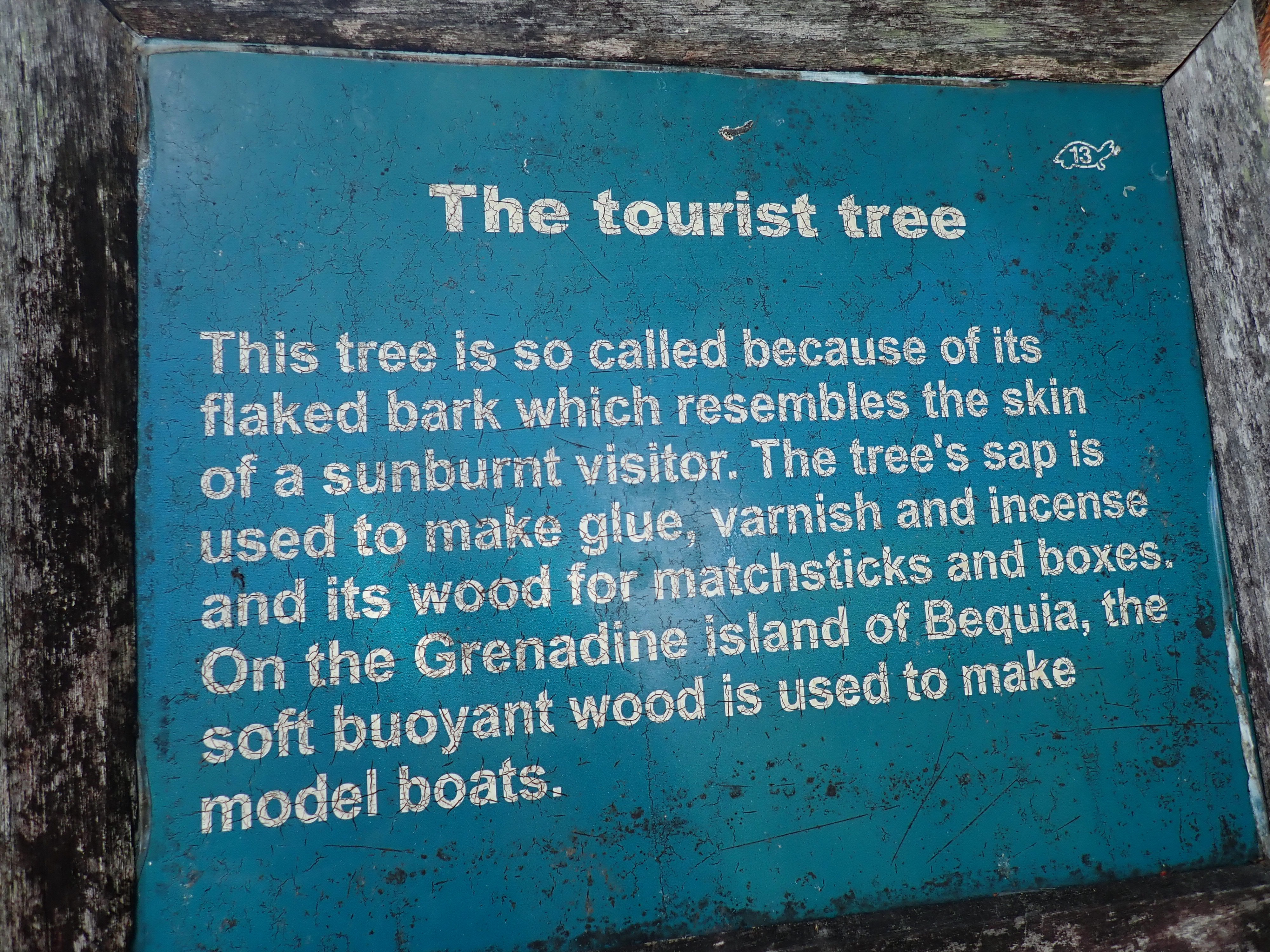 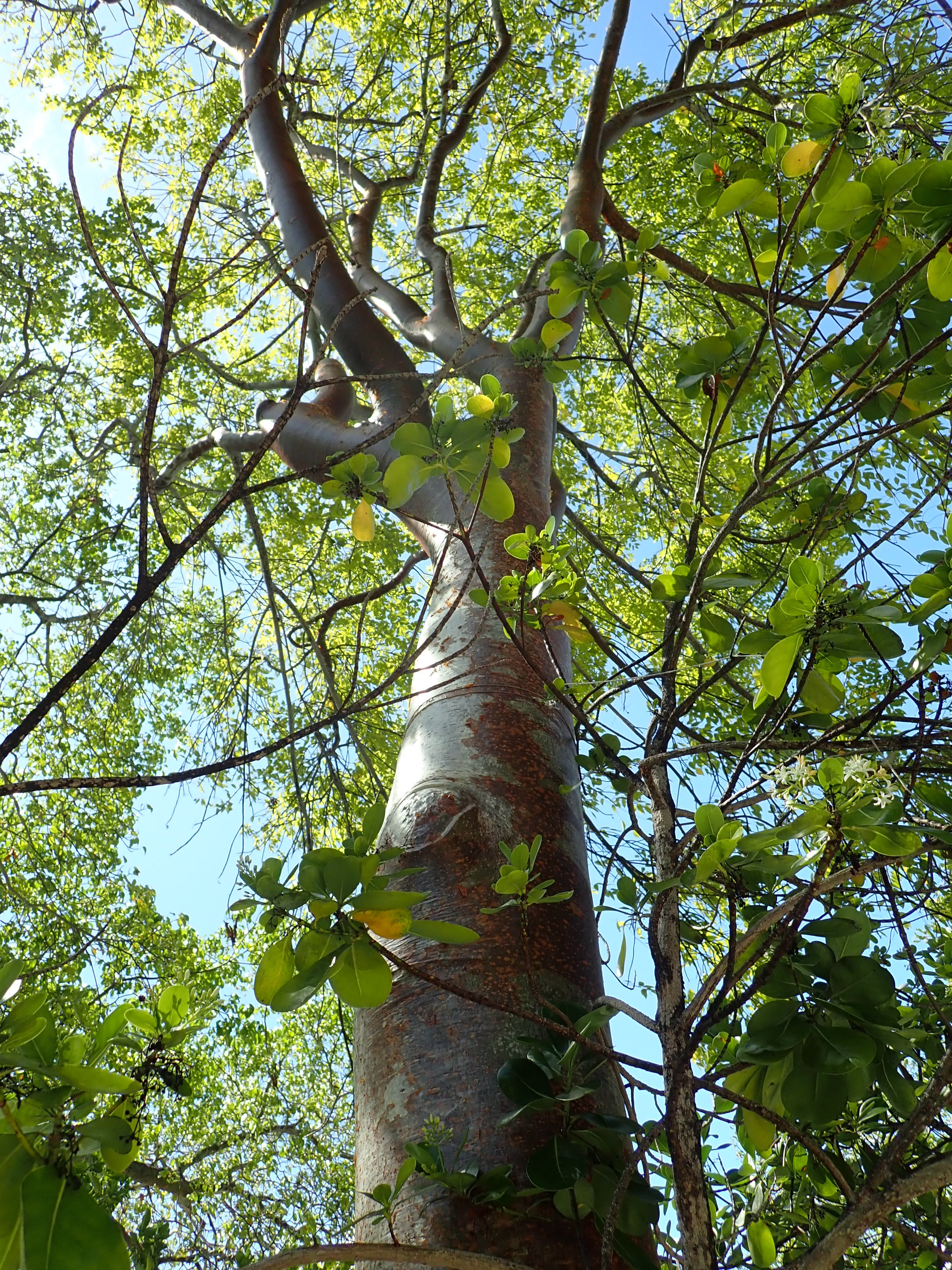 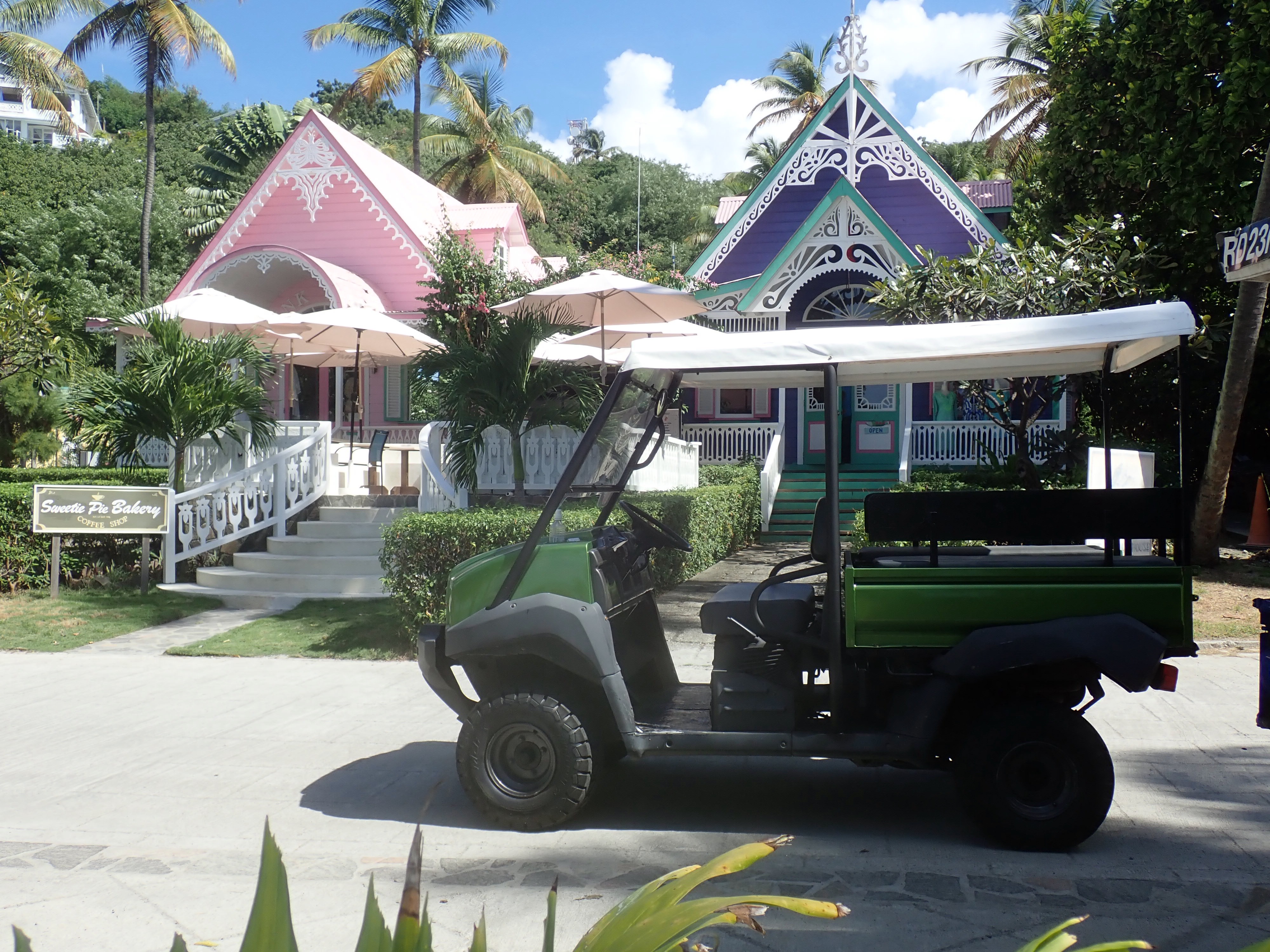 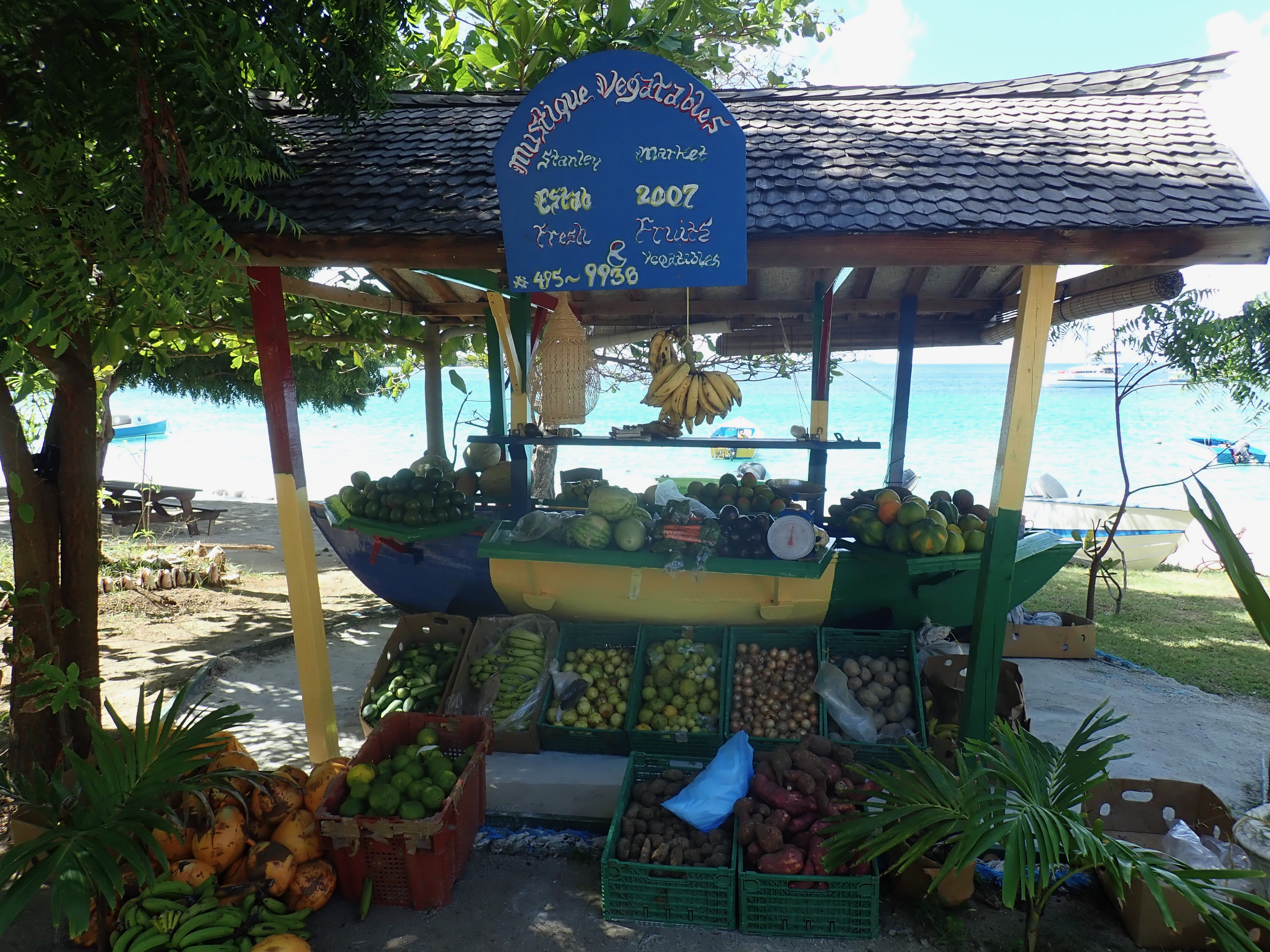 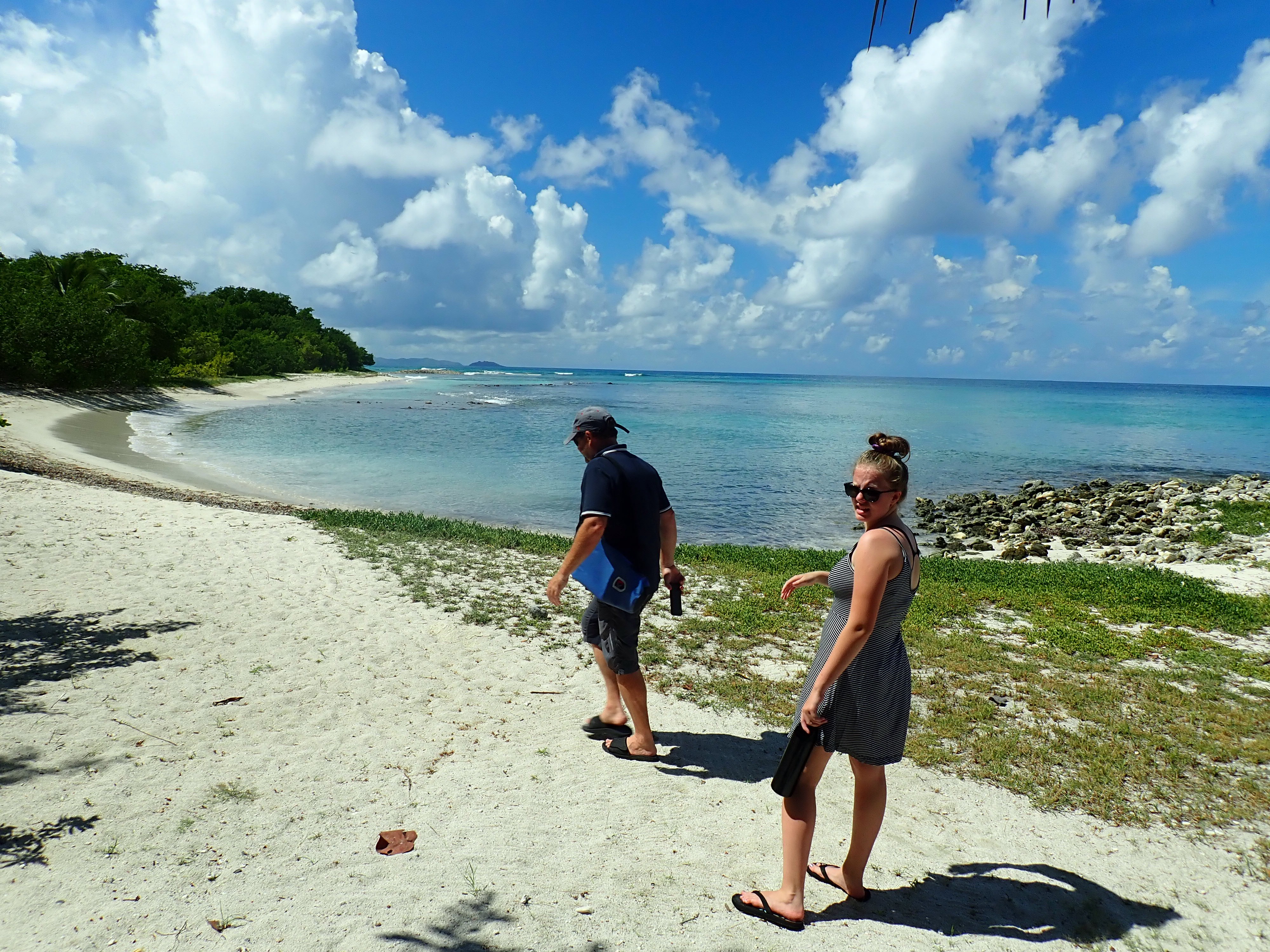 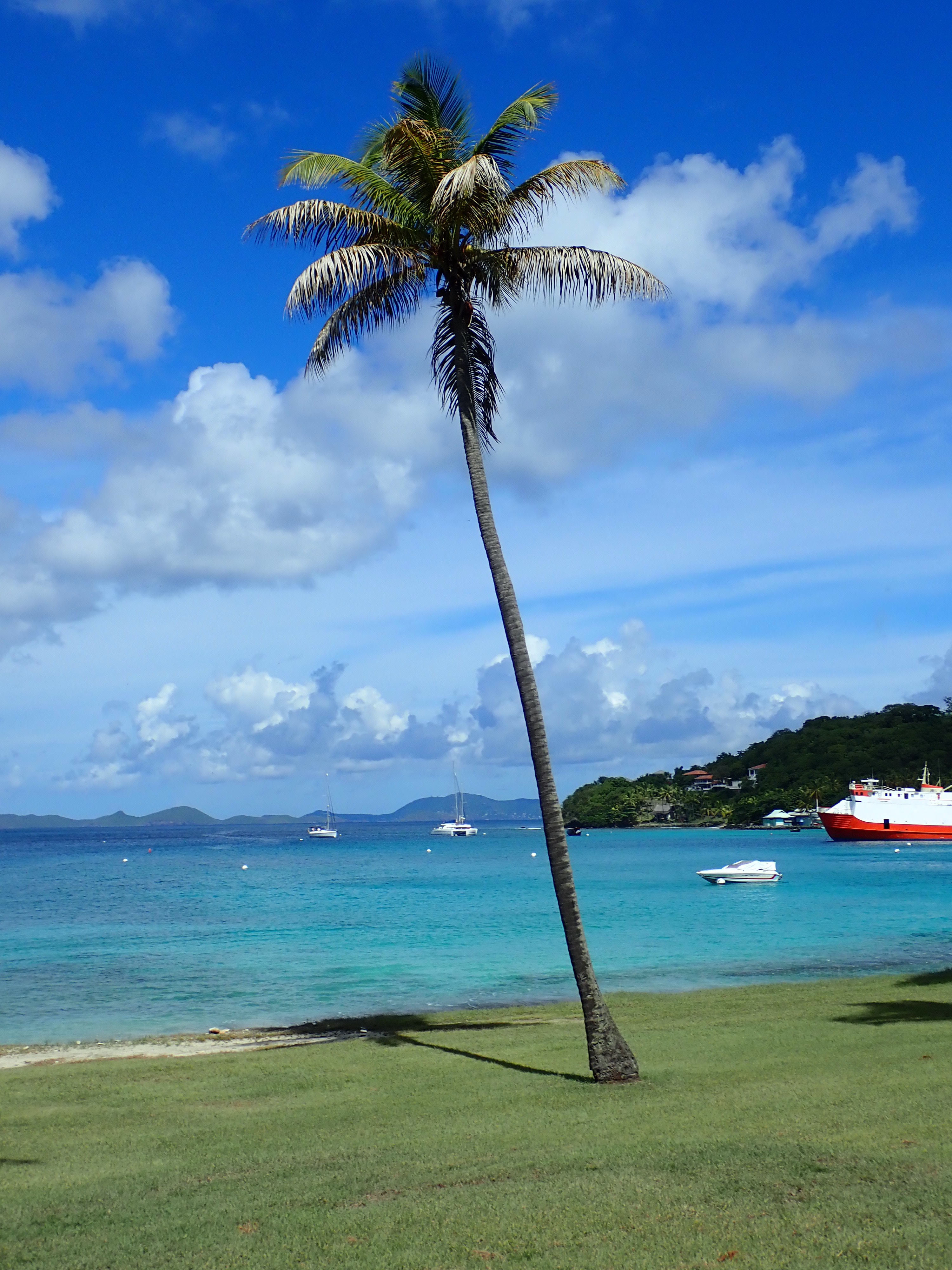 2 thoughts on “The Other Part of Mustique”