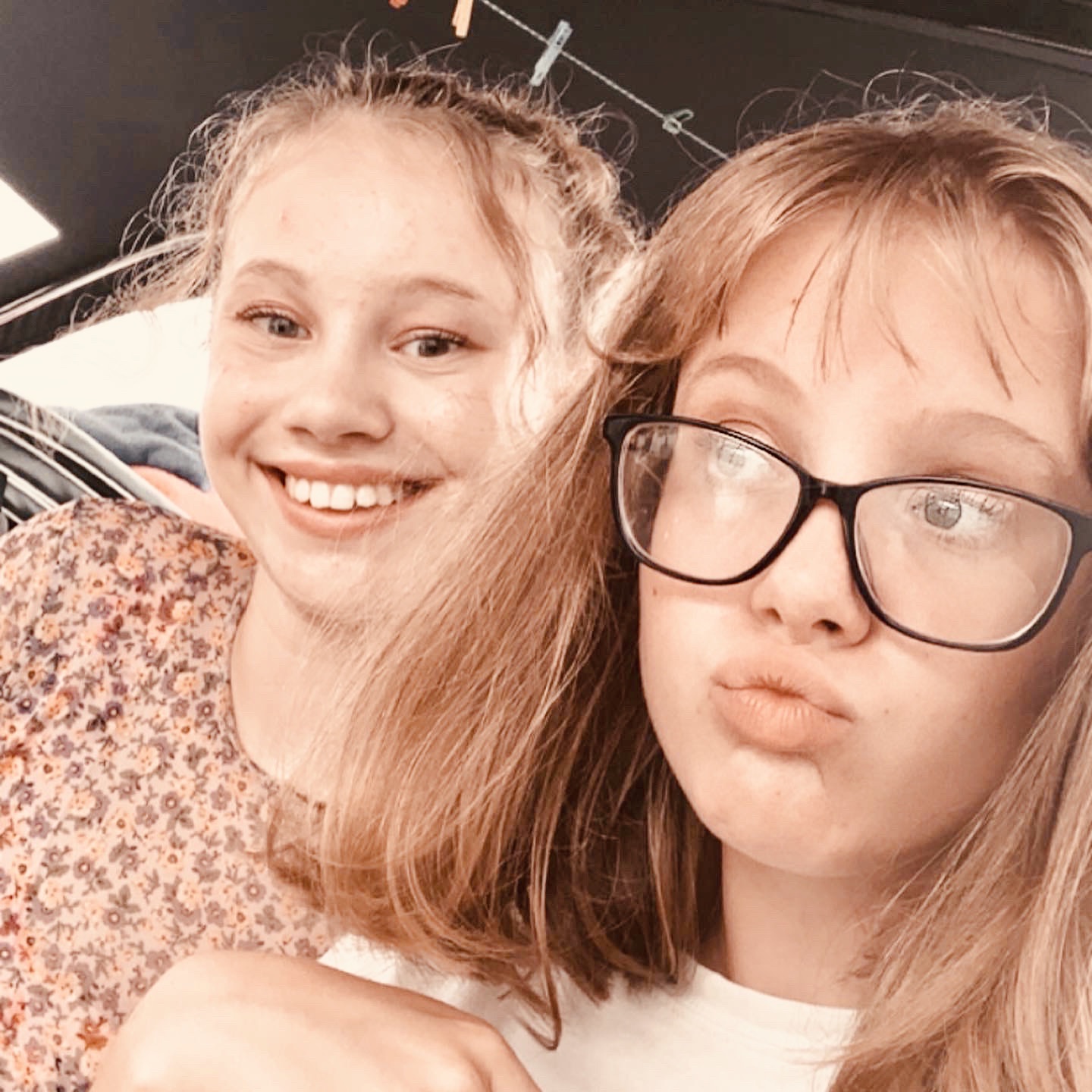 I’m thinking about my girls. The two kids I had half-a-hand in making and probably a bit more-than-half in raising. Not that I’m any more physically present in their lives then their other half – especially at the moment.

At the moment we are all tied together – until we sail home to the UK, hit land and quite possible all start running off in different directions, occasionally stopping only to kiss the ground. A box of floating frogs so to speak. I don’t mind though. I could keep going on Quest forever – except forever doesn’t exist. Doh.

I’ve determined then that physical presence isn’t the main factor in being the dominant parent in our daughters’ lives. What is it then? It’s simple. They’re daughters. It’s even more apparent now – as time waits for no man, or woman, and they are both developing into the latter. The girls use me as a visual marker as to how they will look when they get old. Sorry – older. Old to them.

I don’t mind though. It helps that I have no choice in the matter. I remember doing it with my own female relatives too – my mum, aunt and grandmothers when I was a growing teenager. Now it’s my turn to be slightly despised by a perfect young person. One day, the girls will be in my position. To be honest, I don’t like the idea of that at all. I’m accustomed to their youthful perfection. Hope that doesn’t sound creepy.

Back to Le Marin. We were kicked out of our sweet anchorage spot on Saturday by Le Marin’s sailing school. A man pulled up and said the area we’d anchored in was a training ground. Despite this not being the case on the pilotage map, we pulled anchor and picked up a marina buoy. It felt good to create goodwill. The upside too was we got the shower code when we payed for the buoy.

Ahh, the luxury. An endless stream of water coming out of a land-based hose. As usual, we split at the shower’s entrance, Jack went one way and the three of us went the other. That’s just the order of things. We’ve had it for fourteen-and-a-half years now. Nobody’s fault, just a function of randomised natural selection. Ha! Damn you evolution.

The girls of course, don’t require the same amount of looking after they used to. I don’t shower with them anymore. If I tried, there’d definitely be mutiny! I still help Delph with her self-care, but I try to instil the same independence as if she were in school. Basically, I ignore her when she asks for help. Or at least I point in her the right direction and wait to see if she gets there. Yesterday, I was waiting outside their cubicles – passing bottles of shampoo, soap, conditioner, face wash between them.

‘It feels like we’re showering in prison!’ they took turns calling out. Slightly embarrassing as the cleaner was still in there, mopping.

I chuckled though. Turns out the showers in Le Marin aren’t as fancy as Peakes boatyard in Trinidad. In fact, it was one of those shower blocks where you wonder if you should leave your sandals on in the actual shower. We found out afterwards that, indeed, Jack did leave his sandals on. And if we’d had sons instead of girls, they would have as well. He would have been their marker.