Portuguese explorer Pedro Campos named Barbados. He came by in the 1530s, dropped some pigs off and named Barbados after the profusion of fig trees growing on the island.

These trees are the bearded figs, Ficus citrifolia, native to the Caribbean. Campos’ name Los Barbados means ‘the bearded ones’. Only a hundred-and-fifty years later, most of the natural foliage had gone, having been cleared by the colonising British to plant sugar cane. The pigs were gone too. When the British arrived, they found pigs running all over the island. That was a lot of hog roasts.

Now there are green monkeys. A bit of a change from pigs. Originally brought over from Africa as pets, they quickly spread into the wild. They still live in Barbados, although they’re often considered pests. They eat up to a third of the crops grown on the island.

The lady who let us into the Andromeda Botanic Gardens said that if your bananas are sweet enough in your garden, the monkeys will eat them all. ‘Best thing, she said, is to bring a green stalk inside to let them ripen. The monkeys can have the ones on the trees and the bananas in the house are safe.

Can you imagine bargaining with monkeys? This is proper Barbados-living. At least the type of living we don’t see floating around in Carlisle Bay.

The girls take turns saying, ‘Why do we have to go the same place again?’ We went to these gardens last time. For them, it has the same appeal as a museum. Apparently, I go full-on teacher in these moments. Try and actively encourage the children to learn something – while not hiding on Quest. This is a well-known excuse for mutiny. Hehe. I still make them go.

It really is beautiful. Set up on a hill overlooking Barbados’ eastern, Atlantic coast, Andromeda is the perfect botanical set-up.

Number one: it isn’t too big. You can stare at everything, have lunch, lounge around and still be out of there in a couple of hours. About the timespan of an average human concentration.

It’s also got loads of higgeldy-piggeldy paths; perfect for the secret garden appeal. You can round a corner and appreciate a rubber tree. Stare up at a towering royal palm. Breathe the inside of a fig tree. Tropical flowers sprout an infinite number of blooms.

We don’t visit a lot of gardens – and there are botanical examples on almost each Caribbean island. For some reason, I just really like Andromeda. My grandma Ivy was a keen visitor of gardens and I get the feeling she would have really liked this one.

Andromeda was designed and expanded by Iris Bannochie. Iris (1914-1988) was a foremost horticulturalist of Barbados. She was given many plants for these eight acres of hillside. Irrigation techniques were innovative for their time. The land was used to plant fruits and vegetables for the community. Green monkeys still lounge about in the shade.

Mostly though, I love the fig tree. It sets the clock back. 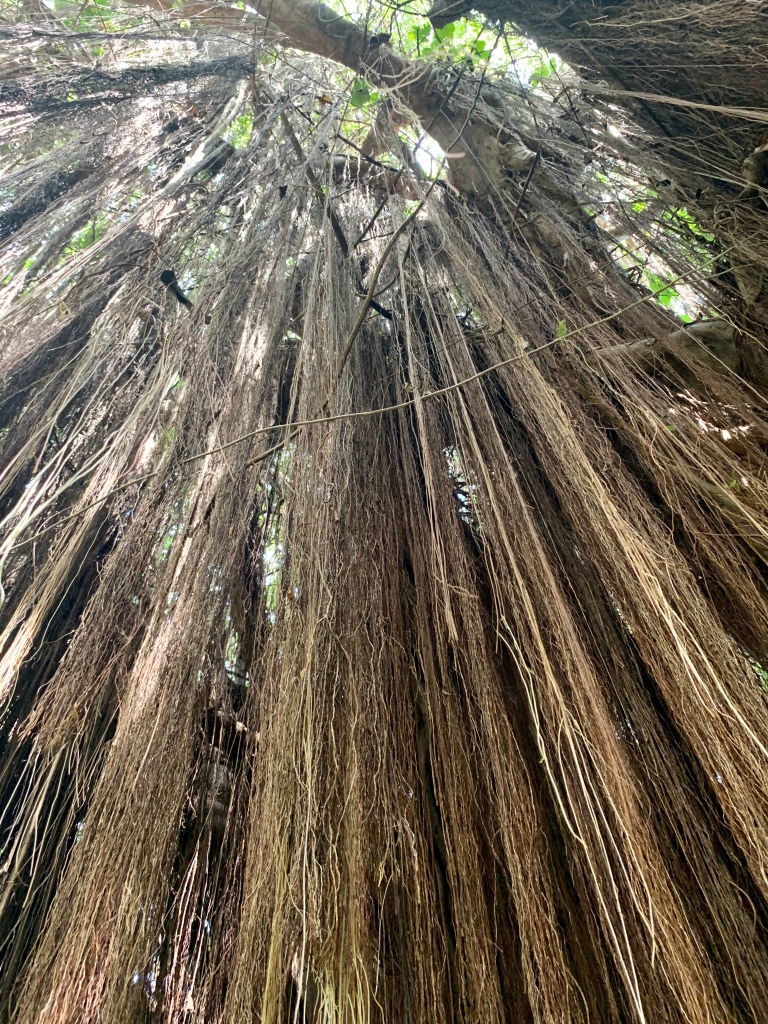 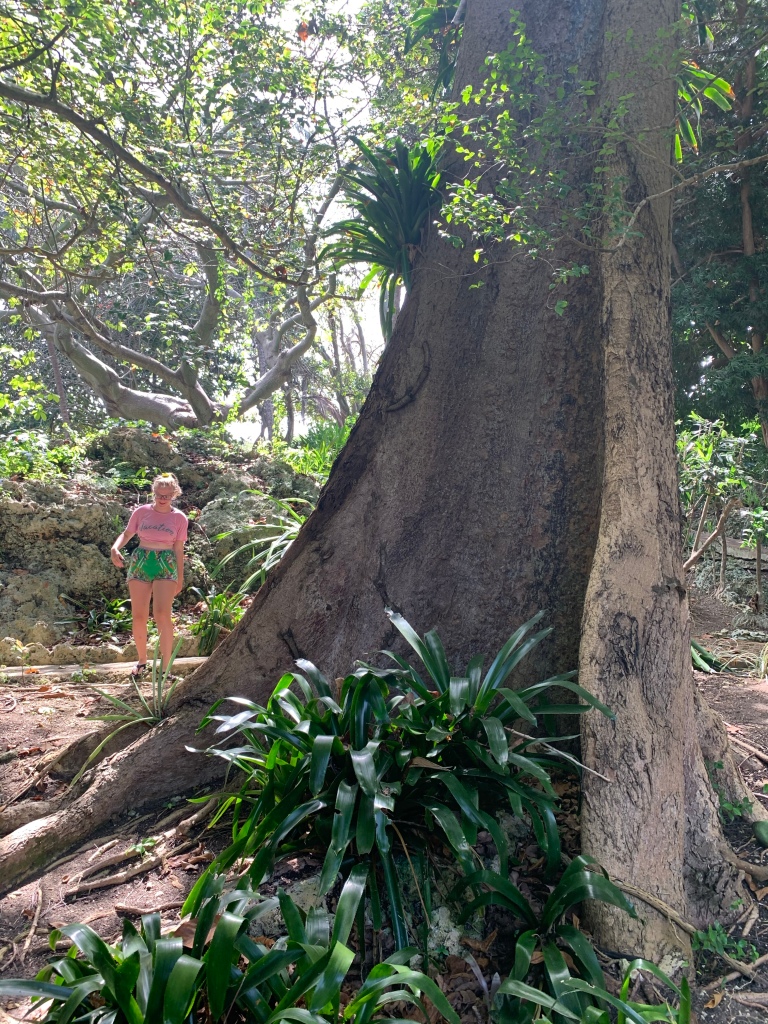 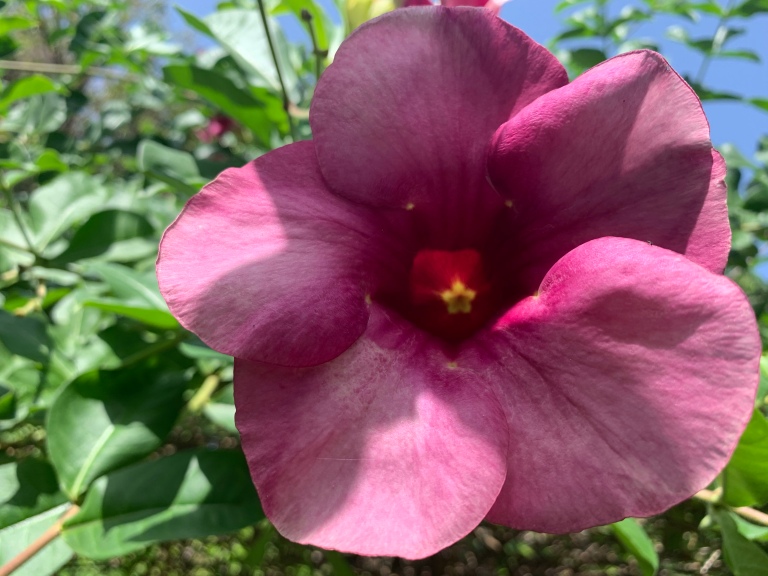 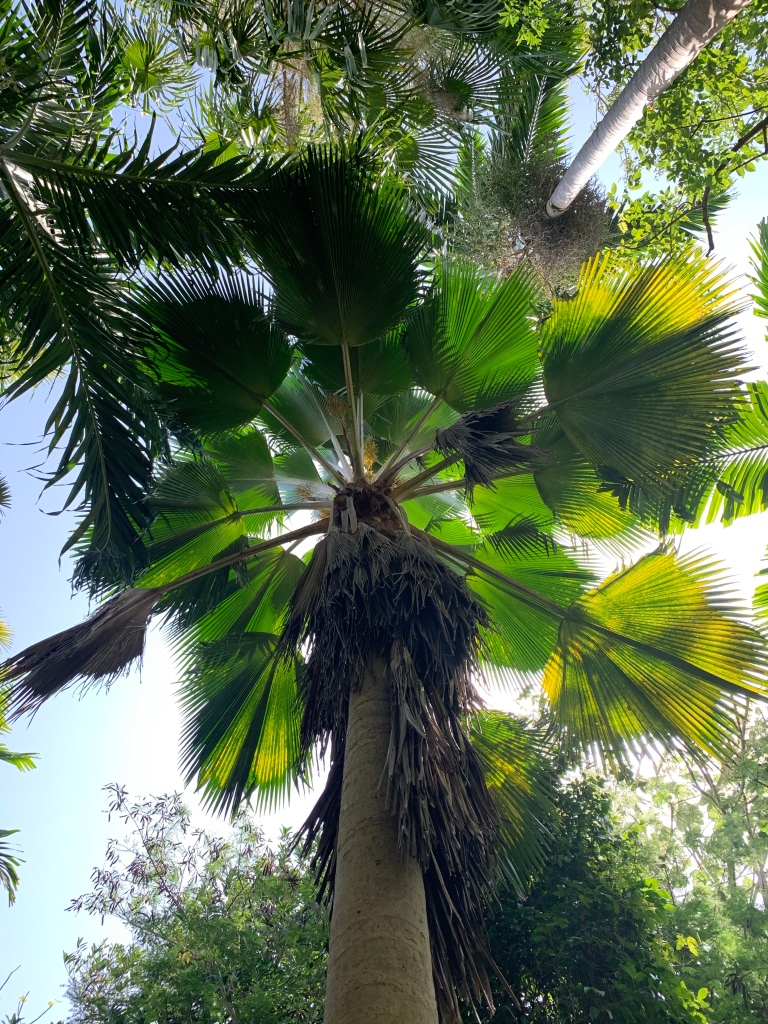 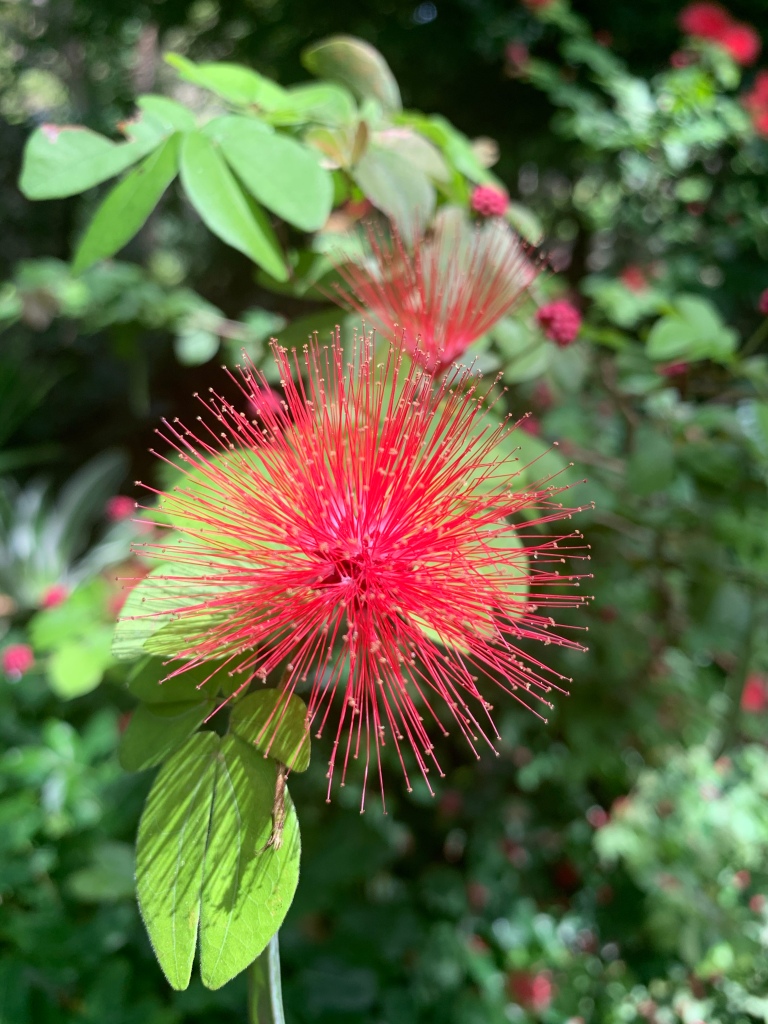 One thought on “The Bearded Ones”