The museum itself used to be a military prison. All the prison cell doors are still intact. They’ve kept one cell the same on the inside. It has the attachment for shackles in the middle of the room. A space for an outside lantern. We flipped open the heavy hatch in the door. Loud bang.

Definitely too scary to hang around – night at the museum style. After the climate meeting ended, Ellie and I decided to hit the road toward home. This was despite the free buffet. The scientists looked hungry. We just managed to grab a slice of cheese and an orange juice before a huge, steely-eyed queue lined up behind us. Phew!

Jack had dropped us off at the dock and was set to pick us back up again. With the museum located at the back of the Savannah, it was a walk through the Garrison and back to Bridgetown. Couple of miles each way.

We’d already walked there – in the late afternoon. It had been cool and shady. In this district, buildings on the main road are shells of themselves. Burned-out roofs with trees growing through properties. The strangest thing is some of these houses still looked lived-in.

There are little bars all along the way too. You can hear the laughter. It’s raucous – filled with rum.

The museum is the turn just before the racetrack. Passing one of the oldest Garrison houses, now also a museum. It’s called George Washington House for the first US president. He stayed here for just three months in 1751 and contacted smallpox upon his arrival. I guess he didn’t travel much out of the States, for this is one bustling place. A cruise ship person’s home from home.

In the dark, Ellie and I decided to follow the same path back. We’d just missed the bus to Bridgetown and it was a big detour to go around the Savannah. Keeping our eyes peeled, we crossed and passed the stables for the racehorses. No missing their sweetly pungent smell.

This lane is also a gathering point for ladies of the night. Saw them last time with the girls. We passed a couple now sitting on tree stumps. Friendly and a little surprised to see us. They waved and said hello. Bless those ladies.

George Washington House (for three months but whatever) came back into view. In no time, we were back on the main road. It was quieter and the bars were more mellow. There were a few foot passengers. We said good evening and passed one guy who lifted his hand for a high-five. I high-fived it and we smiled. No trouble getting back to Bridgetown.

Called Jack at the bridge The whole experience had felt like our own geophysical experiment. Meanwhile, the scientists were for sure still feasting at the buffet. I feared for the table cloth. 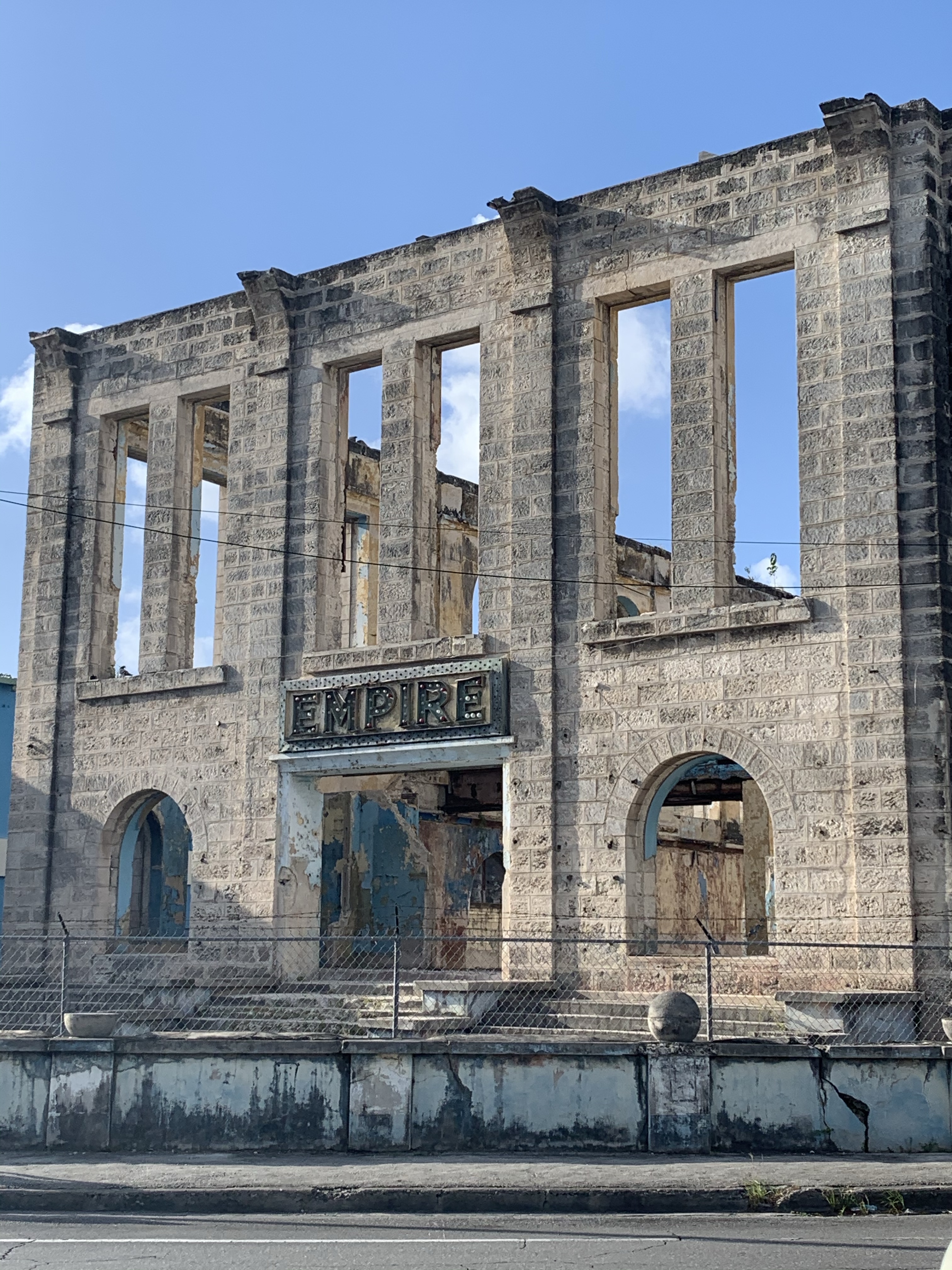