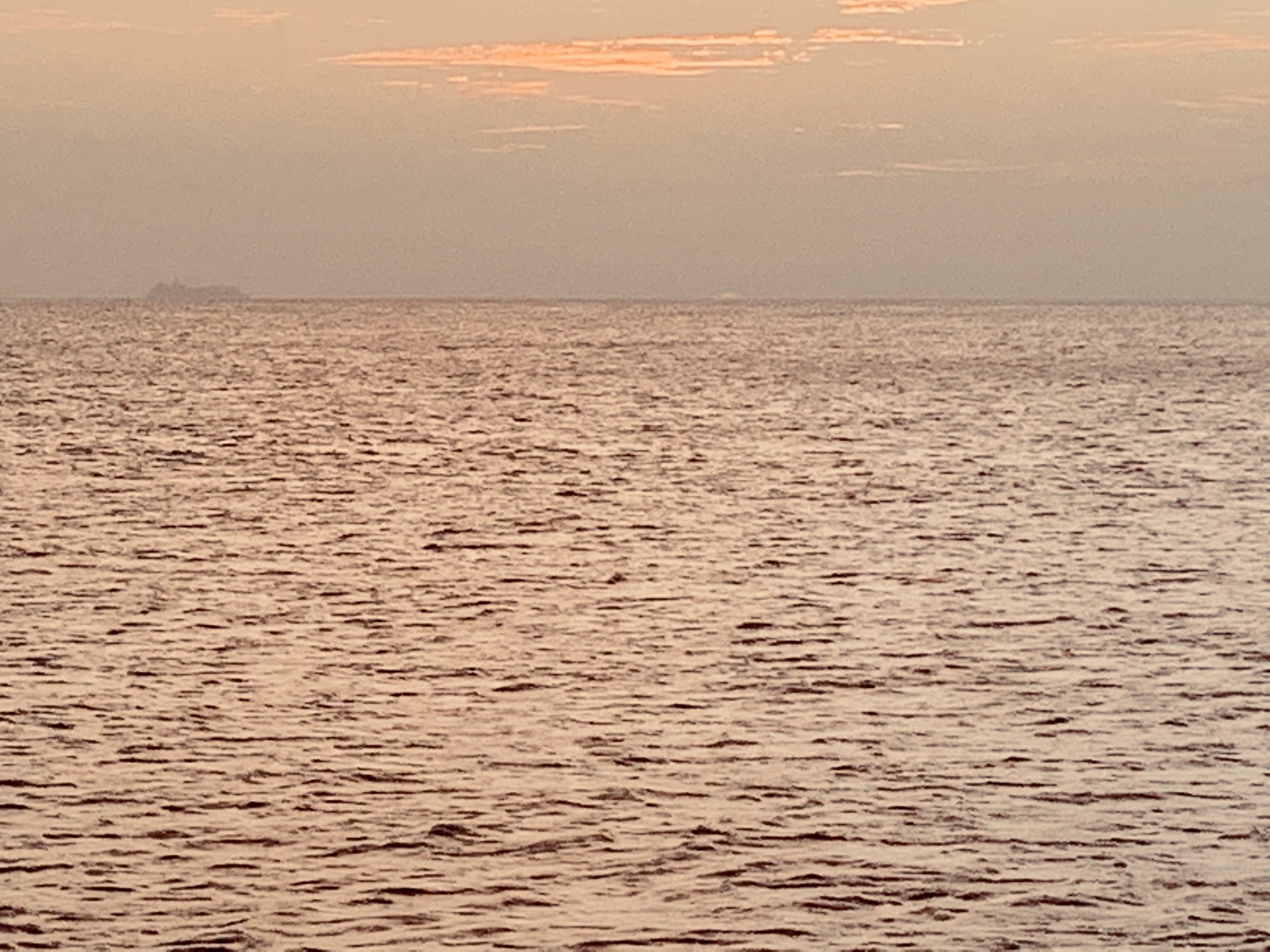 ‘Do we have to listen to another interview with Bryan Stevenson?’ the girls moaned.

‘What do you mean? You liked the one I played earlier.’

‘Yeah, but you played it three times.’

They were right. I’ve been listening to him for years too. Which means they’ve been listening. The girls know if we are in America again for any length of time, then we’ll have to go to Montgomery, Alabama. This is because Bryan Stevenson opened up a museum in Montgomery in 2018. And a memorial.

‘How are we going to get to Montgomery. Alabama?’ Lu asked yesterday.

I shrugged. ‘Small internal flight. Silver dog? Anyway we can, I guess.’

She smiled. ‘Can you imagine if he was there at the same time as we were?’

I finished hanging the towel. I stood on the back cockpit bench and imagined it too. ‘It would be amazing.’

I nodded. ‘Not a good look. Probably appropriate though. Or I’d just stand there and cry.’

This is because Bryan Stevenson has been my hero for some years. I like many of the things he says. He says you have to get close to a problem to understand it. It will be uncomfortable – but don’t worry. It will nourish you.

And full disclosure; I have a thing for heroes. When I was a kid, I would find someone I admired and write their name everywhere. What can I say? Those stalker genes must have come natural..

Not that I’ve actually done anything that would catch Bryan Stevenson’s professional attention. I’m not a lawyer. Nor an activist. I do spend a lot of time thinking though. Really, Hannah? That’s as good as it gets? I know – it’s pitiful. Except… Bryan Stevenson’s first degree was in Philosophy. He maintains even now that thinking is central to his life.

I cant say I could match it by even a fraction of my own – but I would enjoy sitting on the hillside with him and thinking. We could sit back-to-back. Looking up at the moon.

‘Whoa Ma, you’re getting that crazy look in your eye again,’ Lulu said. She squinted up at me.

I stood down. ‘I have no idea what you’re talking about.’

This is the first time I’ve seen Lulu energised by politics. She explained #Blackout Tuesday to me. She’s told me about social TikTok bubbles – where groups of friends miss protest content and only see dancing bunnies. She’s kept a running commentary of prominent voices on social media since George Floyd’s death. JLo’s stayed quiet so far. Not Nicki Minaj though. And Halsey’s been hit by rubber bullets.