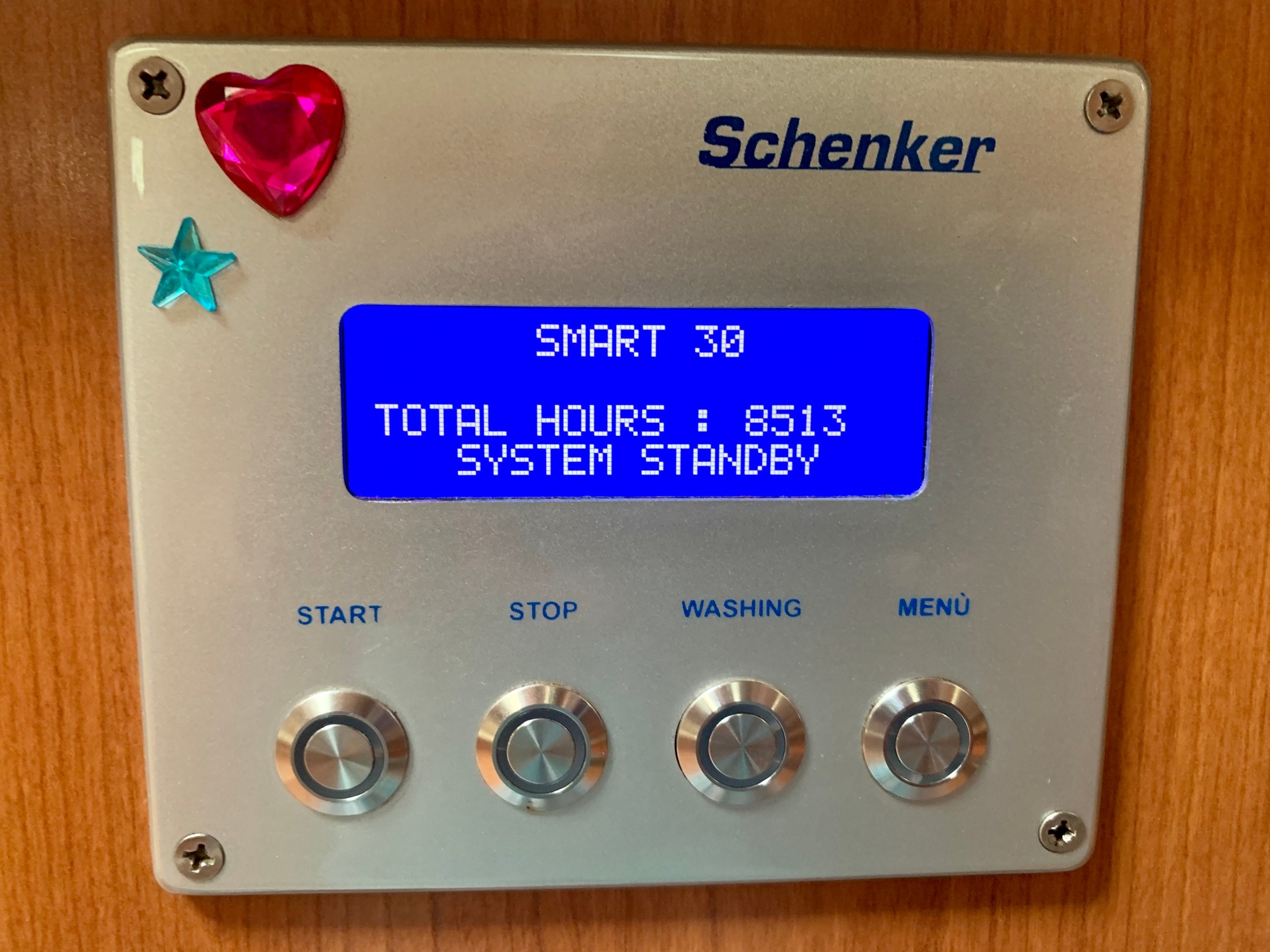 Our water maker hasn’t been the same since we started sailing this season. We unpickled it – ran through fresh water and cleaned its system when Quest went back in the drink. This time though, the water maker had been pickled for longer – almost a year-and-a-half. It never seemed to forgive us.

It started to display the system block error. At first it did only when we were under sail. We had to reset by opening it up and bleeding the air out of it’s system. When I say system, I mean a small machine under the saloon sofa with two carbon fibre membrane tubes.

Our water maker is among the smallest of its kind. Proper dinky – makes thirty litres of water an hour under solar power. It is a reverse osmosis system that pushes the salt out of the sea water and creates drinking water. It has a pumping filter system and tubing which attaches to our water tank.

I’m describing it like I know what I’m talking about. Magical water maker.

Suddenly the display accused us of using the water maker not for the correct 600 hours, but over 8,000 hours now. We peered at the machine. Had it gone crackers?

We studied the manual. This is my fave manual on Quest. It’s written by a highly intelligent Italian engineer, only without quite a fluent grasp of the English language.

The manual seemed to point out that we could have a sensor pressure switch fault, and not necessarily a hydraulic problem. Huh. We nodded and studied it some more. It even told us how to bypass the switch and run the water maker as normal. We opened the necessary valves and turned the machine on.

For five glorious hours, we made water as normal. Then our machine went kaput. Jack noticed a little water in Quest’s bilges coming from under the sofa. Maybe a fitting that needed a little ptf tape? We lifted the water maker out from its trusty position. Jack got a spanner. I held the carbon fibre tube out of the way. He leaned forward. Uh oh.

We could see a crack running through the machine’s central housing. We turned it on briefly and watched water drip like a faucet through the crack.

We called the water maker company. Spoke for the first time to the Italian engineer who designed the machines and wrote the manual. He’s made 30,000 water makers with minimal problem. Except for ours. Duh. Of course.

So now the plan is changed. Instead of going to Grenada in the next couple of weeks, we’ll have to go to Martinique instead. The Italian engineer is sending this central housing replacement via FedEx to Martinique’s own water maker engineer.

No problem the Italian says. We’ve decided we will try – and if this doesn’t fix it, Quest won’t make water for a while. The magic will be gone. We will have to fill up at the dock only. In most places this is ok too though. Only the very remote anchorages are without water. And we’ll always have the manual.