When we were crossing the Atlantic – five of us and a dog on board, I would dream in the middle of ocean about supermarkets. Never mind we were physically out of contact for potential search and rescue parties. I just wanted to make sure we didn’t run out of eggs.

Bit embarrassing when I remember – I guess because I don’t care so much now. Pretty much all food is good food to me these days. Like don’t turn down the idea of onion and rice – as a meal. Add garlic and it’s hotel-standard. I’ve almost convinced the Ormerods too, though for those foodies my food can be akin to torture. Especially when hotel food is on offer.

Along these lines, I’ve been wondering how Bonaire will be food-wise. I guess things haven’t changed that much. Deep down, I’m worrying again about potential starvation. And with the usual food hang-over from Martinique – which unfortunately means that everywhere else will be a cuisine-based disappointment. Martinique is so naughty like that.

I’m playing those internal monologues today. Like why didn’t we buy more oranges before we left? More Spanish nectarines? Or Guadeloupean melons. We only got two in the end. That’s it. Stop thinking, Hannah! Bonaire isn’t full of starving people – or people who don’t eat fruit. You have to believe in things you can’t see.

We are only eighty or so nautical miles away. We should be at our destination – Harbour Village Prison (I mean marina) in about twelve hours. For lunchtime. There I go again.

I know the Cap said he wanted to take his time earlier in the trip, but under 4 knots of speed and he’s a cat on a hot tin roof. Give him too much time and he’ll start taking the engine apart.

We picked up part of an old fishing pot and line. I spotted it trailing at the back of Quest. A big bamboo stick, some blue rope and a styrofoam marker.

We could have picked it up going through a patch of sargassum. Sargassum is a big feature of the sea here – mostly large areas of floating orange-brown seaweed mats. For good, or bad, there’s been a massive increase of it in the tropical Atlantic. It often fills with debris too – like the stuff we picked up.

Jack jumped into the water to cut it free. He said the water, dive thousand metres deep at this point, was eerily grey under the surface. Luckily the rope was trailing from Quest’s rudder which is just at the back of Quest – and not wrapped around her propellor. That would have been trickier – and deeper to sort out. He took a paring knife and quickly cut.

We cheered our captain. He did amazingly well. And I’ve never seen anyone climb the swim ladder back onto Quest with their flippers still on. Another bonus. 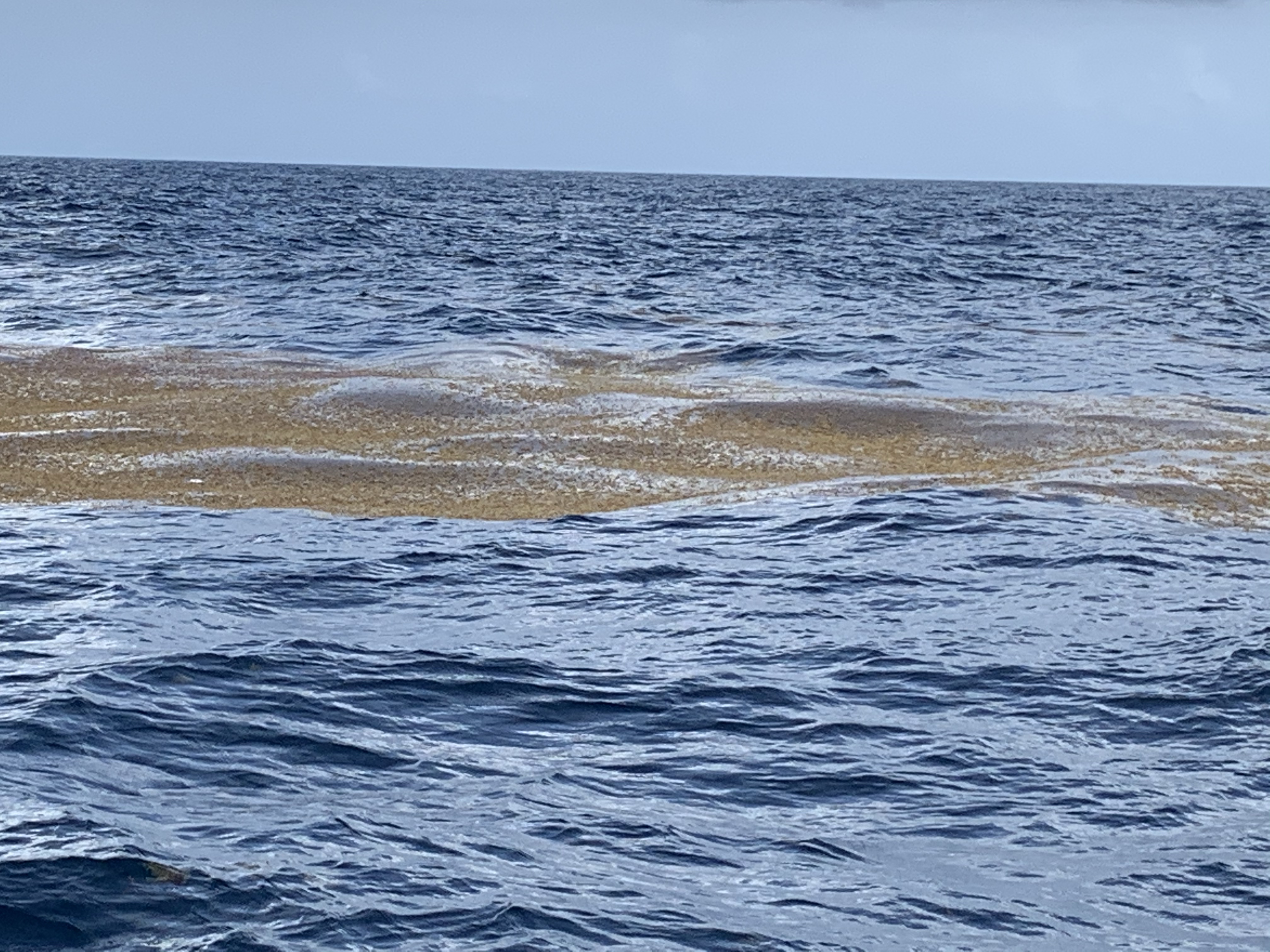 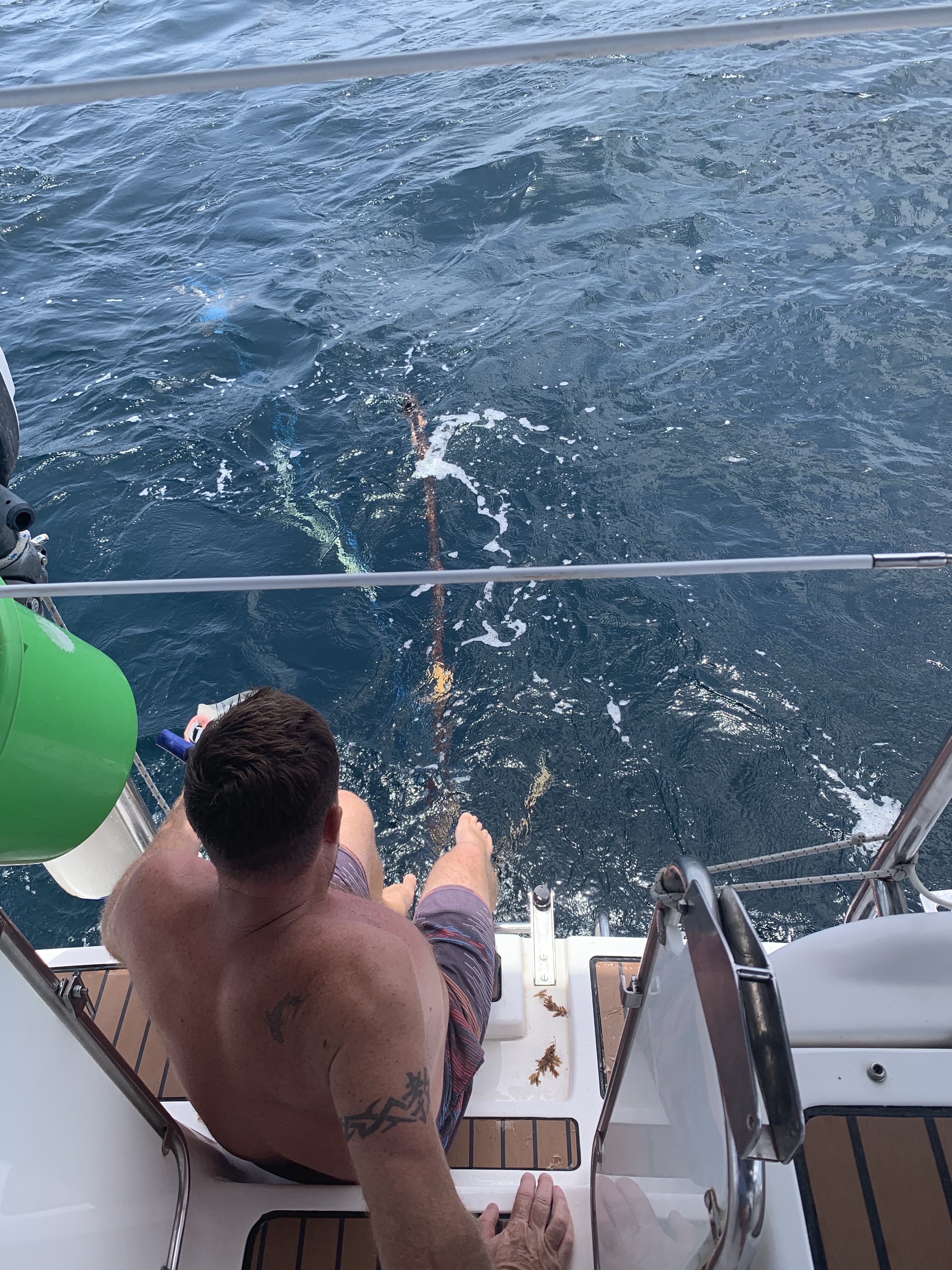 One thought on “Believe In What You Can’t See”