I wanted to write this blog last night, but I had to put all the devices in the oven. Typical.

We had a night of silent lightening. Flashbulbs all over the sky. Not a single noise – or a rain drop. For safety’s sake we packed everything into our makeshift Faraday cage. Once I stuffed the iPads in, there was no room left in the oven – not even for a pie.

I came outside. Having had our radar updated in Trini, we put it on, set a 15-minute timer to scan with a proximity alarm in case anything got too close, and chilled out.

We could never do that before. Combined with our old auto-pilot which had the unfortunate habit of turning off without warning at around the 3am mark, when the batteries were just a little too drained. Someone always had to sit at the helm, ready.

Now, with new electronics and updated house batteries, Jack and I took a cockpit bench each. Both of us lifted our heads occasionally – if there was any change in conditions or sudden noise – but mostly it was lovely and peaceful to lie there. Balmy too – just a jumper over our day clothes and a light blanket.

We reefed the sails at nightfall as standard – in case there were any sneaky squalls. Generally this slows us down to about 3-4 knots speed. During the day we speed up to around 5-6, although yesterday we were surfing down waves at 9 knots. The thrill of downwind sailing!

After an initial lull, the breeze picked up yesterday afternoon to a brisk 20 knots. With it the sea piled up behind us. As Lu was having a shower on the transom, sitting on the step, a tongue of a wave came right for her.

We both saw it. I was standing behind, passing her soap. Uh-oh. She braced herself and I instinctively grabbed her under the armpit. The wave licked her good. There was nothing to do except laugh – and hold on. All good. Continue to shower.

Except for one change of plan. I called, ‘Delph, I don’t think you need a shower tonight.’

Delph, lying on the turtle pillow, barely looked up from her Nancy Drew book. Luckily she’s at the age where showering is down on her list of priorities.

Both girls went down after supper and sunset. We had toast (technically fried bread) with a variety of French condiments. The girls are such good passage-makers. They sort themselves out into an instant, amiable rhythm. It makes me smile. That’s a muscle memory.

Jack and I spent the night resting on the benches. A lightening show above us. Stars in between the lightening. Above Quest, at least three shooting stars. 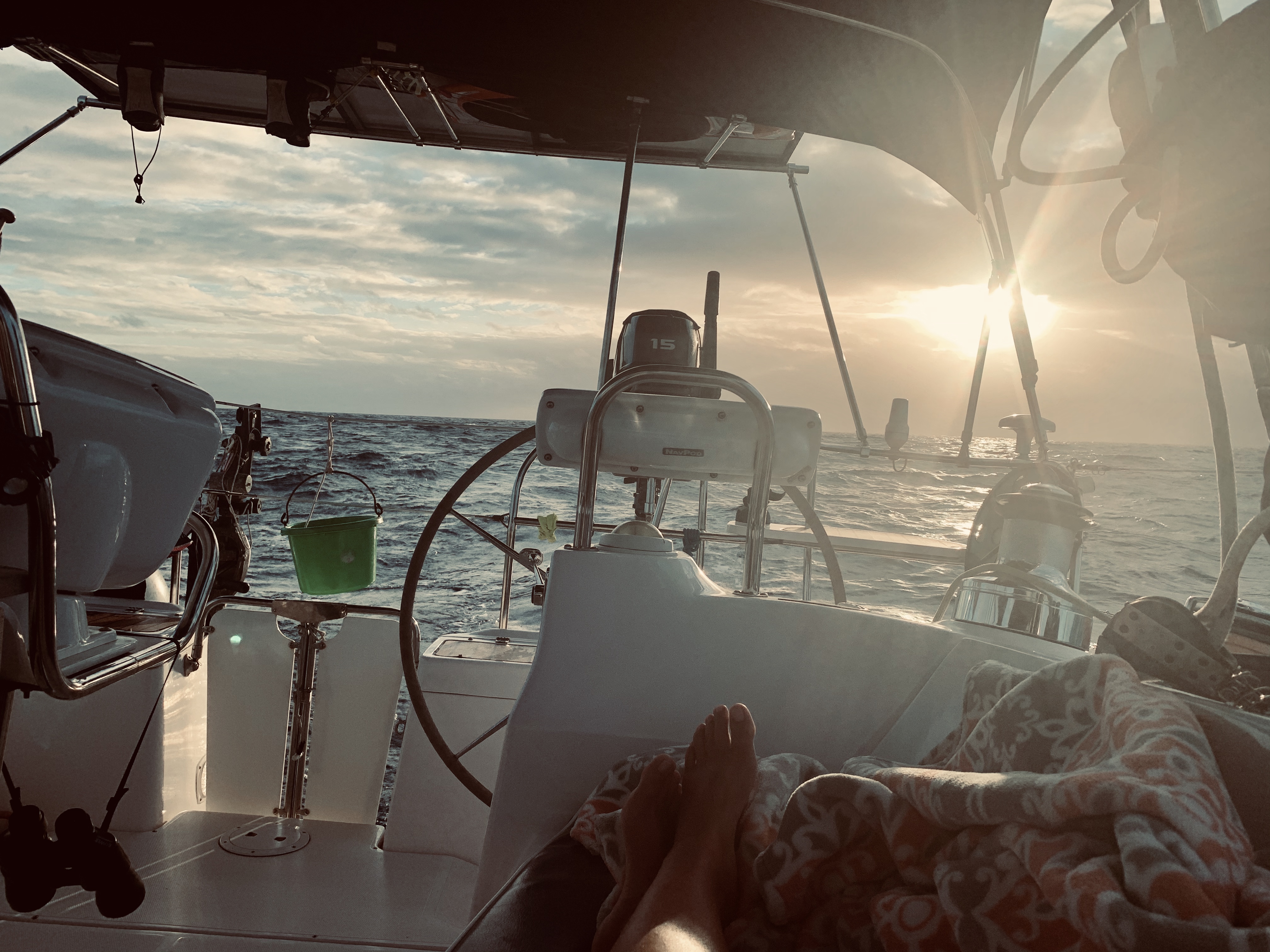