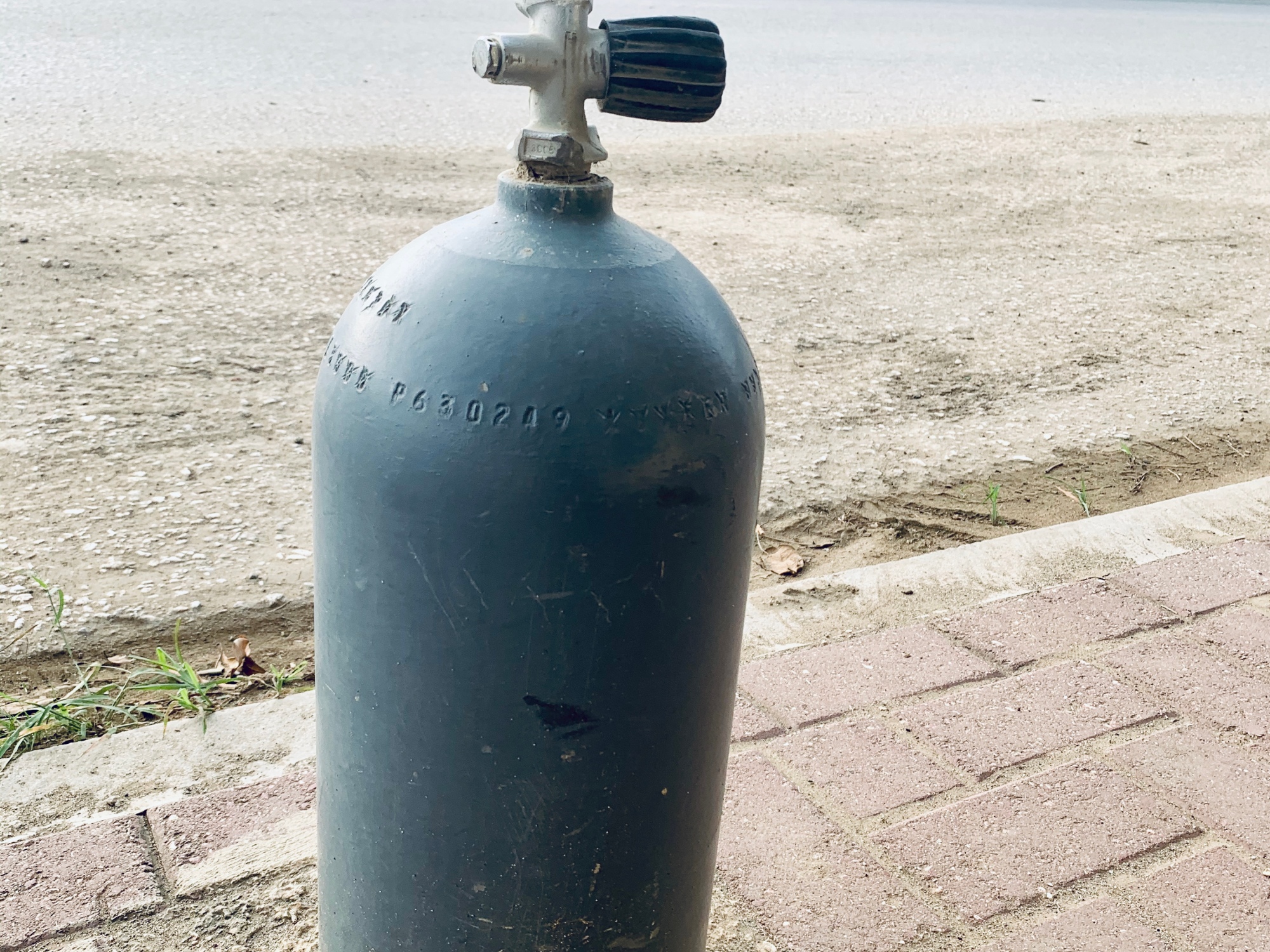 Jack’s bought Delph her first grown-up sized dive tank. It is just a little smaller than ours – nine litres compared to our ten. Negligible really. Jack went to a few dive shops before he found the one he wanted.

This place really is a dive Mecca. I guess a small clue are car licence plates containing the motto ‘Bonaire – A Diver’s Paradise’. Another must be the many street bollards made from old dive tanks sunk into the pavement. Diver’s paradise and streets made out of dive gear.

It helps too that the stores are just filled with dive stuff. Masks that we’ve only seen online, until now. BCDs, regulators, wet suits, everything you could imagine. Small tanks, large tanks. We’ve never seen so much dive gear clustered into such a small area. It’s no surprise then that Jack’s ‘popped out’ a few times. As well as a new dive tank, he came back with a new and beautiful turquoise-coloured mask yesterday.

‘For Delph,’ he said quickly, ‘since her old mask was looking a little… you know. Old.’

Uh huh. We have to keep an eye on our Cap here. Meanwhile, the Scubapro dive order we made from California to Bonaire hasn’t arrived yet. Apparently, it must be too busy to bother with us, since our package has crossed the Atlantic four times and has recently transmitted back and forth from Holland to Germany at least six times.

In fairness, UPS did say at the beginning, before it even left America that there was an issue with the labelled address. It was labelled with Caribbean Netherlands. This means that someone just keeps trying to find the Caribbean in the actual Netherlands. And we discovered that once a package gets to Europe, the two branches of UPS – US and European might as well be located in two different galaxies.

Scubapro say they’ve tried to re-label our package with the correct address through UPS remotely. It just goes back and forth between Germany and Holland instead. Three dive computers, some mouthpieces (the girls like to chew through them) and a pair of fins. They are the replacement fins for the ones which fell off Quest one windy Barbados day. They floated off towards Martinique before anyone noticed. Except the replacements are now being sent back and forth to European capitals.

We know this because Jack likes to call UPS once a day, In between visiting dive shops. Diver’s paradise – with bollards.