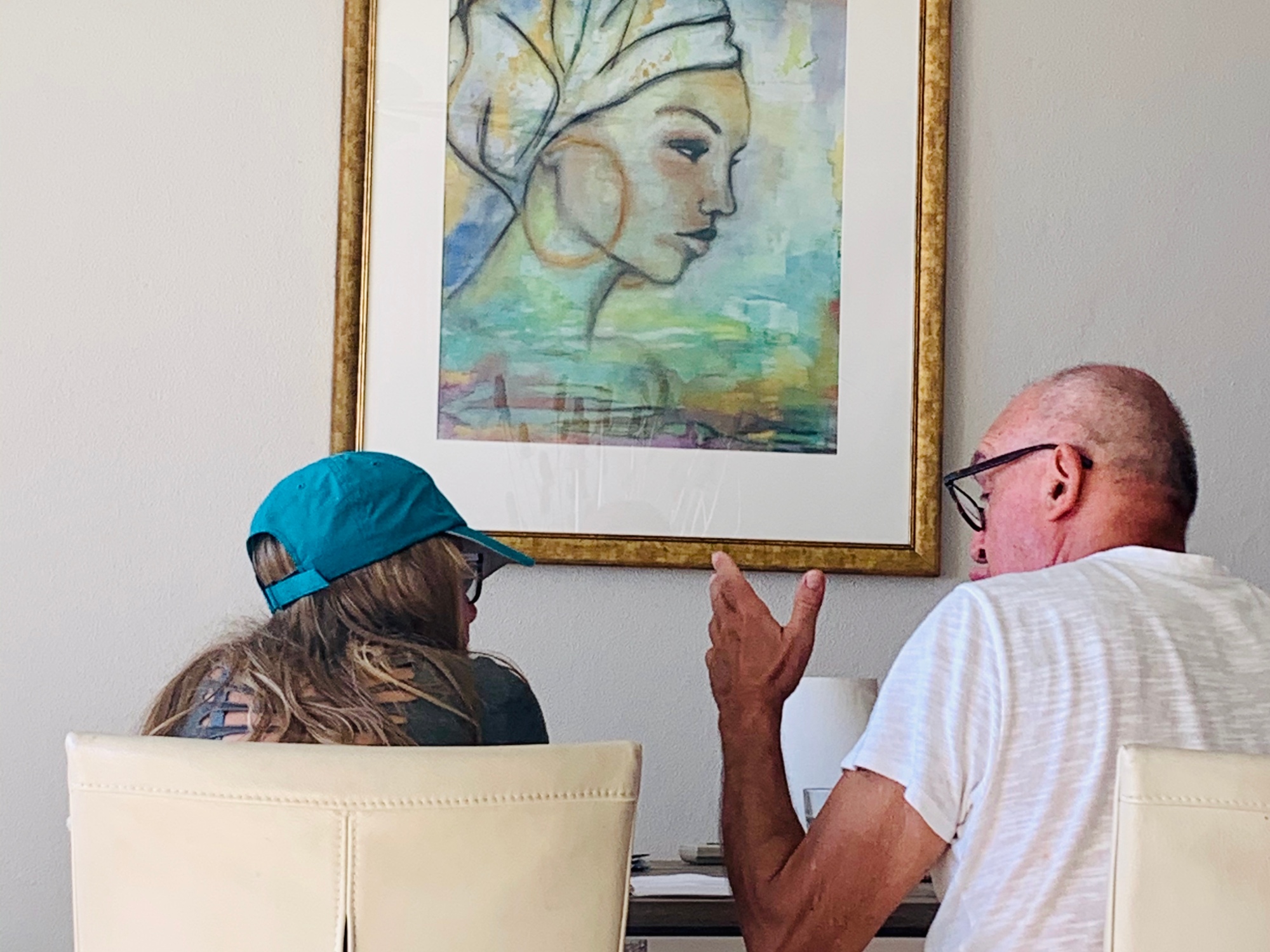 I videoed Phillipe talking through one of Lulu’s quadratic maths problems yesterday and sent it to my mum.

‘Double Dutch?’ she wrote back.

A few seconds and my phone pinged. ‘Treble Dutch!’

Amazing it is to watch Lu and Phillipe do their maths sessions. They are so calm and thoughtful – unlike anything I could do with Lu’s maths curriculum.

For this, we’ve been hanging out at Phillipe’s flat all week; every afternoon or in the morning for a couple of hours.

Phillipe was originally staying on Patrice’s boat. Then he rented a little apartment close to the marina. It was the heat he said. He couldn’t take it. ‘It makes me stupid.’

Dumb nod back from me. I’m not going to argue. The heat can be intense here.

And boy what a good decision that was. His flat is lush. A one-bedroom, air-conditioned, open-plan, fully-equipped kitchen and living room. The balcony looks right over the promenade and onto the sparking Caribbean Sea. The first time we came, I felt like I was on holiday. Living on a boat is often too hard and too invested with the work to feel like it’s a holiday. Here, you just grab a lounger – and relax.

Well, some of us do. Lu and Phillipe begin their intense maths conversation, often with algebraic equations involved. And this brings me to the next part – with sadness to report that Phillipe is planning to leave on Wednesday. He is going back home to Paris.

This is despite the 20,000 + positive cases which emerged just yesterday in France. This is despite colder and wetter weather coming to France as winter nears. Despite Phillipe being retired, on his own and having his awesome flat here – which costs $64US a night. Normally, this flat would cost at least double. I don’t think he’s broke either.

Right now, I can only see one other balcony being used out of 30 apartments. Never mind. Stop stressing yourself, Hannah. You can’t stop people from leaving. You just can’t.

I did buy two slices of cherry cheesecake for their maths session today though. We pass a great bakery cafe on the road to Phillipe’s. I also picked some flowers along the road (for plants’ rights reasons Lu wasn’t too impressed) and put them on his table in a little glass of water.

Yesterday, Patrice gave us a spare key to the flat, and told us to let ourselves in. He and Phillipe were getting themselves some lunch. Jack was busy with the mechanic, changing Quest’s engine and gennie oil.

I went straight to the tidying. Just a bit of washing up, etc. I feel it’s the least I can do for all this maths time Phillipe is giving Lu. Patrice tells me that it makes Phillipe’s day – but still. What’s a bit of tidying? I know where everything is now too.

‘Let’s go back to Hannah’s place,’ they both said.

You can’t stop people from leaving.