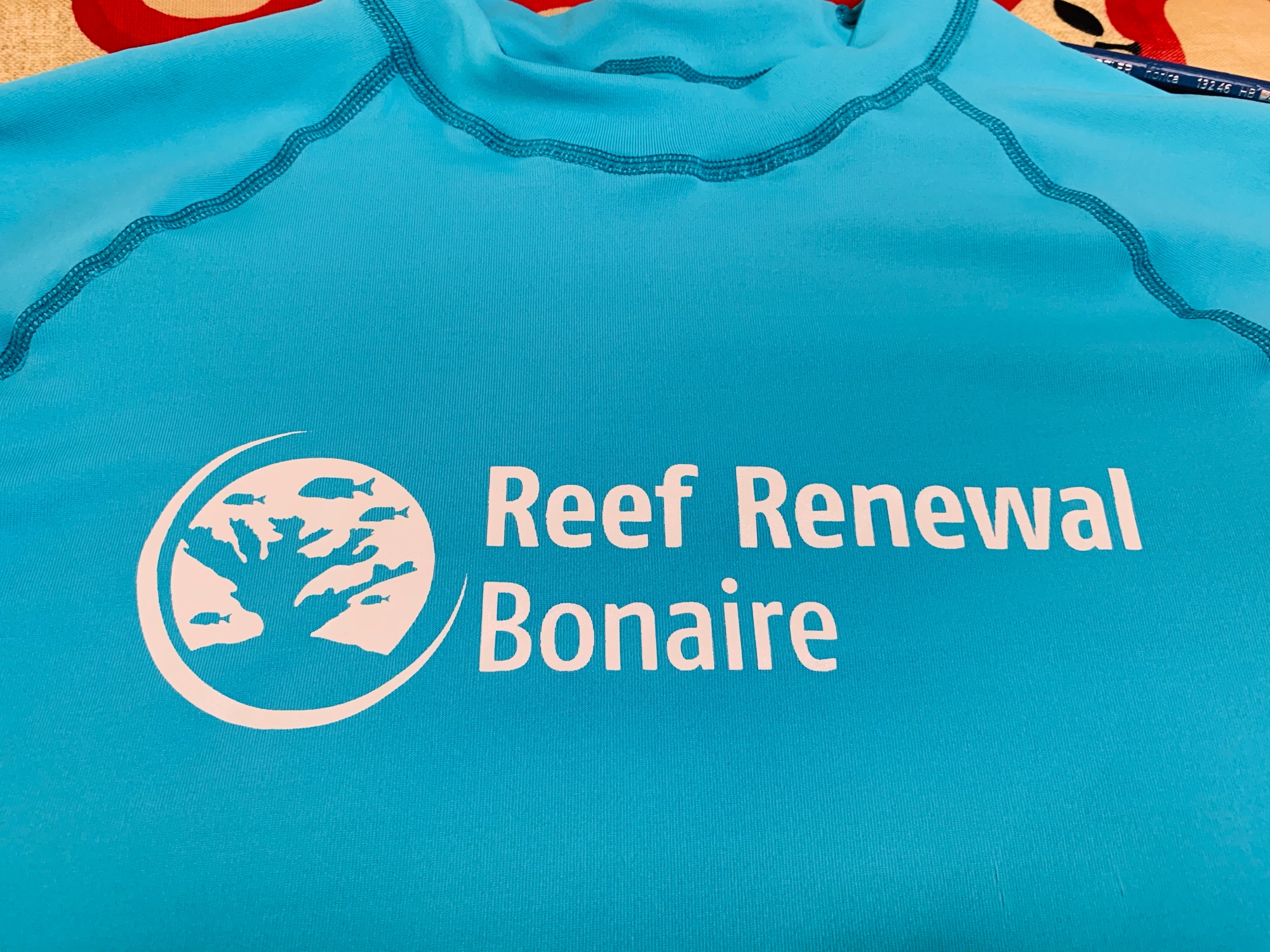 Lu came back from working at Harbour Village this afternoon. With Bonnie.

I hadn’t gone with her because of my cold. It’s definitely just a cold. Still, no one wanted to see me. Awesome news for the introvert.

I didn’t want Lu to miss out though. Bonnie had told us on Monday we’d be planting coral. Some of her staghorn corals growing on the Harbour Village nursery trees were large enough, they no longer needed to hang from the trees.

We’d seen the out-planting technique for staghorn coral on our Reef Renewal course. You construct a simple, square bamboo frame and tap the metal legs into the sea bed. Grown staghorn corals are cable-tied to the frame – so they can eventually grow and fuse into a coral thicket.

Bonnie and her colleague, Linde had constructed a frame the week before. While I was cleaning the coral trees, I could hear Linde banging away with her huge hammer. I’d seen the frame on the way back from the dive – and tugged it to test. It was sturdy as anything.

When Lu came back yesterday afternoon, I was just waking up from a nap. I asked how the planting went.

‘We didn’t plant any,’ Lu said excitedly, ‘and you won’t believe what happened!’

Her face was flushed. ‘The corals were all smashed up from the storm two days ago. Bonnie’s spent the last two days looking for them all. She even had to dive down to 70m to find the coral pieces in the channel.’

I felt my mouth crackle dry. ‘And the coral trees?’

Lu shook her head. ‘The trees are fine. It’s the thickets. Most of them have gone. I cleaned two coral trees and you could see the frames lying broken. It was pretty depressing.’

With this, Lu went off for a shower. Her news swam in my head. On Monday, Lu and I dived over these thickets to get to the coral trees. They looked so healthy. There were no areas of white band disease or dead fingers from a fireworm meal on the thickets.

The most mature thicket in particular, was like an advert. The size of a small hedge, it had all sorts of tiny fish darting through its brown branches.

Staghorn corals are the ‘first’ corals; the ones in the shallows. Their interlocking coral structure creates safe spaces for tiny creatures to feed and grow. Staghorns are the corals which are among the most at threat too, because they were largely removed. They have mostly disappeared from Bonaire over the last thirty years. Florida too.

I wrote to Bonnie. Bonnie wrote back. It was sad. The surge and swell had damaged even the mature staghorn thicket. She said she was feeling upset, but determined to re-build the frames and make them better. We could help too if we wanted next week.

I gulped against my swollen throat. Conservation – and conservation against the odds – really is tough to swallow.