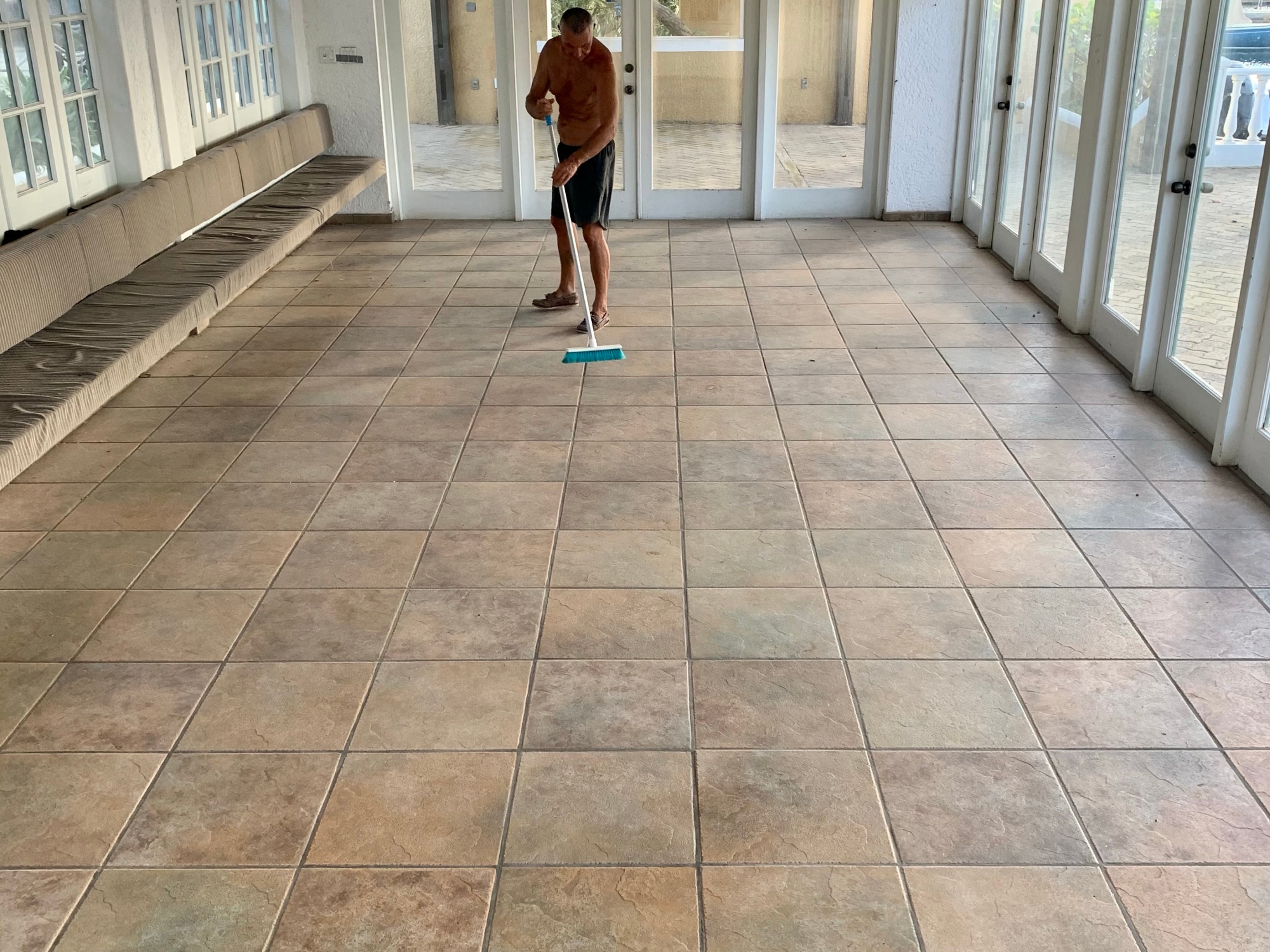 Teenager outbursts make you feel like you’ve been through the pasta machine.

We’ve even considered whether we should take our teenager home. Me and Lu would go back to Wales and Jack and Delph would stay on Quest.

It would mean splitting the family up. Not a decision to be made lightly – especially in this pandemic. We just want our teenager to be happy though. When you are 15, it’s hard to be isolated. We’d hoped some other cruiser kids were around, about the same age. No luck so far.

And still, Lu has done well in other aspects. Bonnie and co. love her at Harbour Village. I went to do coral work with them yesterday – and when Bonnie realised Lu wasn’t coming, her face fell. I felt like a bad smell. Lu had stayed on Quest to revise for her mock exams. I explained this to Bonnie. Not much improvement. I had to promise she’d come on Thursday.

Plus it’s like Lu has a French fan base. Patrice and Phillipe. Phillipe has gone back to Paris now. We didn’t want him to go. Patrice even told his old friend he might not see him again. I think it made Phillipe leave faster. Those two are funny together. Serious love in between the bickering.

I thought it would be the end of Phillipe’s maths tutorship after he left. Nope. Turns out Phillipe is a dab hand on Skype. Nowhere to hide, Lu.

Then there’s Patrice. At home, Patrice is surrounded by his kids. Five arrived in his later life, and they are adults now. He says he’s been on planes, sitting next to crying babies and soothed them to sleep for his parents. He says he just loves babies. It’s hard to write that without it sounding creepy. Urghh.

He offered to teach Lu yoga. He’s been doing it for fifteen years and does it every morning. Lu went yesterday on her own and she and I went together today. I wasn’t naturally enthusiastic. Promising to do it with her was the only way to get her out of bed.

Patrice likes to do it early – 7am. He’s found an empty room in the marina to escape the morning mozzies. You have to enter the room through the window, but let’s not sweat the small stuff. The ceiling fans work and everything. He swept the floor before we started.

The only thing is we don’t have a proper yoga mat. I bought one in Martinique but it’s cheap and sweaty. Then, a few hours ago, Patrice knocked on Quest. He’d gone out and got some non-sweaty yoga mats from Bonaire’s yoga place. He gave one to Lu as a straight-up present. She came out of her locked cabin to receive it with puffy eyes. Patrice gave her a smile.

The second mat he kept in his hands. He gestured to me. ‘This one is a spare one. You can use it if you want, but I’ll keep it on my boat.’

I nodded. I’m terrible at yoga. It’s a universal truth.