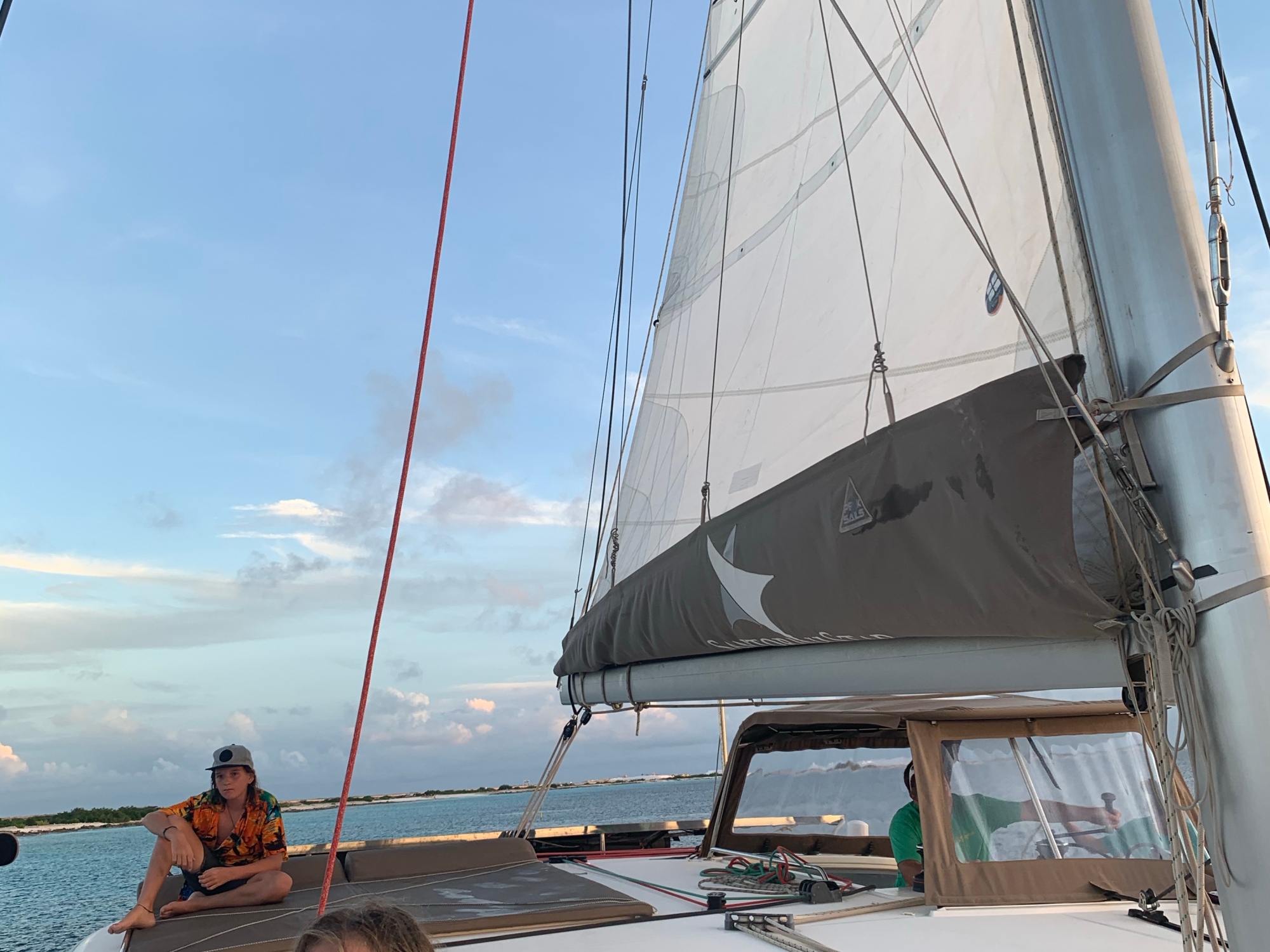 Civilised. That’s the best term I heard yesterday sailing on catamaran L’Alchimiste. Our new friends with fellow boat kids, who parked on the mooring buoy in front of us, invited us on a day trip yesterday. The mission was to go south and take one of the marine park buoys for the main wreck dive in Bonaire.

The wreck is the Hilma Hooker. It’s a good name, no? The Hilma Hooker was a cargo ship, 72 metres long. She was launched in 1951. She sank in 1984 after being detained in Bonaire when a search revealed a false bulkhead which had 25,000lbs of marijuana stashed behind it. No one ever found her owners.

Eventually, sans crew, she was taken to an anchorage and began to take water through her lower portholes. She sank in two minutes.

We had a strong wind on our beam when we left the mooring field. At 22 knots of wind, the catamaran was whistling along at 7.5 knots of speed. And it was amazing; the plant pots were still happy on their positions outside. The galley area had lots of things on the surfaces, unsecured.

On Quest, everything would have to be stowed. Not on L’Alchimiste. If it wasn’t for the wake and the changing scenery, I swear we could have been completely still. Admittedly, there was no swell as we were tucked behind Bonaire’s eastern shore. Still, civilised was the word. It was the word that sprang to mind. Don’t tell Questie. I’d never been on a catamaran before.

And what a wreck dive. The Hilma sits in 30 metres of warm, clear, Bonaire water. We went down with L’Alchimiste’s François off the back of his boat. There was reef, reef, reef and where’s the wreck? Ahh, there was the wreck. It appears as a sudden skyline right in front of you. A startling sensation – by the time you see the wreck, you’re already beneath it.

This is because it lies on its starboard side. You see the hull first. It is fuzzy and grey, but not covered with corals and sponges like the Pamir was in Barbados. I don’t know why. Maybe it’s too deep? That doesn’t make sense though. A second coral reef extends past the wreck on the deeper side.

We turned the corner of the bow and saw the superstructure. It got really interesting at this point. Normally, I’m not the biggest fan of wreck diving. They can be a bit overwhelming for me. It’s embarrassing but true. Not now though. Now, I was pinching myself for fun. It was so cool to be here with our group.

We turned our torches on and swam through the holds. Afterwards, we came up and had an amazing lunch. We brought a pot of food, as did SV Happy Days who came too. L’Alchimiste made a delicious spread of salads and barbecued chicken. When we finally left for home, the full moon was rising over the island. Sails up again. No leaning over and very civilised. And lovely to see Quest. 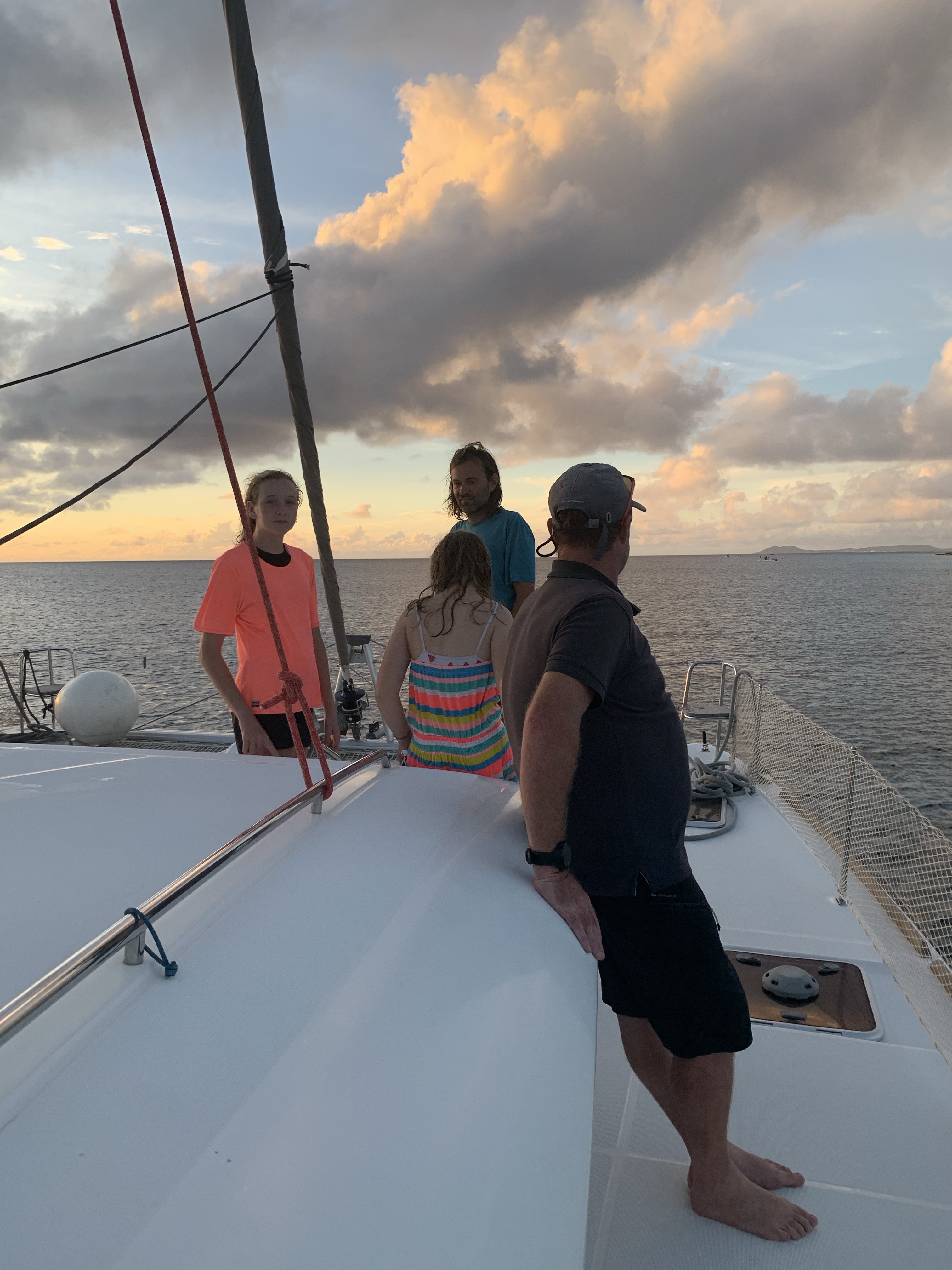 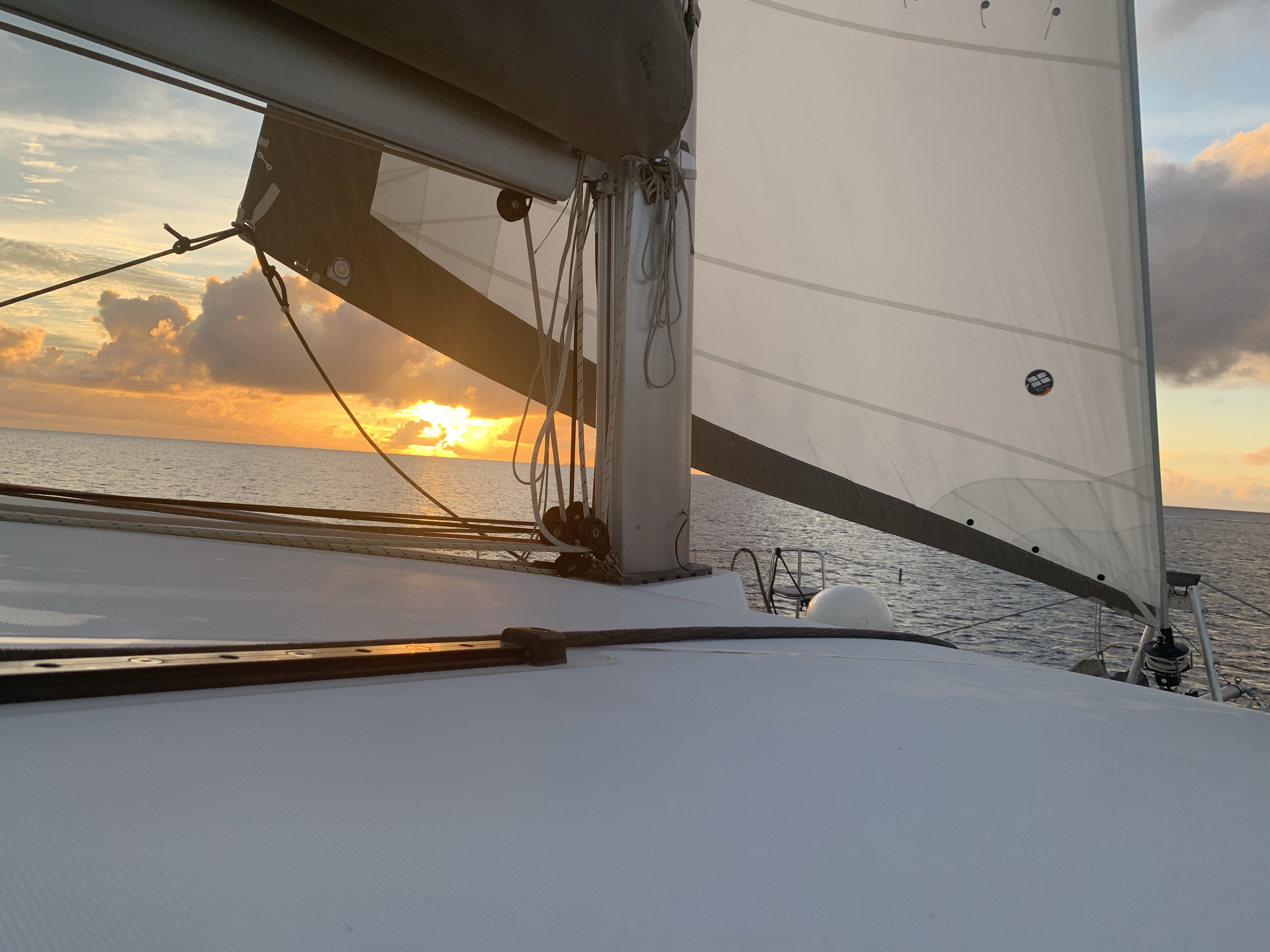