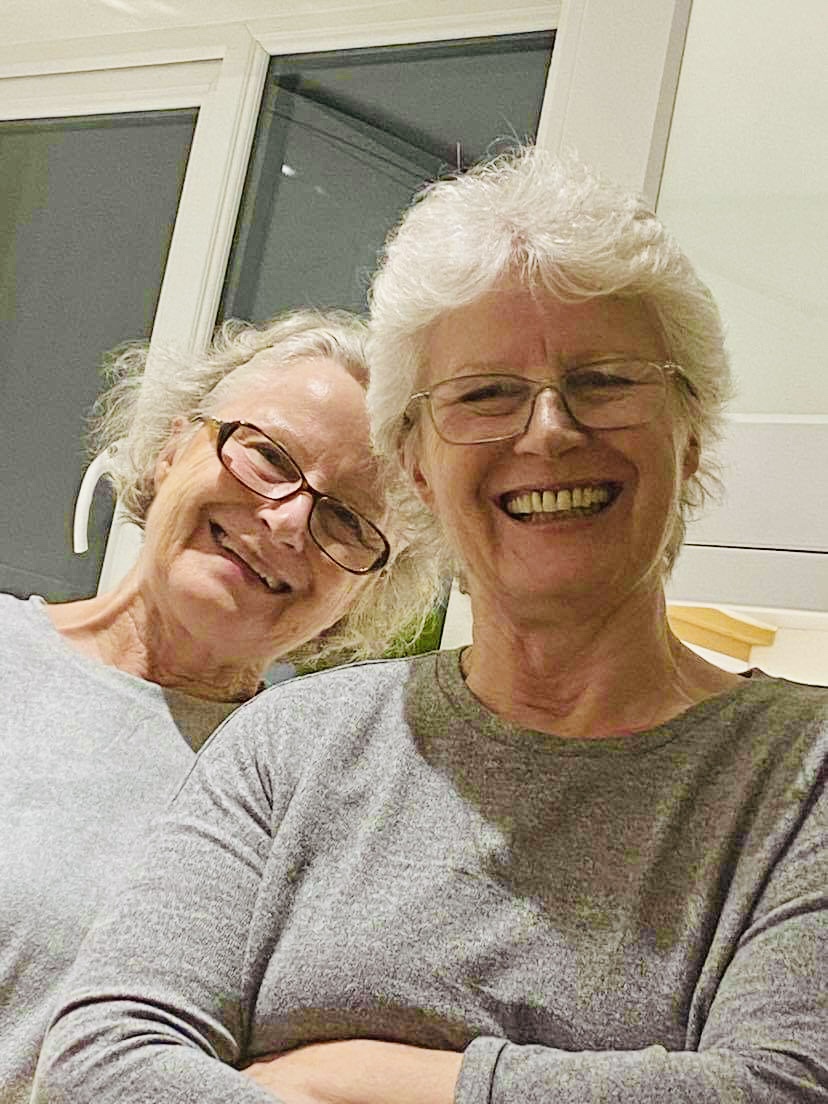 It would not be surprising to my family – that the so-called Star of Bethlehem, or more scientifically described as the rare conjunction of planets Saturn and Jupiter, would occur on my mum and my aunt’s birthday.

They’re lucky that way, Ala and Ela are. I’m not saying they’ve been perfectly lucky in life. They’re not superheroes. Just that they’ve always had a streak of luck running through them – which feels like the shine of a rare star. I didn’t quite understand it when I was little. It was too dazzling to see it properly. Now I get it. It was love. The twins have always been surrounded in love.

Not an easy feat. Both of them born a little early, just after the ruins of war, when the arrival of twins was still a surprise, except for the hunch of an elderly midwife. My grandma still loves to recount the story. “One big one,” the doctor said,’ she giggles. Like she was in on the surprise.

Despite the challenges, they grew up happy. Neither twin have painful childhood memories. Not a single damn one. Annoying, no? My grandparents were completely human too, but they still managed to touch those two with a mark of something that’s never worn off.

The twins both know how to smile for example, like it’s going out of style. They can tell jokes in different languages with the appreciation of the dirtiest of soldiers. They understand instinctively the needs of animals and small children. We should know. The strays line up at their doors, which are handily situated next door to one another.

I didn’t spend last year’s birthday with them. We’d just sailed into Les Saintes. I bought them an online gift; went for a Mark’s and Spencer delivery of…. wine. Yep, my mission was to get them sloshed. Then about two weeks ago, I suddenly realised I wouldn’t be there again. I made a similar order. The box has been in my mum’s garage for a week. She opened it today. Mission re-activated.

I managed to see the conjunction tonight. It hung low above the western horizon until about half-eight, where it sunk down. You could still see the two ‘stars’ next to each other with your naked eye. The iPhone shows them as one white blob.

My mum told me to make a wish on it. It was unexpectedly hard. This is because, until today, I’ve felt the excuse of being away on Quest during the pandemic has somewhat compensated for not seeing my mum, my aunt and my grandma, who lives with them now. It’s been a handy excuse this way – and surely better than if we were home, I tell myself. I wouldn’t even be able to visit them then.

Today though, I was smacked with a creeping dread. What if this pandemic never ends, or not for five years. The chaos coming out of the U.K. was palpable in the news. Long lines at supermarkets again, a new mutant Covid strain, the ports closed. There was a lot to wish for on the Bethlehem Star last night.

One thing for me.