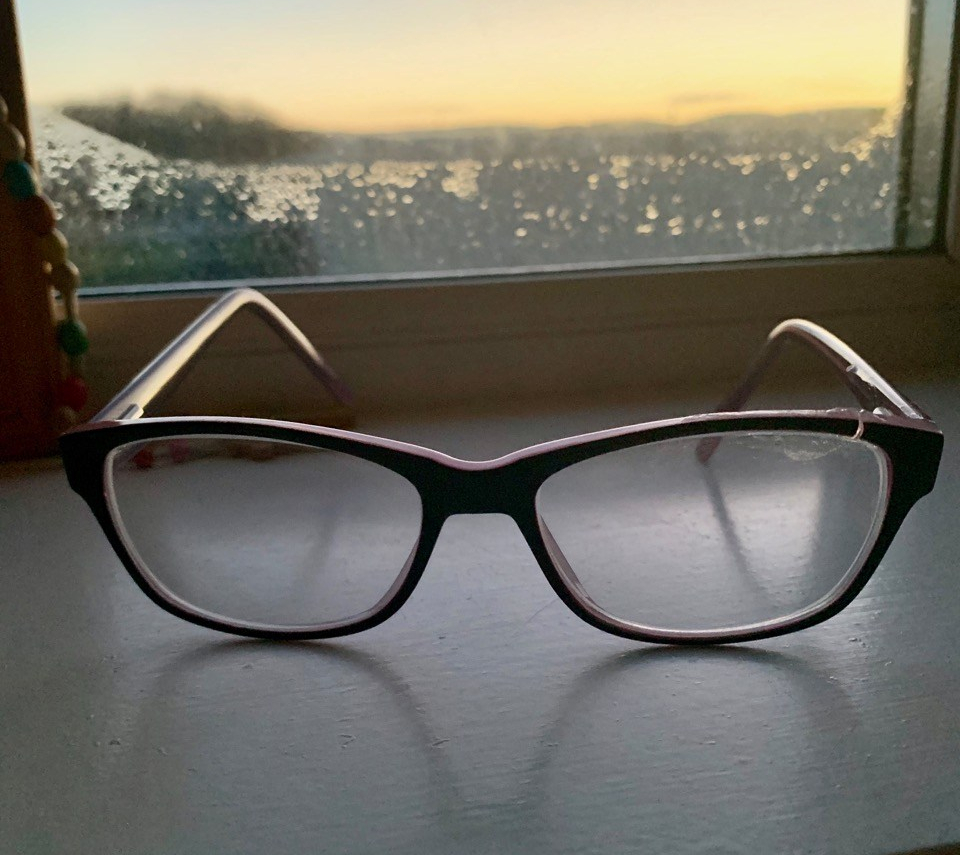 Lulu broke her glasses today. The day before she starts mainstream school. She broke them after being rude to her dad. Proper swearing rude. I know he’s annoying sometimes, but I don’t think she really can call him a f***ing c***. After all, she’s his daughter. I’m his wife. It’s a perspective thing.

So, why did she get so upset in the first place? In my lovely hotheaded family, our older daughter Lulu gets really, really upset when her father gropes her mother. Me that is. I wonder if our family is alone in this anger management problem? Bum pinch, slightly inappropriate cuddle and Lulu sees red. I’ve been trying to figure it out for a while. Is this outrage because she only sees me as a mother? Someone no one is allowed to touch – not even her own father? I mean, I had to watch a series of step-parents do it.. on both sides of the parental line. On this single fact alone, I can’t help but think she doesn’t know how lucky she is. Or maybe it’s just always grown-up gross.

Jack told her off for her reaction. She didn’t really leave him any other choice. She punched him in the gut. A favourite bullseye for her. Then, as she was leaving the kitchen, she threw her glasses off of her head. I heard them smash against the floor. They were in three different pieces before I stopped looking. She needs her glasses for school. Three-and-a-half years of home/boat/internet school and she smashes her own glasses on purpose. There was even a visit to the opticians yesterday (with her father no less) to make sure they were ship-shape for school. Breaking them was supreme self-sabotage.

My heart sank. Not even for the logistical element. Call me sentimental (sentimental), but today was our last day together. And in about nine months time, we’re supposed to go to Quest together again. We’re supposed to revise this routine of InterHigh, hanging out, scuba diving and sailing off into the sunset. Hmmm. Glasses can be fixed but dreams are trickier things to glue. My heart is in my shoes tonight. I wonder if our impending plans will come down to the sound of glasses crashing against the floor? After all, I noticed on Quest that not many sailboats we encountered were travelling with thirteen/fourteen-year olds. The majority of families we met had young, young kids on board. There’s a reason for this. Hormones, annoying parents, the wish to be with your own peer group – never mind Lulu. Just kidding. Sorry Lu. No wonder you want to get away from us.

So, how much do you pursue a goal? I guess time will tell. In the meantime, Lulu’s going to mainstream school. With super-excited, glued-together glasses. I know: she needs to get away from us and find her own space. Her own self. She needs to see the world without our faces up close in it. Hopefully too, it’ll make her realise how awesome we are. Just kidding again. My heart might be beating from my trainers but my toes are crossed. For happiness.