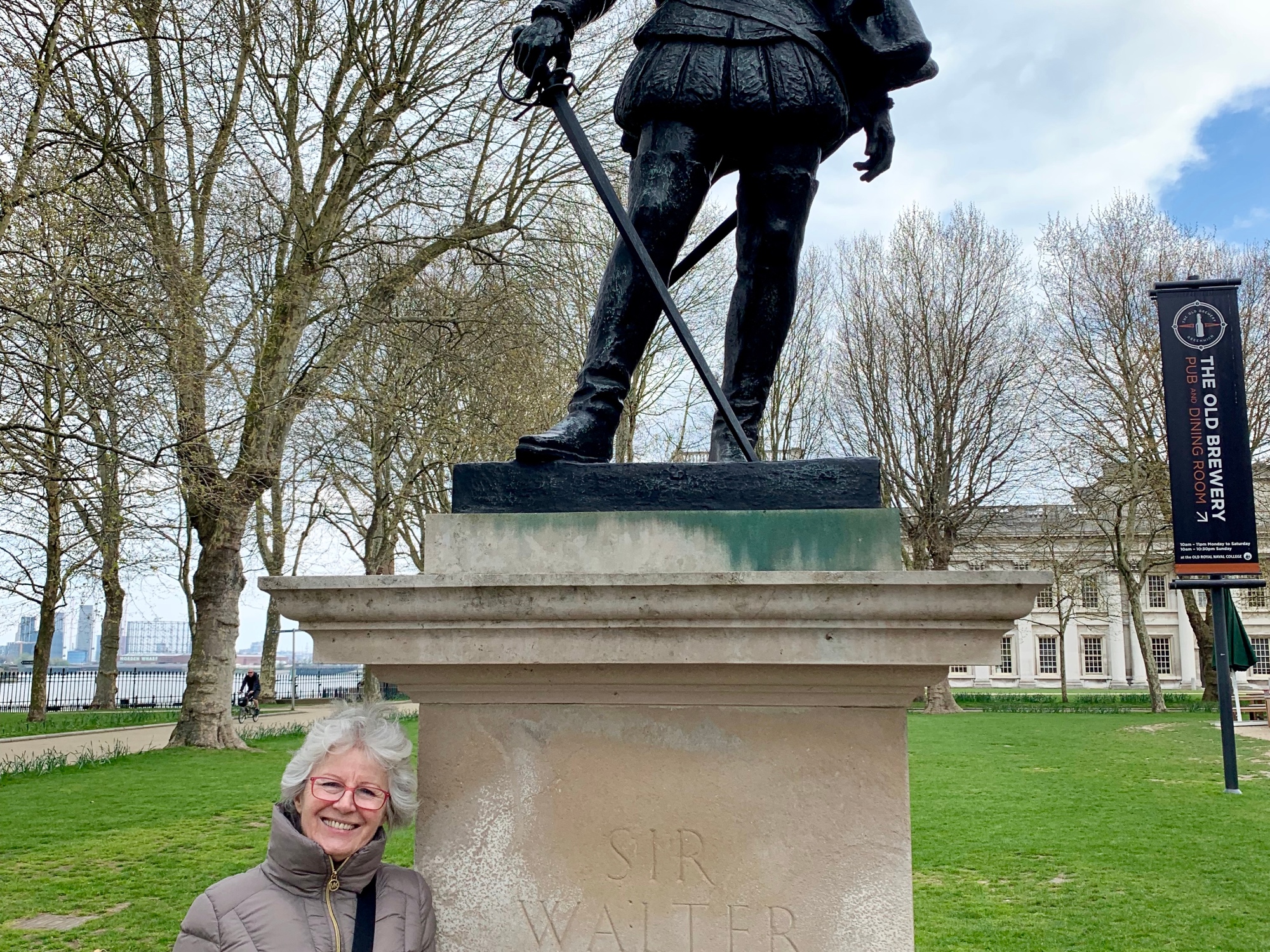 Mum, Chloe, Delph and I made our way out of the now, familiar Laban Building. Somehow the long journey getting here for Delph’s dance intensive has given us a stronger attachment to this place. That ‘look what we had to do to get here’ feeling. But it is still the UK: although it took us an hour and a half to get here. It’s London, our capital city.

Travelling here has been an adventure of its own. Through the miles of snaking underground tunnels; sharing our space with commuters, tourists and other families. Watching people you’ll never see again go about their daily lives. Popping up at the City of London, full of smartly-dressed city workers and then, only a couple of miles away, taking the bus through council estates where sheets dry on balconies like stripy bedroom flags. This country is known for its hierarchical society and yet travelling through it, geographically-speaking, it’s a complete, saucy mix.

Greenwich Market, the Cutty Sark, and the Naval College are all part of this mix. Food stalls in Greenwich Market are from all over the world – curries, churros and burritos to name a few – tasty, hot and pretty inexpensive. Then the antique stalls: little china dolls, dinky cars, fossilised teeth, clothes and chi-chi homeware all inside.

The Cutty Sark stands nearby. The fastest tea clipper of her time, she was recently renovated after being accidentally burned down by a vacuum cleaner. She stands next to the River Thames, fully ensconced in glass and paraphernalia and British history buffs; a reminder of our past. Our trading empire. Groups of tourists and guides speaking in different languages – all saying London was once the biggest port in the world. Greenwich its heart.

Next door: the Naval College where Horatio Nelson trained, a statue of Sir Walter Raleigh outside the entrance – privateer, explorer, politician and ultimately fantasist in his thigh high boots and his puffed out breeches. Hero, villain, completely English and of his time. He led the expedition to the fabled city of El Dorado, the South American city of gold in the early 1600s, came back to England empty handed and was promptly executed.

‘Don’t you think he’s a bit good looking?’ I asked Chloe. His statue has him with a thin, curly moustache under a pointed, Roman nose.

Chloe and I left my mum in Greenwich Market to try on funky clothes. We headed to Tesco’s to fuel up and watched five fire engines pull up on the other side of the road at a new development of flats bordering the Thames. One after the other, sirens blaring, they turned into the car park next to Waitrose. Once they arrived they seemed in no hurry and we watched as they stretched, slowly donned their helmets and got out of their cabs.

‘Do you think there is a real emergency here?’ Chloe said.

‘I don’t know, I replied. ‘It’s hard to think they’re not on a donut run of some kind.’

We went back to the Laban Building for lunch with Delph and the rest of the dancers. Afterwards, Chloe and I walked back to the High Street towards the bookstore this time. None of my kids like bookstores. Only Chloe.