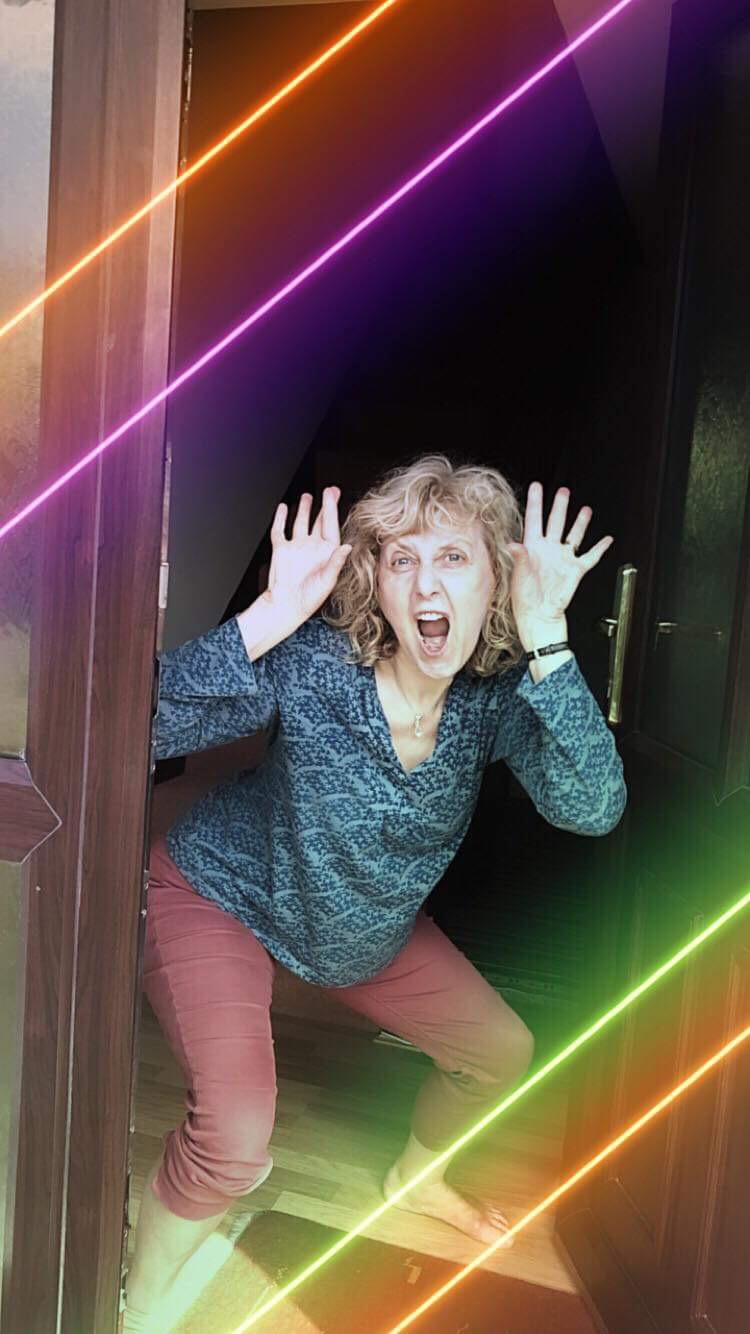 ‘But Linda invited us.’

‘I just want to know what the movements will be,’ Jack said. I pointed him a glare. He ignored me – he was busy waving his hands and doing the two-step in the kitchen.

Delphine groaned. ‘See? That’s what I mean. They’ll make us do crap dancing. I don’t want to go.’

‘Look,’ I tried to reason, ‘It’s just Sunday Service. I don’t think they’re going to make us dance. And if we’re not having a good time, we can leave.’

‘Why do we have to go?’ Delphine was definitely digging her heels in. Fair question.

‘Because Linda is running the Sunday School this week. And I think she’ll make it fun. She makes lots of things that don’t seem very fun, fun.’

With this, Delphine turned her back to me and crossed her arms.

Who won? You guessed it. We rocked up outside St. Paul’s Church just before the service began. I suddenly got a wave of anxiety. Was this the right church? I’d forgotten to confirm – I’d just assumed it was. We walked in and saw Linda and her husband sitting by the entrance. For her part, Linda looked genuinely surprised to see us.

She stood up. ‘What did you do to convince Delphine to come?’

She laughed uproariously. No surprise – Linda laughs uproariously better than almost anyone I know. This familiar sight did send Delphine’s shoulders down. At least we were in the company of familiar people.

We were standing in the Methodist church in Aberystwyth. There’s an uncannily high number of churches here for such a small town. I do know St. Paul’s is one of its more progressive examples.

They do a free lunch here every Thursday– with a sliding scale payment – which I hear is both delicious and welcoming. Jack goes sometimes with his friend. I have not yet been despite the sliding scale payment. The church itself was more like a hall with a couple of panels of stained glass and no visible permanent pews. It had a few lines of folding chairs. Linda sat down next to us and her husband sat down next to her. She smiled at me. I smiled at her.

‘What’s the deal with these chairs?’ I asked.

She looked surprised. Surprised I guessed, because either she too had never noticed it was unusual for a church to be full of folding chairs, or this was one of my more ridiculous questions.

‘So we can move them out of the way and I have functions instead if we want.’

Aha. I didn’t say anything, but I thought, ‘Isn’t that what the other parts of the church are for?’ Coming culturally from a Catholic background, I have some preconceived dogmatic ideas of church spaces.

Oh well. My bad. Our sailing trip to Barbados did teach me a new respect for the Methodist faith. Traditionally the Welsh church of preference, the Methodists were an ally of the abolitionists. Methodists believed that human slavery was wrong on every front and even said so when other branches of faith were decidedly more reticent on the matter. For this reason, the Methodists were banned in Barbados in the early 19th century, which gave them a large following amongst enslaved population. Nowadays the Methodist church in Bridgetown is proud of its past. I’d been impressed too.

As we waited for the service to start, I wondered how many of these fellow churchgoers sitting on folding chairs and doubling up as driving-test waiting room applicants, were also aware of this proud Methodist history. The room was pretty full, and it was filled by a diaspora of people. Ethnicities, different social groups, and a fraying, if unrepentant-looking band practising in the corner. The Methodists were about to begin.