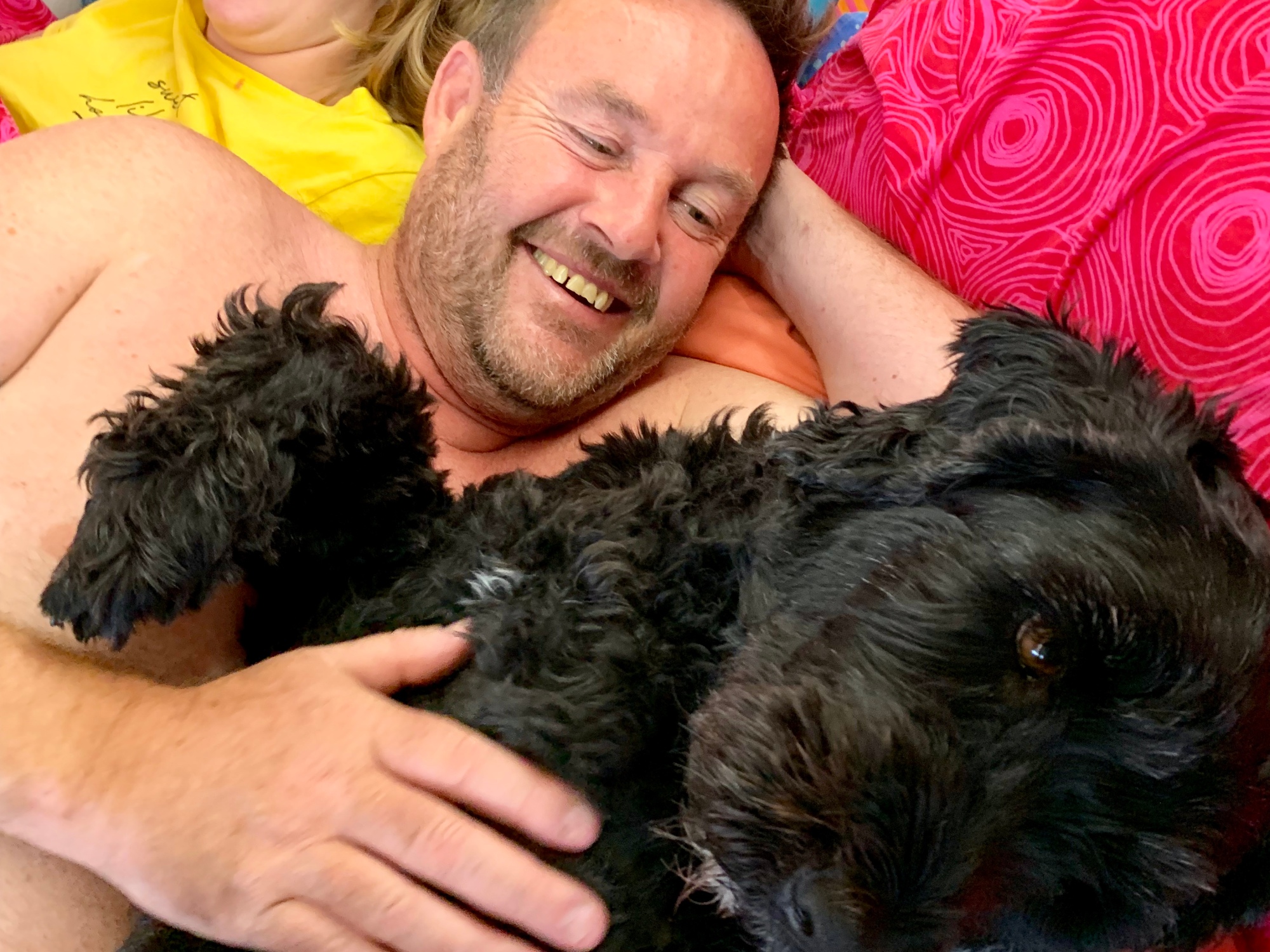 Last night I slept next to Fin. I took myself to the caravan for lack of bed space and took Fin with me. The girls were cozied up in bed on their devices. They looked like they were running a multinational company. Three iPads and one phone. I do like watching them like this… they looked so happy.

Chloe doesn’t have a phone yet since she’s only ten, but with a two-year age gap between her Delph – well, it’s the new milestone. Never mind kissing or periods, it’s also about the age you get a phone. And Chloe is not there yet. But she’s in my house for the next two weeks. And she’s here to relax.

Her parents are strict with her device usage back home. I know they disapprove of the amount of time my kids go on their phones and iPads – because they tell me so. Hmm. Do I tell them what time to go to bed? How to brush their teeth? Especially when they’re spending all their time with toothbrushes in their hands.

I took myself to the caravan with Fin. For the first part of the night, she slept a small distance away. Then at 3am, the heavens opened and a wall of water came down. Fin sat up nervously. The sound of the wind banging against the walls, the rain drilling the roof – you’re closer to nature in the caravan.

It poured again at 6:30am. The phone beeped this time.

‘Can you check the drains?’

10 minutes later, a knock sounded on the caravan door.

We sighed. Ever since the council increased the pipe size into the main drain and finally dredged the leat at the back of Borth, our drainage has been much better. It’ll never leave us though. Oh well. Possibly appropriate anxiety for sea level rise.

Fin responded by jumping over him in relief. She doesn’t like the caravan much.

‘Do you cuddle her?’

Fin doesn’t like to be cuddled too much. If you touch her by mistake with your toes in the middle of the night, she normally growls and jumps off the bed.

Jack said, ‘Yeah, but the caravan is different.’

To prove it, he got on the bed and called her. Fin did jump up, but this time her long back made contact with my side. My eyebrows rose. Fin cuddling? She sighed that dog’s sigh. Jack adjusted the blanket so she was partly under it. This was different too. Her thick coat means she usually gets too hot to stay under any cover.

Fin didn’t move a muscle, except to stretch her legs out. For the for the next three hours we cuddled together like a couple of puppies. When we woke up again it was sunny and closer to 10am then 9. Fin raised her head and looked at me. Can we go now?