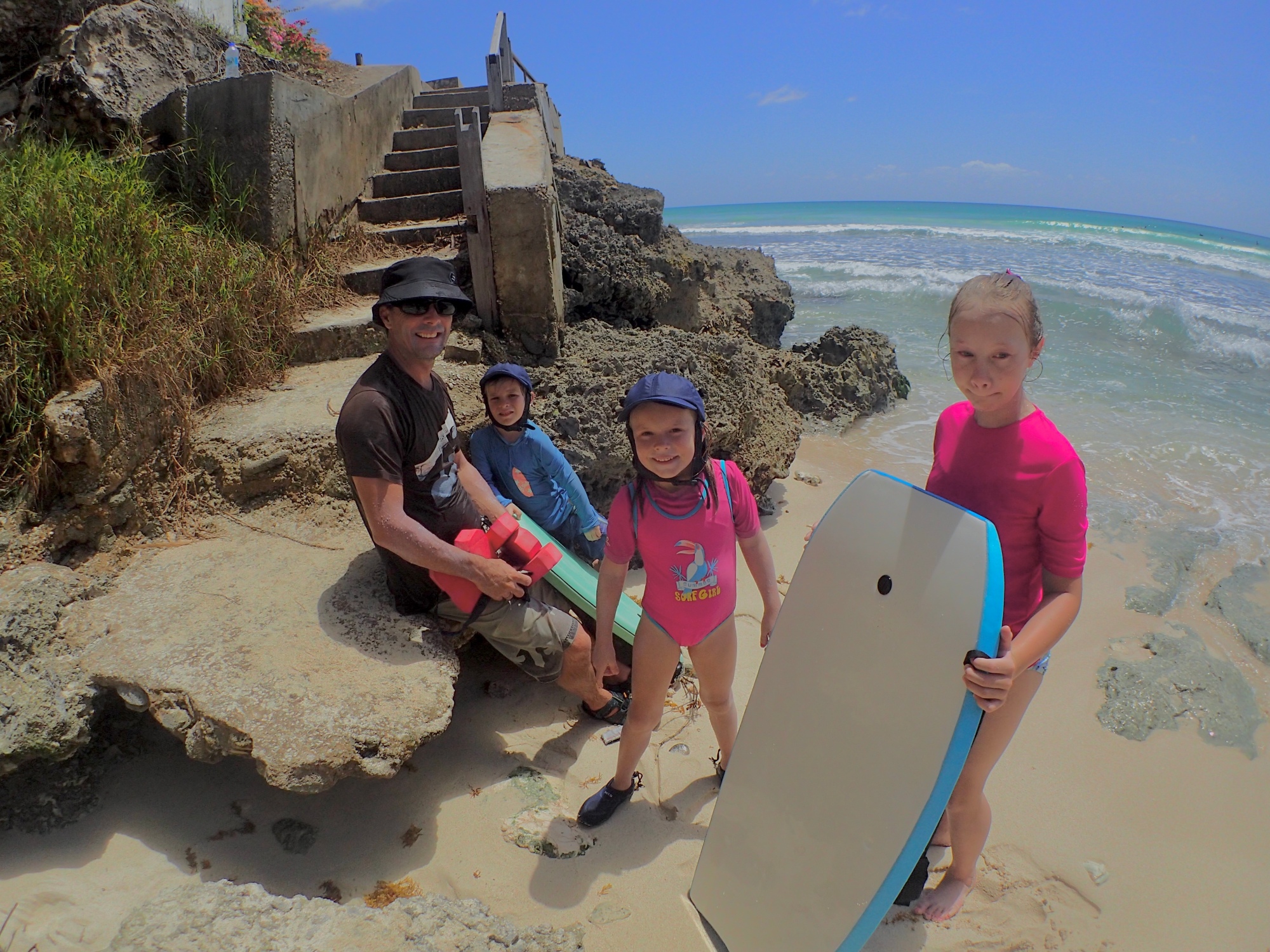 Our friends, Geoff and Silke and their children, Annika and Oli live on their sailboat, Sago. Hey Sago! They’re currently sailing towards New Zealand. Started in Europe. We were lucky to be able to hang out together last year in Barbados. But here’s the thing. Geoff and Silke – well, actually Geoff more so. He’s always slightly puzzled me.

Why? The guy’s an engineer. He builds buildings – big buildings too. We first met Sago as they were stationed in Grenada. Geoff was a UN chief engineer, re-building Grenada’s Parliament building at the time. This was after the damage incurred a decade before by Hurricane Ivan. That cheeky, Russian-sounding hurricane. He tore the whole place apart.

So this is the bit which puzzles me. Geoff builds buildings, but he lives on a boat. Uh-huh. And he’s really happy to be doing so. Like one of the happiest cruisers I’ve met. It struck me as slightly strange.

In contrast, I’ve always been a bit ambivalent about living onboard. You know, not being a lifetime sailor or really any kind of sailor before we set off on Quest. And my experience so far is that living on boats can be a little bit hard. Ha-ha! I crack myself up. Where do I begin?

There are dinghy rides to shore. Endless trips for water (and this comes from a boat with a water-maker), filling gas bottles for cooking and the trickling of provisions back to the boat. That’s just the basics. Onboard, there’s making solar, waiting for the batteries to fill, turning the inverter on and watching everyone race for the chargers. Power has to be organised in advance and managed.

Then there’s lifting a heavy dinghy every night so it doesn’t get stolen, making sure your anchor doesn’t drag in a squall or actually lifting anchor and moving. All in all, it’s about a thousand times easier to live on land than water. Ahh, the water. I almost forgot about the water. The seas make up for a lot. And the sense of freedom. That bit’s good too.

I just never considered living this way for environmental reasons. Not when we set out anyhow – sailing was simply the most efficient way to get here. Now, I’m thinking of the millions of people – so many of them children – in organised protests addressing global climate change today. About how we have to change the way we live. Make less of a carbon footprint. Live sustainably.

Suddenly I’m thinking of Geoff again. I think I might get it now. He would know – the builder of buildings. Fair winds, Sago.

One thought on “The Sage on Sago”