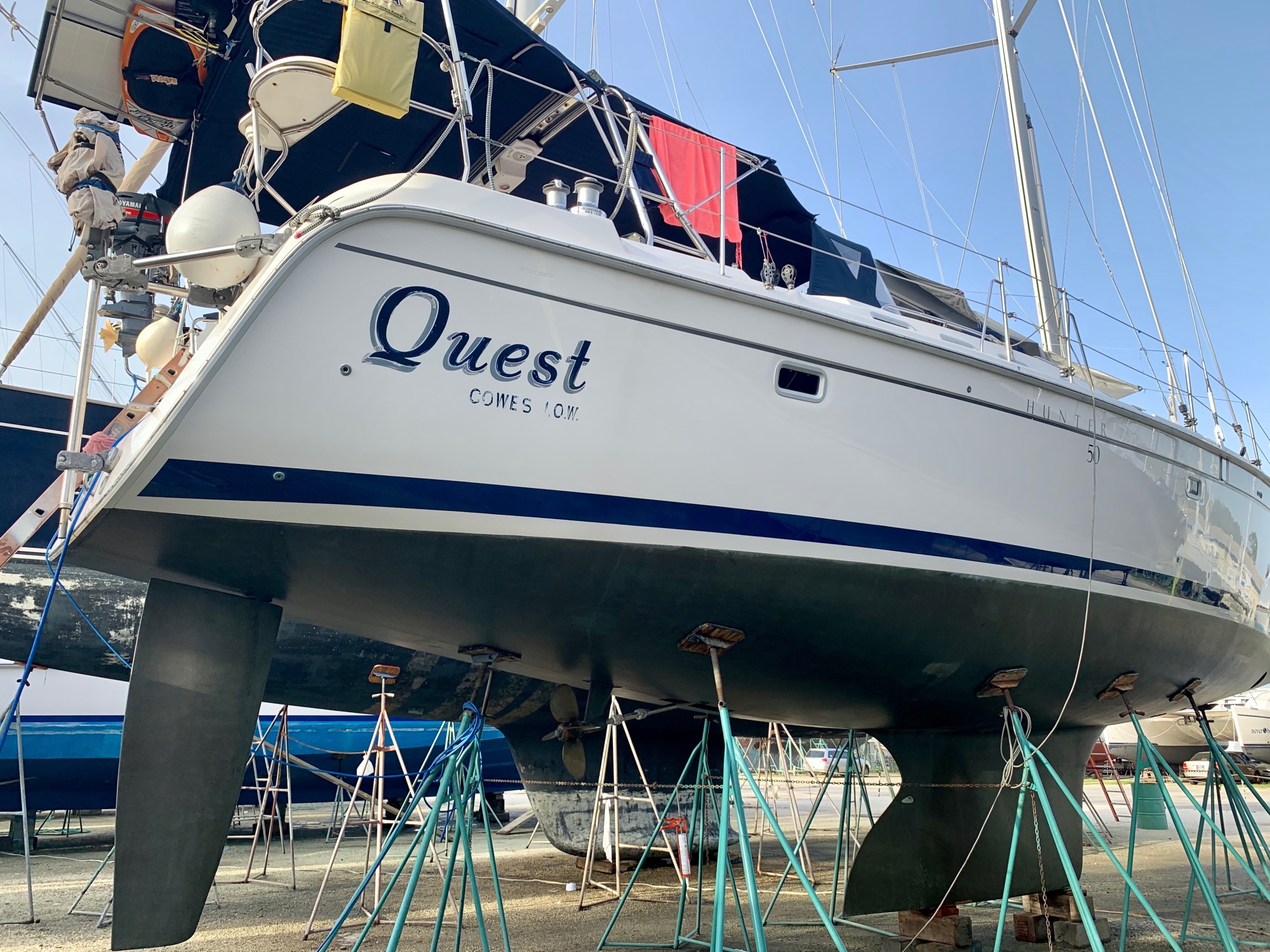 It’s a calm tropical morning. 4-6knots of easterly breeze. Sun still soft outside. In two hours, the big blue travelift will beep our way. The boatyard men will begin to work. They’ll place the two enormous hoists around the Quest like a cradle. They’ll remove the metal stands that have been supporting her for a year-and-a-half. Finally, the blocks connecting keel to ground will be gone. Quest will no longer be of this Earth. She’ll be ready to float.

When she’s lowered in, everything has to stop. Jack needs to go on board accompanied by Falco the mechanic. They need to check the shaft-seal, the sea-cocks, and the bilge. If we’re not taking on water, Falco will change the impeller on the engine. He likes to do it when the boat is in the water. Then they’ll start her up.

‘Do you think she’ll start ok?’ Jack asked him. ‘Since she’s not been started for so long?’

‘Of course,’ Falco replied. This man is ice. ‘She’s a Yanmar engine.’

Whether or not she does, his reaction was worth it.

Then, all things being good, I’ll come onboard. We’ll remove the lines holding her to the slip. The men will throw the lines at me. I’ll probably miss them as usual and they’ll sink into the water. Oops. We’ll have a bit of a laugh – nothing like living in a man’s world. Totally did that on purpose. I’ll pull them dripping aboard.

Jack will steer Quest out under engine. We’ll go through the anchorage and pause for a minute. I’ll re-jig the fenders so they’re lower down. Then we’ll cross through the anchorage again and tie up to Peake’s private pontoon. We might as well be crossing an ocean. Twenty metres of water and a travelift. We made it.