Union Island, just north of Carriacou, is the most southern port of entry into St Vincent and the Grenadines (SVG). Thirty-two islands and cays make up the SVG archipelago. Just nine islands are inhabited.

At the top end is the mama island, St. Vincent. She was named by Columbus when he spotted her on St Vincent’s name’s day in January, 1498. She is much larger than the rest – 144 square kilometres. She has active volcanos and is shaped like a teardrop. Geography lesson over! Or just beginning 😊.

We haven’t been here before. Result! Part of Questie’s quest to see more of the Caribbean this season. True, it takes us longer than most. We’re a little slow that way. Most normal cruisers could see it in a season. We met plenty who did. It was difficult for us to come here with Fin. You had to clear her with the vet’s in and out of St Vincent – ok if staying in the north but a pain if located in the south. At the time, we shrugged our shoulders and stayed in Carriacou. Watched everyone else go. Sorry Finster.

She was the first thing I thought about when we came ashore at Union Island. There are a lot of hungry-looking dogs roaming around. Were they wild? Unowned and unloved? Hard to say. There is an animal sanctuary at the end of the high street. Looked nice too. Do they feed all these rangy dogs – some limping, some mangy, all desperate or at least thirsty-looking? I think they try.

Thank goodness we didn’t bring Fin here. She would have either been eaten by these dogs or eaten them all herself. She would have definitely made them feel worse for being so silky and well-fed. They might have even worshipped her as their queen. Sorry, I’m getting carried away – we watched the new Lion King last night – one of the DVDs we got from Trinidad.

I’m probably still in movie land, but with its hordes of dogs and small-town feel, Union Island just struck me as prime pirate hotspot. I know this is a hopeless stereotype, but if the shoe fits! Long and pointy at the end, with some kind of feather. A lady sat selling second-hand shoes on a table opposite the mobile phone shop, Flow. I bet she had just such a shoe among the sandals and worn pumps.

The customs lady even had a gold tooth – one of her front teeth. She was a hands-down cool lady. She gave us the Flow shop info.

‘Go see Nadia there. Tell her Kimberly sent you.’

We nodded. Good information since there are two mobile phone carriers in this part of the Caribbean. Flow and Digicel. Always one is stronger than the other in each island. Go figure. It’s like a game. Digicel in Trini, Flow in Grenada.. and Union Island. The list (and the game) goes on.

I was tempted to ask the customs lady where she got her tooth done.. in view of Jack’s mouth of course. It’s like a work in progress. This was the customs lady though – holding our passports at that very moment, so I didn’t. I don’t think she’d have minded though. 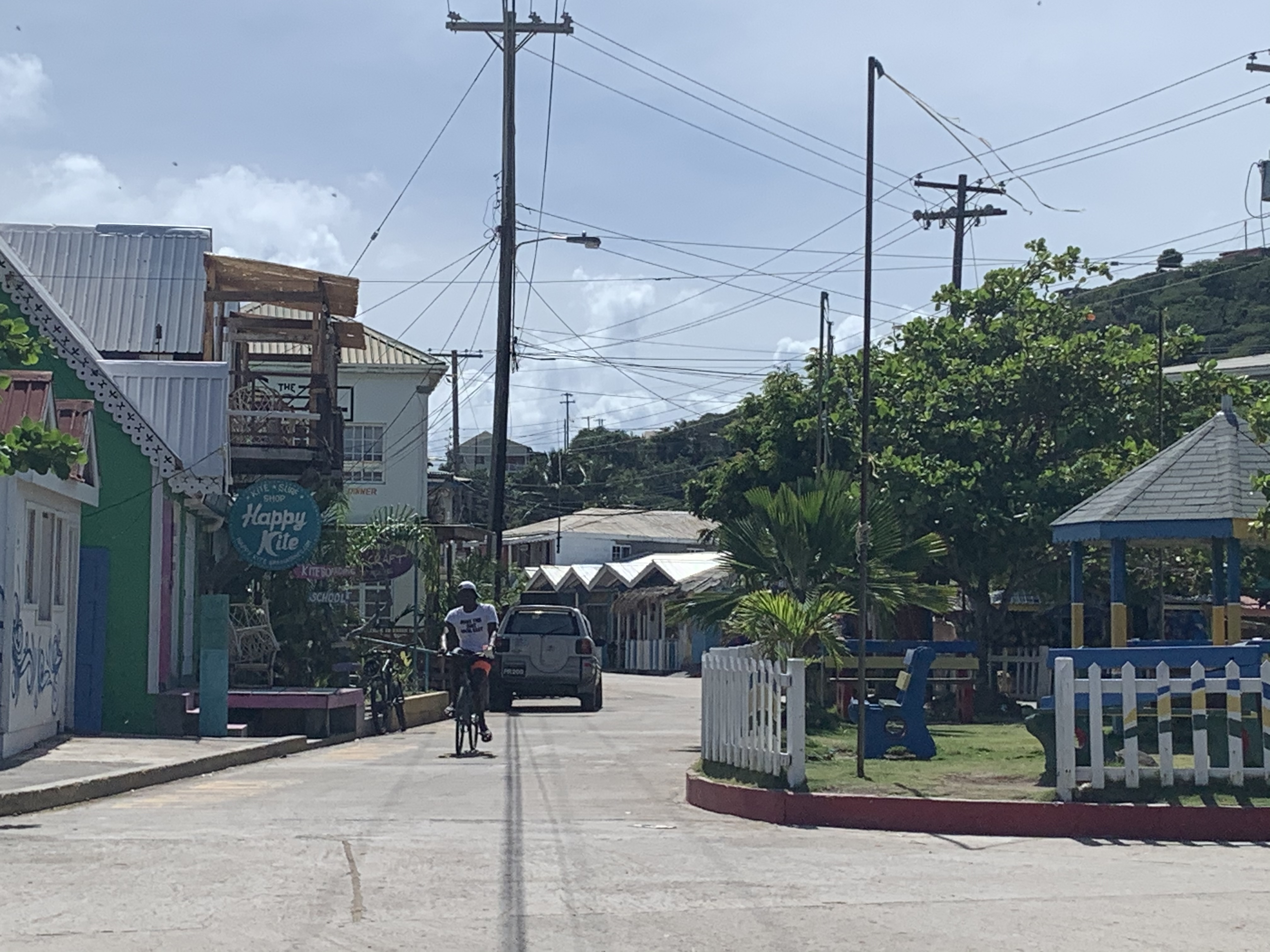