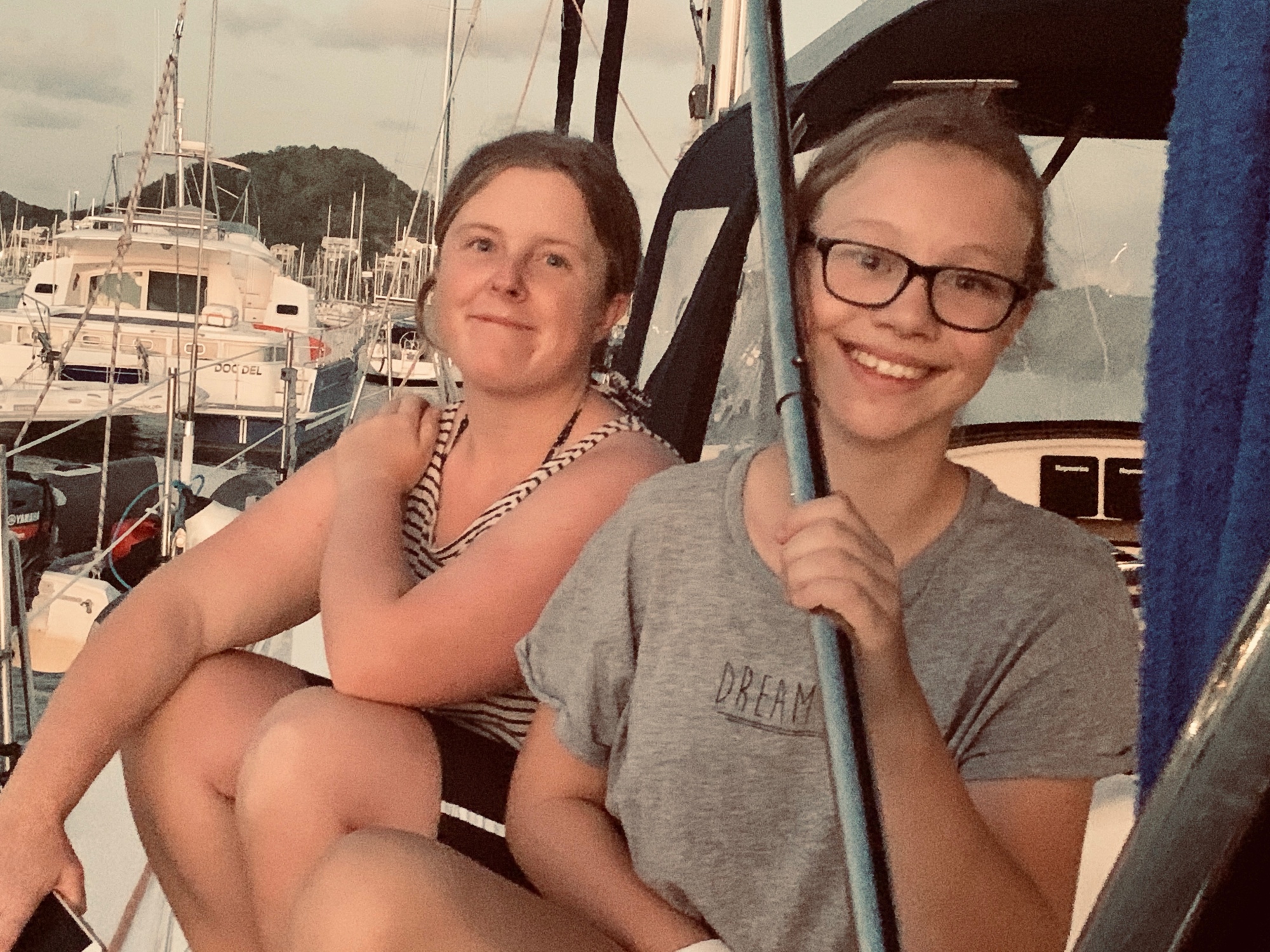 You don’t meet many people like Eddie. Hold on. Maybe you do. Today was just our first time meeting him.

Eddie is a live-aboard cruiser. He’s spent the majority of his sixty years moving around the Caribbean. The Caribbean is, after all, a natural place to move around in. Each island may be a different nation, but they are still joined. Cultural history, family and simple geography keep the islands connected. Eddie is living proof.

Where did we meet him? Outside Le Marin’s shower block. The complex with the Capitanerie had just shut. They were running early hours on the 1st of Jan – after we checked in and got the shower code. This time we were ready to wear our shower shoes (thanks for the advice, B). Nothing else was open.

We’d steamed to Le Marin earlier. A two-hour journey straight into the wind. We’re back on the southern tip of Martinique. aiming to stay here while waiting for a weather window to Barbados.

At an angle of 135 degrees, we’ll need some north in the wind before we’re able to sail there. So far, the Caribbean trades have been south-easterlies. Sailing to Barbados can be challenging with its easterly angle and counter-current. The moment will need to be picked.

This brings me back to Eddie. Eddie’s father was from Carriacou. Part of Grenada, this windward island was largely colonised by the Scottish. Eddie’s grandfather hailed from Iona. His grandfather and father made wooden boats in Carriacou, an industry that lives on to this day.

His mum came from Dominica. Eddie told us how his early life revolved around these two islands. Until he jumped on one of his cousins cargo boats and hightailed it to Central America as a teenager. Lived on the streets in Columbia, Panama and Costa Rica.

While Eddie was telling us this, he was smiling. He said, ‘That’s why you have to learn three languages in the Caribbean to get by – English, French and Spanish. And learning to fight is good too – if you live on the streets. If you’re from here you learn Creole too.’

I don’t know how Eddie’s rough early adulthood transformed into being a yachtie. I can’t help but imagine it was probably as seemless as the way he travels between his islands.

Sitting in the empty bar, on the day the world seemed to stop like it doesn’t want to re-start, Eddie gave us a run-down on the islands. He was fleeced by customs when he was leaving Antigua too – thank you! He loves Bequia for the community feeling. Winces at the cost of food. Loves Trinidad for being Trinidad. Goes home to Carriacou to join his family. Mourns the recent large-scale development of Dominica.

‘They’re cutting everything down in my mom’s island,’ he said. ‘The nature island. The government is taking money from any nation who wants to give it. This isn’t the Dominica I come from. I find it hard to go back now.’

We thought about it. ‘But can you blame them when Dominica is sandwiched between rich Guadeloupe and Martinique? They must see and want it too.’

Eddie shrugged. ‘I don’t get treated there as you would get treated. And I’m from the place.’

Ouch. ‘Which is your favourite island?’ I asked.

He smiled into the distance. Bandana wrapped round his head. Blue glint to his eyes. Dark caramel skin.

‘Has to be Martinique. After all, they have the best food.’