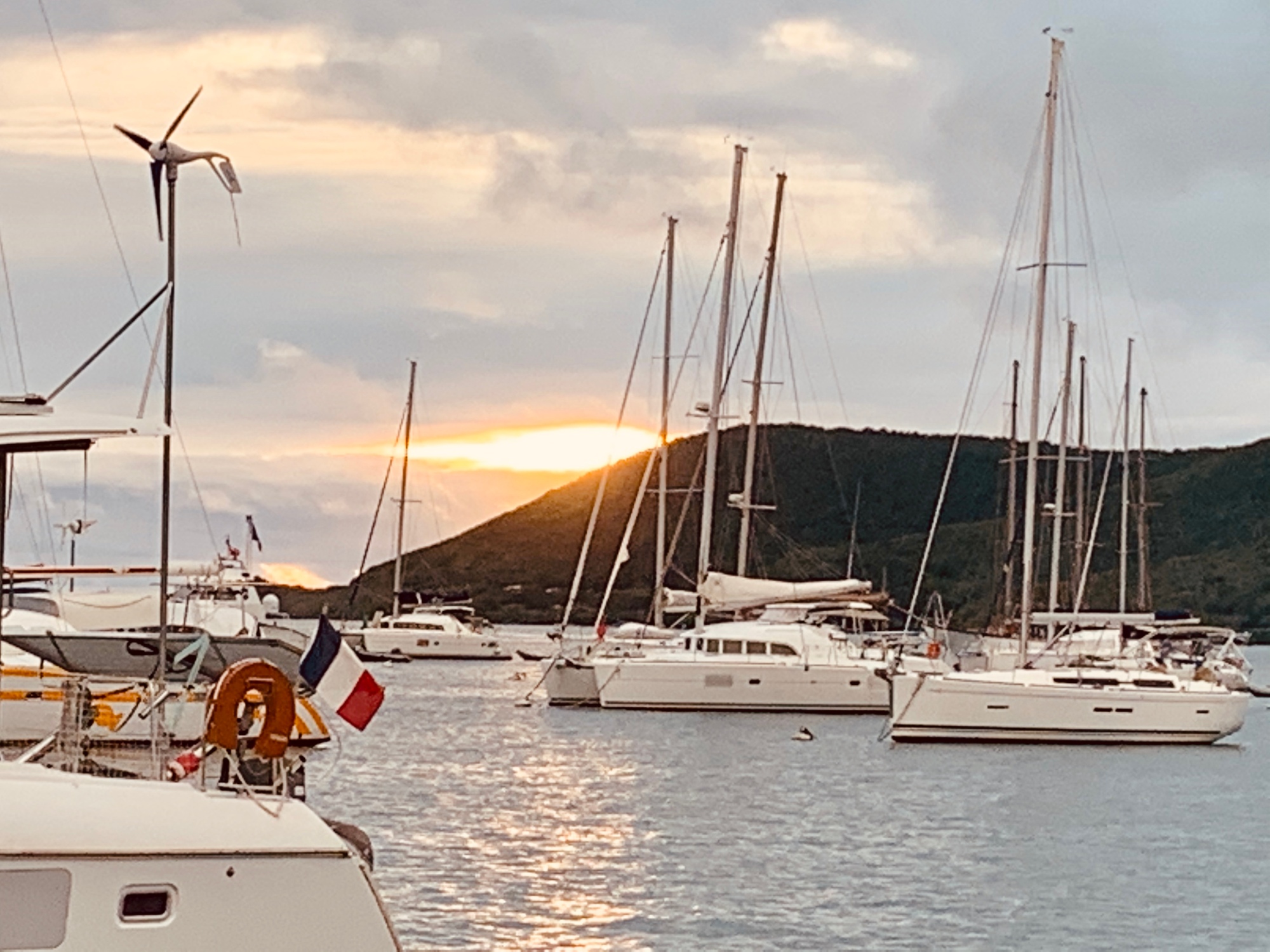 2nd of January. School starts on Monday. This is just as we find ourselves in another new place. Currently located, as Delph says, in ‘swamp-city’.

When we came in to Le Marin, we were aiming for a mooring buoy at the front of the marina. We stayed on one about a month ago. It’s awesome – you’re close to everything. The laundrette, the showers, the shops. There were loads of buoys free too, so we called the marina on the VHF and waited for them to assign us a buoy number.

We waited, and waited. Eventually the marina guy turned up in a skiff and told us to follow him. He went down one mooring channel away from the marina, then another. We began to follow.

Huh. This was different, Where is he taking us?’ we wondered.

‘Get a spare fender out,’ Jack said, his eyes on the skiff.

The channel was getting tighter. We were in a mooring parking lot of boats. A sort of storage area. Many of the vessels looked unoccupied. Tie your boat off and return to Europe kind of place.

We peered around. ‘I think he went right.’

Jack made the turn. We checked the distance of boats around us. There in the distance was the marina guy, holding onto a ball, motioning for us to come forwards.

We tied up. Hard not to feel a bit gutted about our location. The marina guy explained that all the buoys at the front of the marina were reserved for a race coming in tomorrow. He gave us the shower code, grinned and took off, his straw hat flapping in the breeze.

So, being on the outside edge of Le Marin’s hustle, Delph has coined our new home ‘swamp city’. There are some advantages though. Swamp city is very quiet. We have no boats passing us. No wash, no noise. It’s peaceful back here. Dreamy even.

We’ve got a good signal. Fours bars of Lte. What is Lte? It comes up on my phone when we’re better than 3G.. so I guess 4G equivalent. It is always a happy moment seeing the three letters. Late, lite, loote.

This meant it was time to get the computers out. Sigh. Haven’t seen them for weeks. We found a stash compartment before Christmas – a storage locker completely new to us. It was full of sand and Fin’s dog hair from three years ago. Spooky. Cleaned it all up and gave the computers a new home.

I re-opened it. Uttered a small prayer the laptops would re-start.

No problem. They were like, ‘Hey guys, bet you missed us! Look at all these files and screenshots you forgot to put away. No matter – you can do it now!’

Thanks. At least you can see the desktop picture again. I went into the school page to see if there was anything missed. Any looming homework assignments. Nope – all clear.

I am starting to like swamp city. You can get stuff done here.