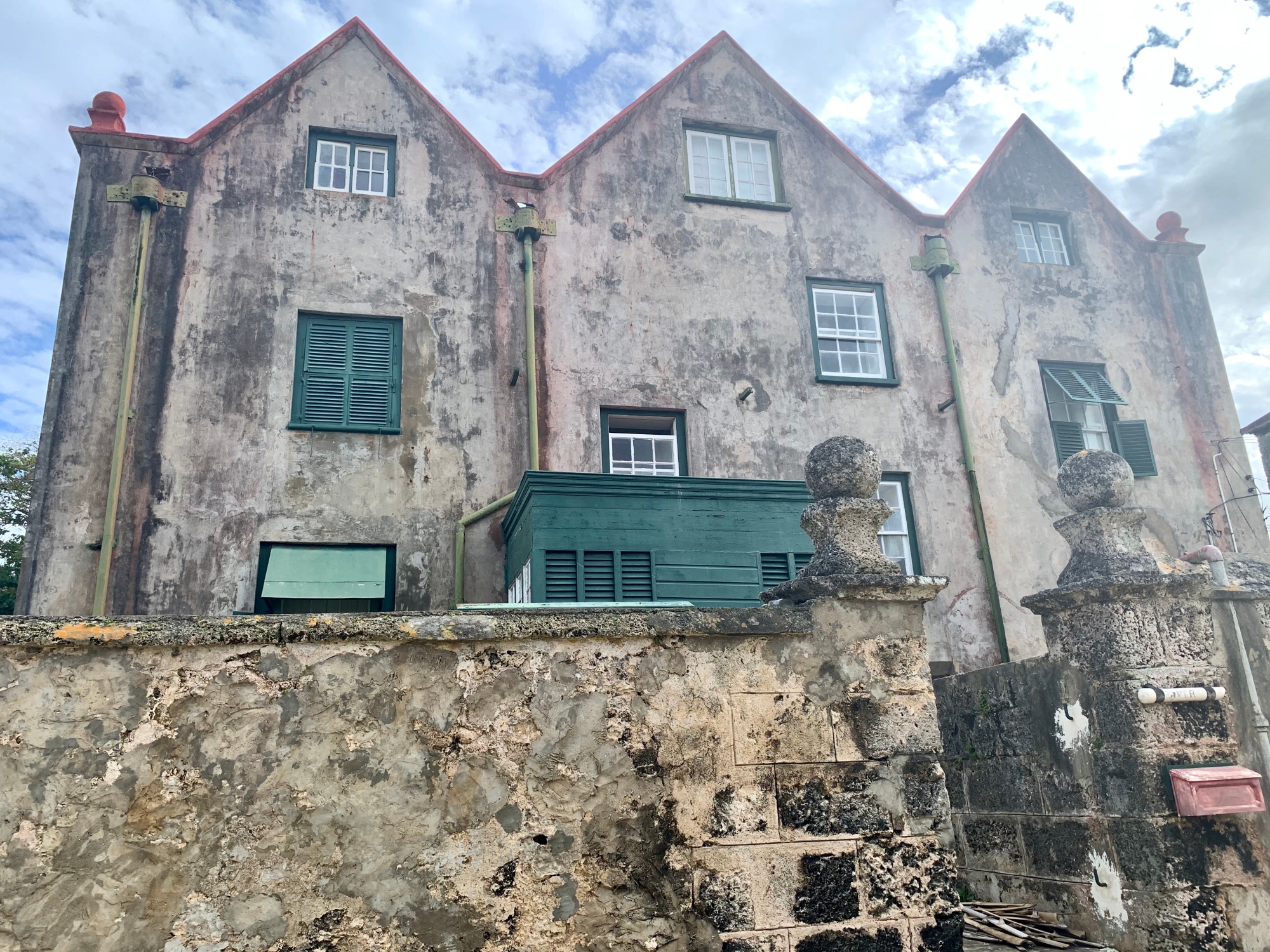 The barking of the dogs was getting louder. I should have got back in the car. After all, everyone else was in the car. No one else had wanted to get out.

This wasn’t a museum, or even public land I was standing on, but a working farm. We’d driven down an unmarked track to get here. No signs. No fanfare. Just a regular sugar plantation. Except it was also one of the three Jacobean manor houses left in the entire Western Hemisphere. The oldest of them all.

I shook my head. I could ignore the barking for a minute longer. Even if it was getting louder – which it definitely was. I’d been waiting for this moment for years.

Here’s my confession. I’m a little obsessed with the person who was James Drax.

Why? His name is little known now, but on paper James Drax’s efforts started sugar production in the Eastern Caribbean. Other people may have tried it before him, but Drax had the first commercial sugar-growing success. He was also among the first to acquire African slaves for this purpose, heralding the Atlantic slave triangle. The world would never be the same again.

Afterwards, he disappeared into the background. This makes me wonder: should we label James Drax an evil genius and move along? Consign him to history’s vault and shut the door?

We do know that James Drax arrived on The William and John, the original ship to colonise Barbados in 1627. He was eighteen years old. He lived in a cave. Slept in a hammock. Kept a fire underneath to keep out insects. Cleared the forests.

At the beginning, Barbados planters didn’t plant sugar cane. They started out growing tobacco and cotton. Unfortunately, both crops were inferior compared to newly-established North American produce. By 1630, Barbados had entered a ‘starving time’.

Settlers began looking for another crop to plant. Sugar cane was being grown in South America – mainly in Brazil and Guyana by the Portuguese and the Dutch. James Drax took the initiative. With his own Dutch family roots, he visited the Guyanese Dutch colony. They helped him import everything back to Barbados he needed – sugar cane, machinery, knowledge.

Fast forward to the end of his lifetime, James Drax had become one of the richest people in Britain. A quarter of the UK’s economy would come from people wanting their tea sweet. It was quite normal to add ten spoonfuls. Black teeth became fashionable. Sugar turned into the powerhouse of the British economy.

What he did do was follow a programme. A programme laid out to him in the form of sugar production – which incidentally was highly sophisticated for its time. This was no low-grade agricultural effort. Sugar cane did and still does take skill and organisation at every part of the process to turn into the stuff we put into our tea. Maybe not quite ten spoonfuls any more.

This land is still owned by the Drax family. And Drax Hall, built in the 1650s, is faded but remains imposing. I took in the remnants of the huge stone windmill nearby. Outbuildings. The boiler house.

Meanwhile, the dogs were sounding more furious. Close to fence-jumping levels. Jack began to inch Shareef’s car forward, urging me to get back in. I took a few quick snaps and consigned the rest to memory. To infamy and the present day – and everything in between.

If you are interested in reading more on this subject, I recommend checking out Matthew Parker’s The Sugar Barons 😊. It is pretty excellent. 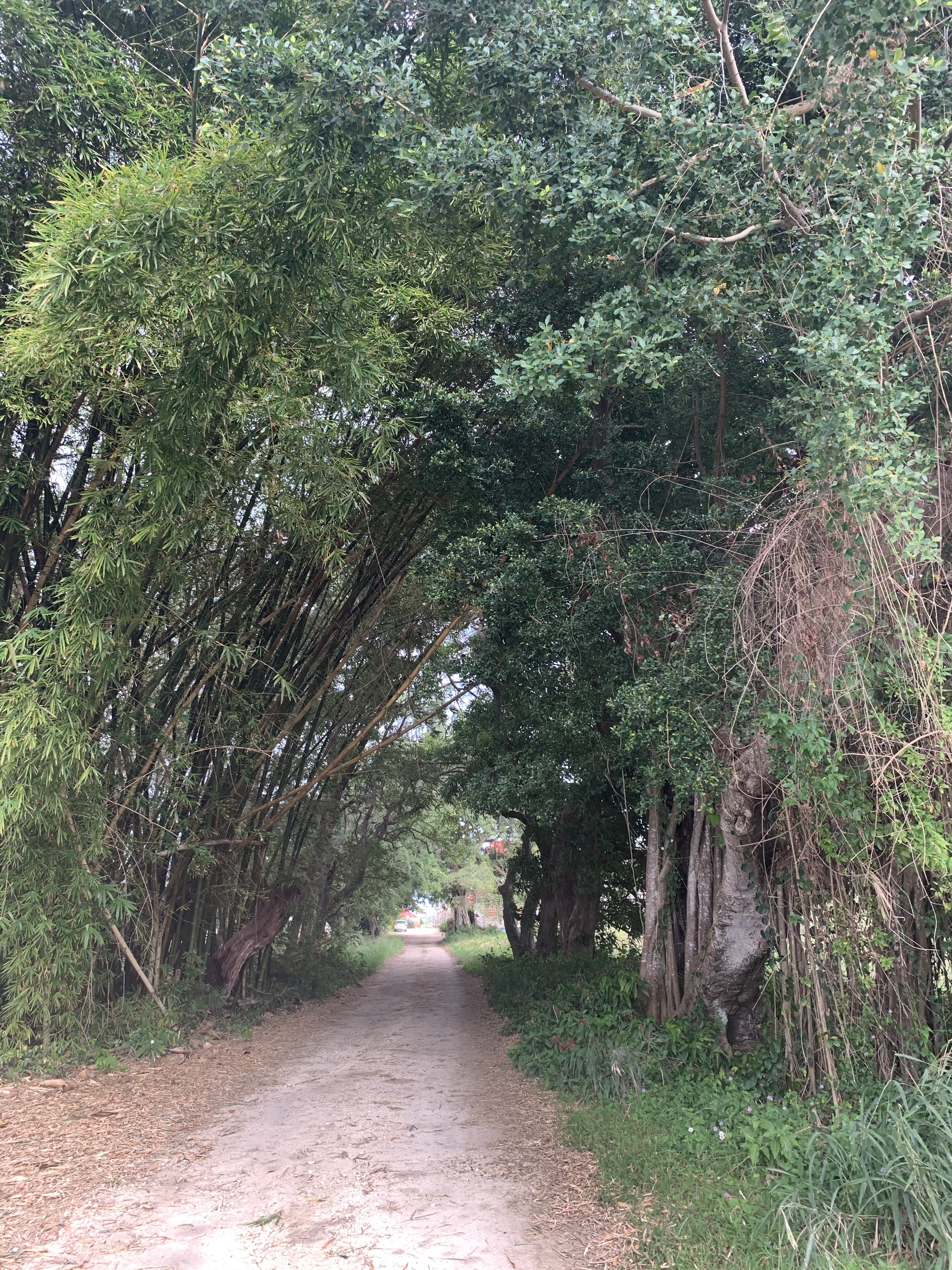 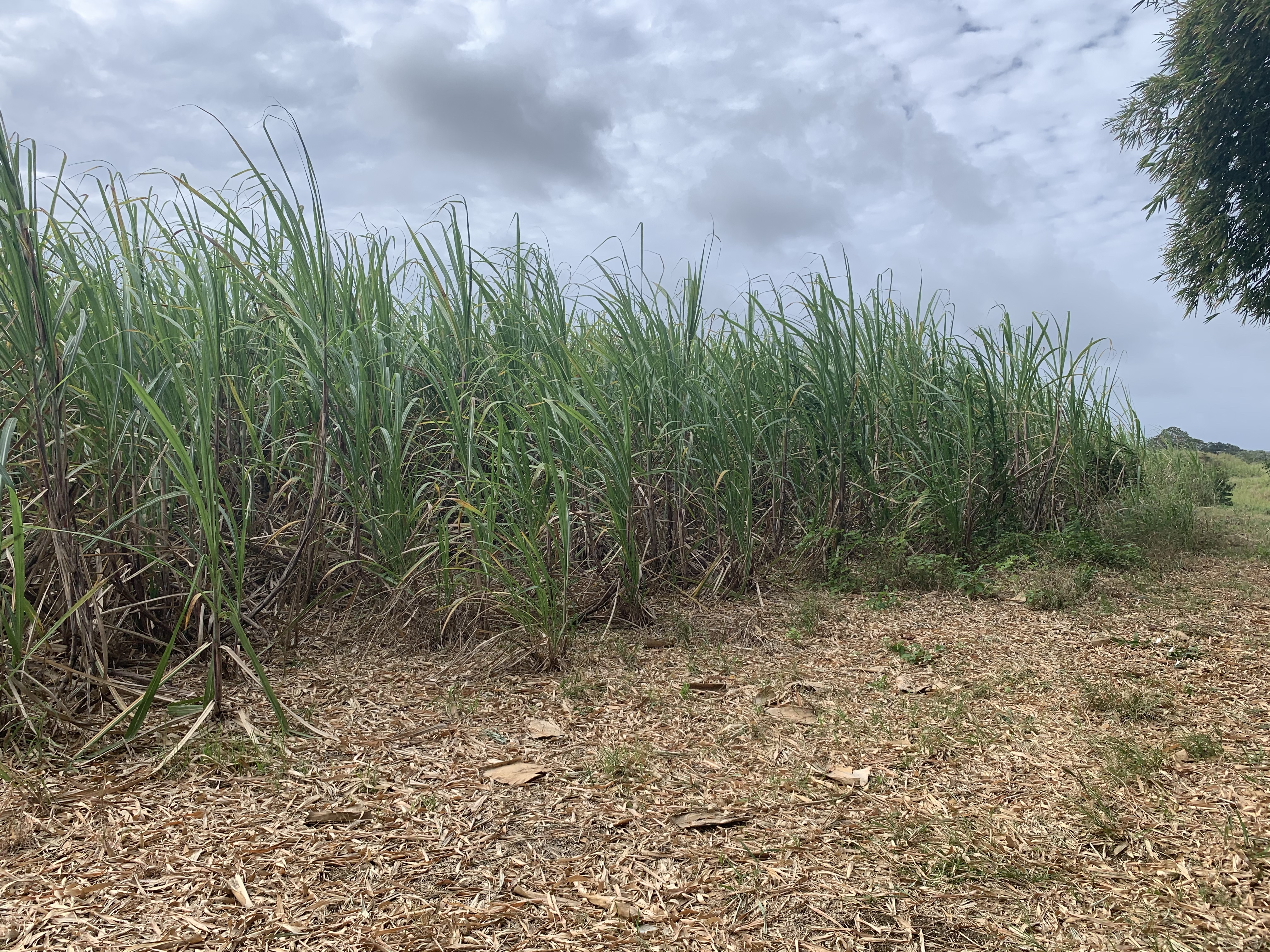 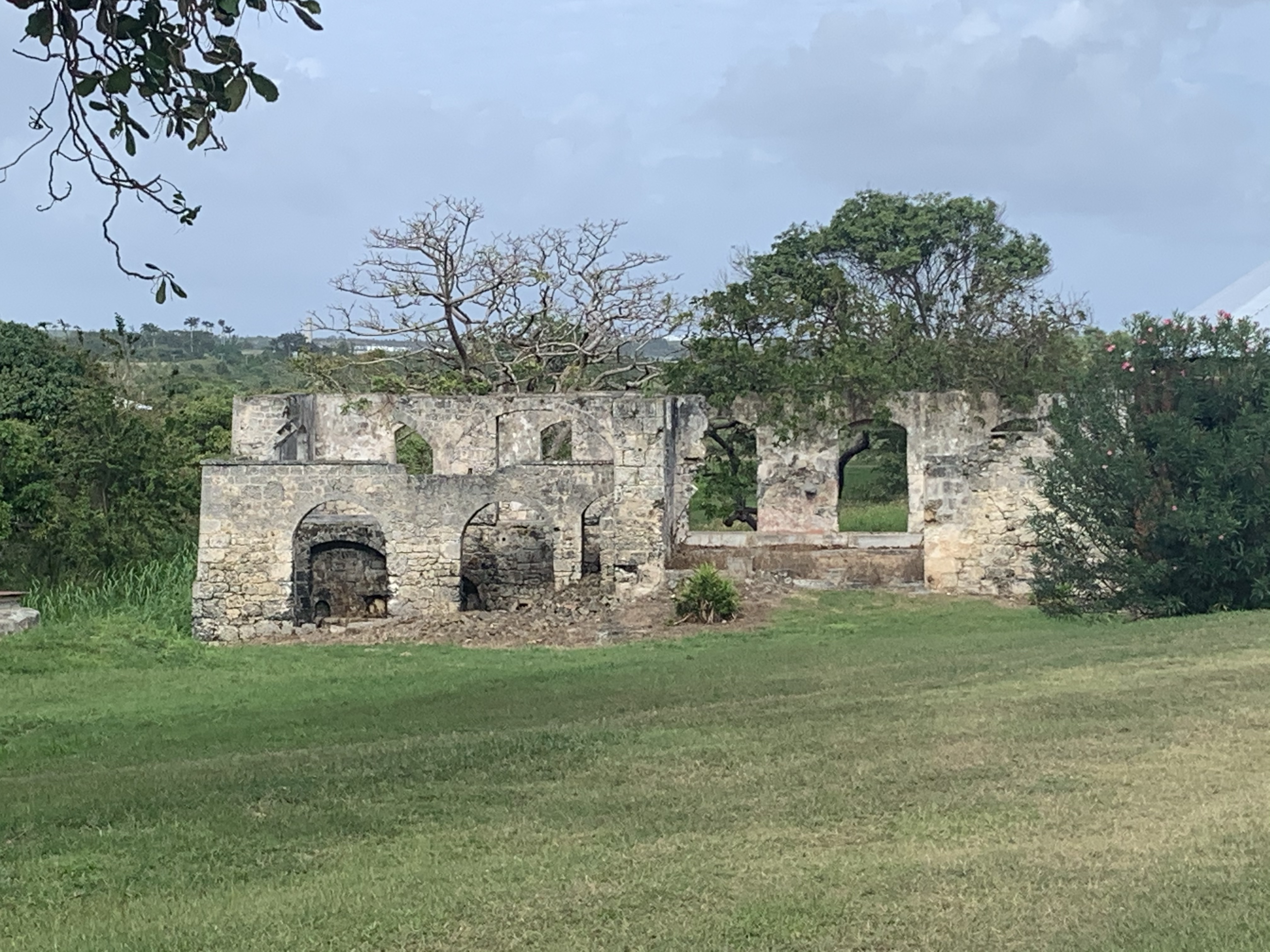 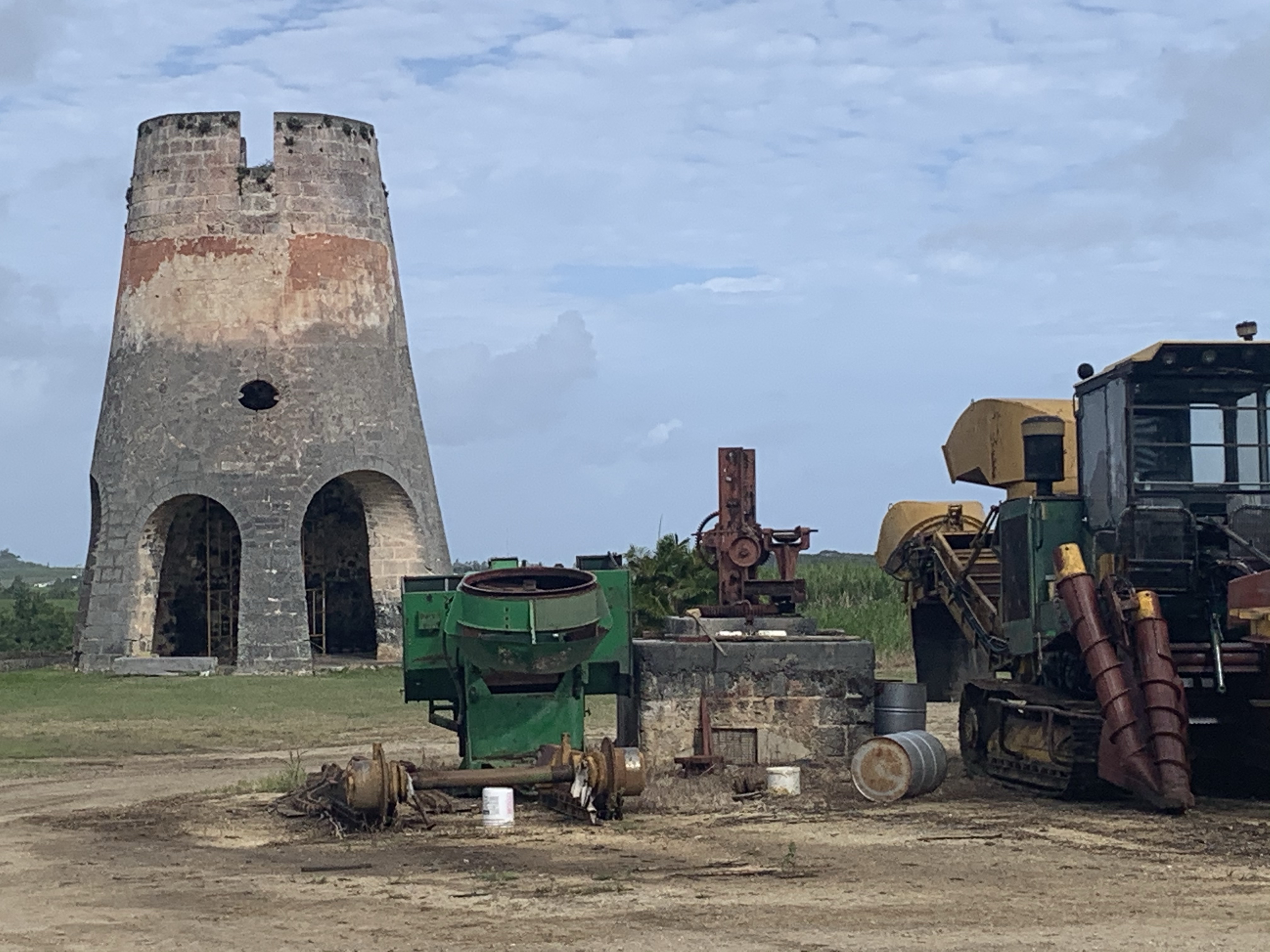 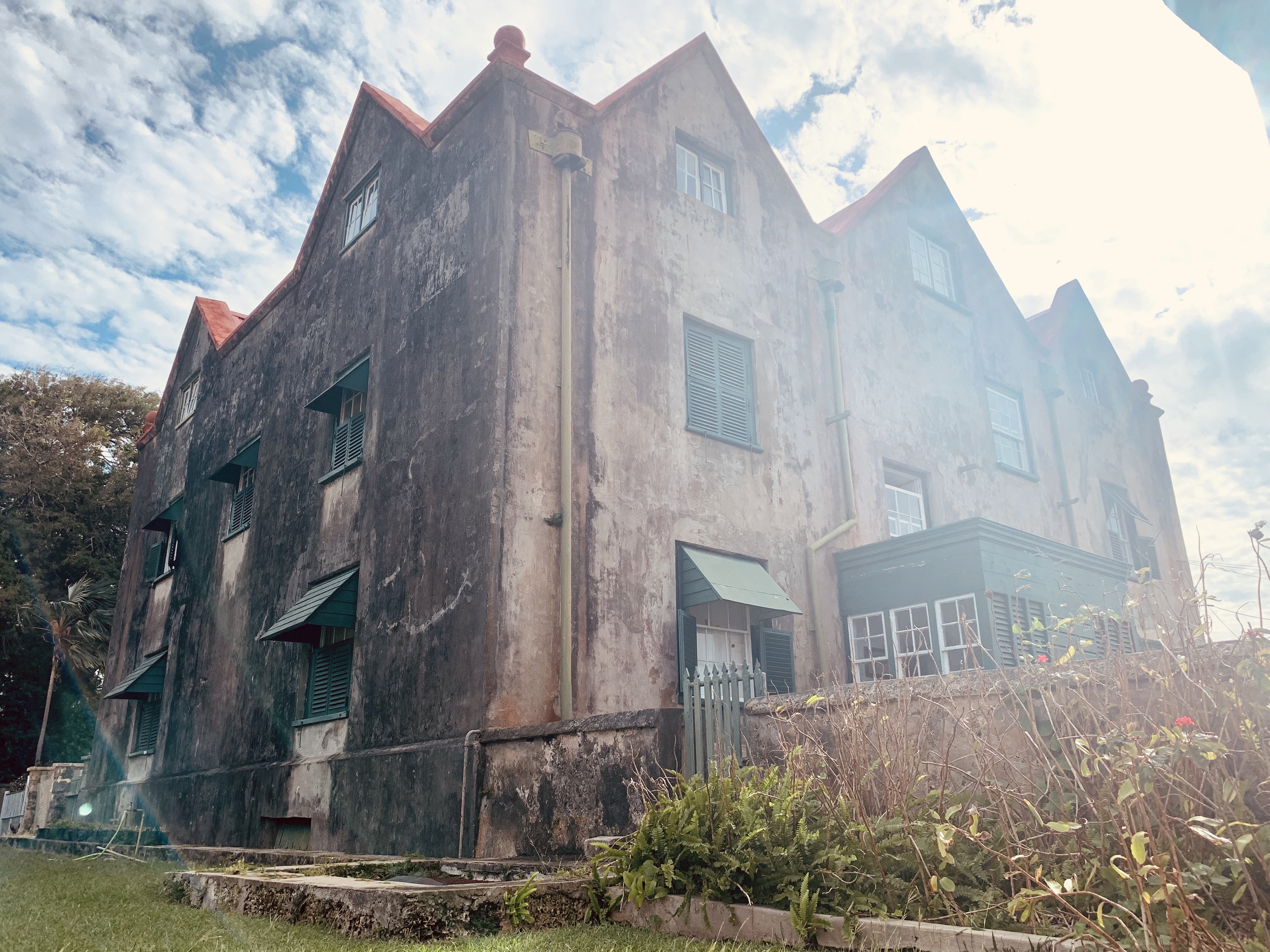