I cant help wonder if all this happened because I didn’t send to 10 people. Fave meme of the day. It’s good to laugh.

A new one too – from Lulu. In these confusing times, it’s nice to know some things stay the same. This was in regards to two antelopes jumping the fence at Borth’s animalarium. We loved reading the Cambrian News online comments about the antelopes’ escape. I think the most common was: Again!?

I’m starting to think that if this zoo manages to stay open, escapes could actually push up the zoo’s visitor numbers. But not the animals returning as visitors. Rather a niche business model. Hide and Seek? Search parties. Can you count all 30 meerkats?

Meanwhile, Jack set up an online poll about whether Alicia should go back home. I wasn’t there when he did it. My mum and I had gone on our daily kayaking trip. When the Foreign Office calls its nationals to come home and British Airways rebooks and confirms you on a flight – the last flight out of Barbados – turns out that’s a powerful draw.

We’d been wrestling with it all day. Are airplanes super-spreaders? Will Alicia get sick by breathing recycled air on the plane? Is the Foreign Office trying to kill her or keep her safe? Watching this space.

I could have sat and wrung my hands. I felt like tying my mum up to the bed. What’s wrong with being tied for a few months? She’d likely be safe then. But life is for living – so we went sailing instead. We rounded the north, scrubby coastline of Barbados and headed out into open sea. The water went indigo.

Jack put the fishing line straight out. Our Cap’s been itching to for ages. We’d heard about this fishing hotspot. Northern bank of Barbados about 300m deep. John from Cardiff caught his big dorado here, the one he shared with us when we first arrived.

A fisherman called Big Hat has a shark hook right on the edge of the bank, in the shallows. He baits the hook in the evening and checks it at first light. Last year he caught 23 large tiger sharks. Only a couple of kilometres or so from our anchorage.

‘Don’t worry,’ Big Hat told us. ‘You only ever see sharks at night or first thing in the morning.’ Mental note for swimming times. I’m not going to shout at Big Hat about shark fishing either. His island, his rules. He says all parts of his sharks get used.

Not even ten minutes how our own line was set to trawl, it started to whir. And then, like so many times this season, it went quiet. We’ve had a strange season for fishing. Full of ‘let-go’ bites. And with our depth sounder pinging out randomly. 50m, 15m, as close as 2 1/2. Something’s underneath us. Laughing. 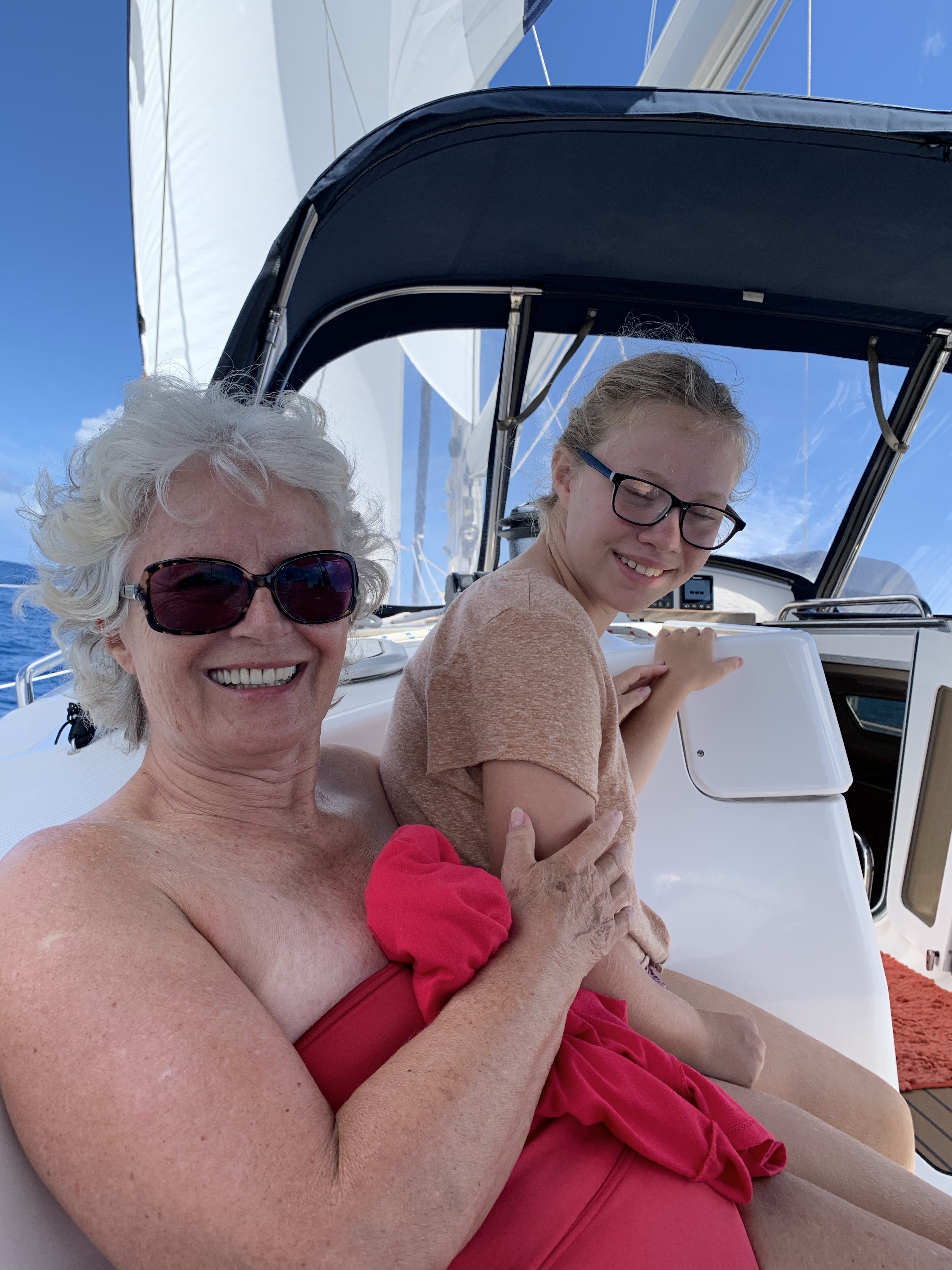