For our day sail, we pointed north-east from the anchorage. Exactly the direction as if we were going home. 4,000 miles. The wind was in the perfect position for it. Big white trade wind clouds ran above us. All they needed were fluffy arrows.

It’s been an impossible decision to make – whether my mum should stay with us to wait it out, or go home by plane. Originally she was supposed to come for six weeks. In that time, we were supposed to sail through the Windwards and drop her off in St Lucia. Her ticket was set. Obviously everyone’s plans have changed. Everyone who had plans are like, what are plans now? Plans are what you can find in the supermarket. Keeping safe.

John from Cardiff went home mid-week. His wife Jane issued him a warning that anything else would be seen as a ‘betrayal’. Jane is obviously a bad-ass. John – who’s lived at sea for 30 years (a lot of the time apparently with Jane) promptly parked his boat in the only available and very pricey marina, and flew back.

He wrote us an email the following day, summarising his trip home. It had been largely uneventful, he explained, if surreal. He wore a mask and gloves. Didn’t touch any food or liquid. Unfortunately, there were lots of coughing and sneezing on a very packed flight. He is now quarantining at home. And he’s seen his Jane – from a distance.

Hearing this sent me into a bit of a spin. Before I was working with logic. Then coughing and sneezing in an environment of recycled air? WTF? How on Earth was I going to send my mum into this? She could quarantine too when she got home, but who’d help her if she got sick? I’d be here. My aunt and grandma would need to protect themselves. She’d be alone.

These are the strangest times when we are faced with these decisions. And still – in such uncertainty, where does a person want to be? Home. Duh.

Meanwhile, Quest sailed like she was fresh out of the stables. She glided over the waves. Her sails made bright white wings. We sailed three hours out and three hours back. Decided to get out like this at least once a week now.

Alicia left the following day – on the last listed BA flight. She wrote to us the next day. The flight was quiet. People were told to stay in their seats as much as possible. Everyone, including the crew, wore masks and gloves. The air con was set to high and she wrapped herself in blankets. My cousin, Kristian picked her up from Gatwick. One small positive – he didn’t have to pay for parking. High five for the little things.

She’s quarantining now next door to her house, in Ela’s house. Ela has moved next door into Alicia’s house. It’s easier that way then moving my grandma – and her Polish telly. My grandma did try to get in to see my mum, through Ela’s back door. My aunt dragged her away. Some things never change. 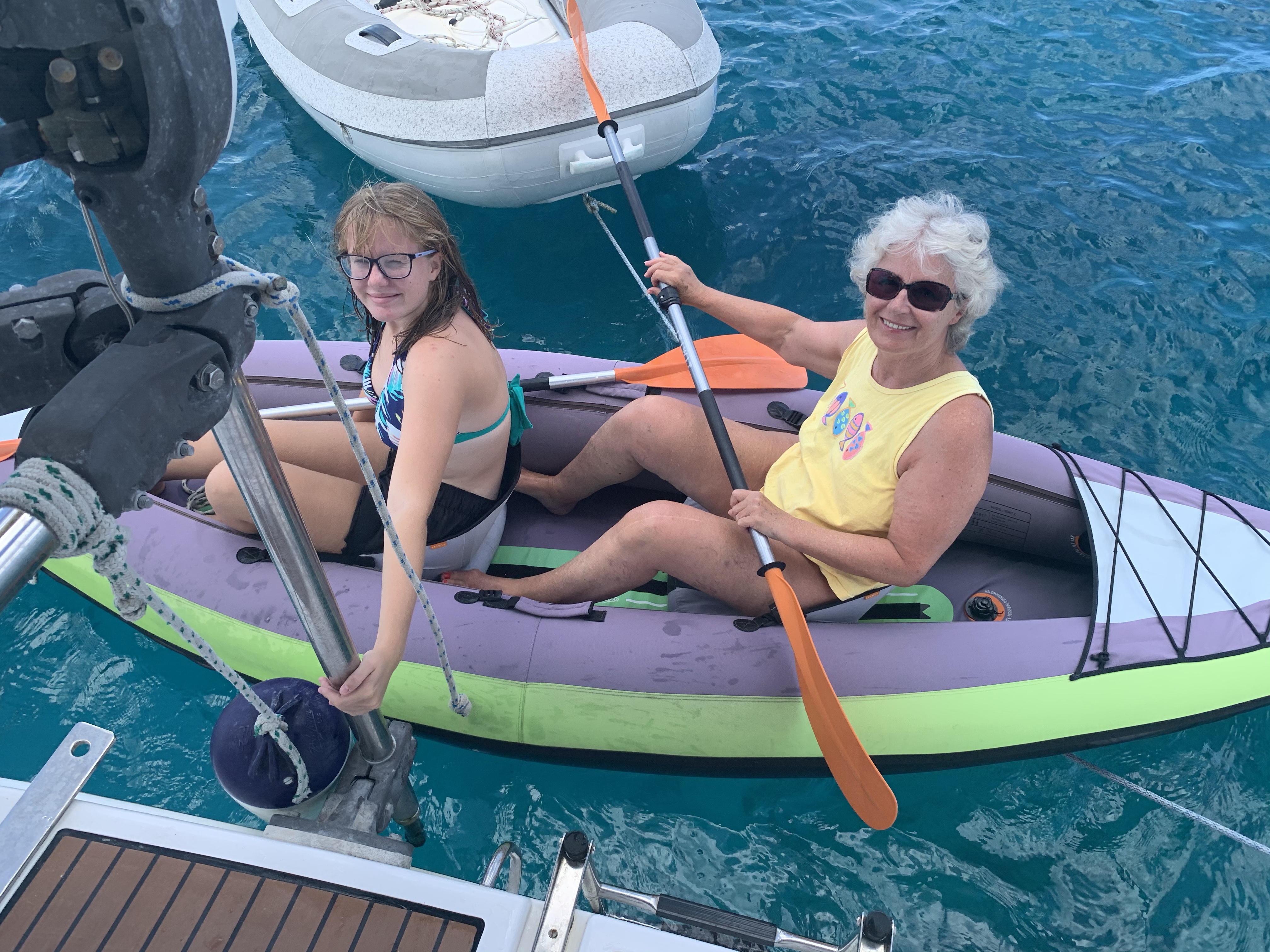