It was coming. Barbados announced a full lockdown, starting at 8pm. Since apparently people haven’t been listening and are carrying on liming in the evenings when just a nightly curfew has been in force. See? Not just the UK.

We’ve heard police have been trying to clear Bridgetown of their homeless population. Where can they go instead? A large number sleep in Independence Square in the centre of Bridgetown. If you park your boat in the careenage, you can often wake up to a stowaway sleeping on your deck.

When we were anchored at Carlisle Bay, we noticed a food truck would deliver hot meals at night in Independence Square. A line of at least fifty, mostly men waited in a long line to receive their only meal of the day.

Now the Barbados government has called it. A twenty-four hour curfew. All beaches and parks closed. And supermarkets. All supermarkets are to be closed – indefinitely.

We reeled back. Isn’t a supermarket an essential service? And then we realised that today’s shop was just the beginning. Tomorrow we’d need to do it again. And earlier.

We were out of Quest at 6:45am. Picked up Scott from The Mob. Jack dropped us at the pier. Even with the sun still soft, we could see people walking.

The queue was already longer than the day before. I leant Scott Delph’s doggy umbrella to protect against the sun. He was chirpy with the scotty dogs over his head. I brought my wide-brimmed Florida hat to wear. That always helps create a nice bit of distancing.

An hour later, a man came out of Jordan’s (which was still shut) and moved the whole queue. We were moved from snaking around the back of the supermarket to creating a long line along the main road.

It was really strange – this single act seemed to completely reverse people’s social distancing. Perhaps because people could see the line in entirety now, they began to push in.

Scott and I watched people join us who we’d not seen before. Some of the ladies began to tell these queue-pushers off, but it did little to change things. They stood quietly and were absorbed into the rest of the crowd.

Social distancing be gone. We breathed together with one breath. We inched together. We watched the police turn up and listened to the yelling. Police began to arrest individuals at the entrance to the store. One woman with long purple braids was bear-hugged by an officer into the back of the police van. No one liked that. ‘He cant touch a woman like that,’ the crowd took turns saying. We nodded. No one knew what really happened.

Almost exactly seven hours later, Scott and and I stepped into the shop. Our euphoria descended into giggles. Scott literally bought all the milk from the brand he liked. Then he picked up a box of cookies.

‘I like this brand,’ he said lightly. ‘You know, I think I’ll just buy the whole box.’

I had a large trolley. I looked at it and thought, I’m going to fill this whole thing up. So I did. There was still plenty of food left in the supermarket. Plenty of toilet paper. The only thing completely gone was the bread. I bought flour instead. And yeast. And a lot more cookies than we needed. 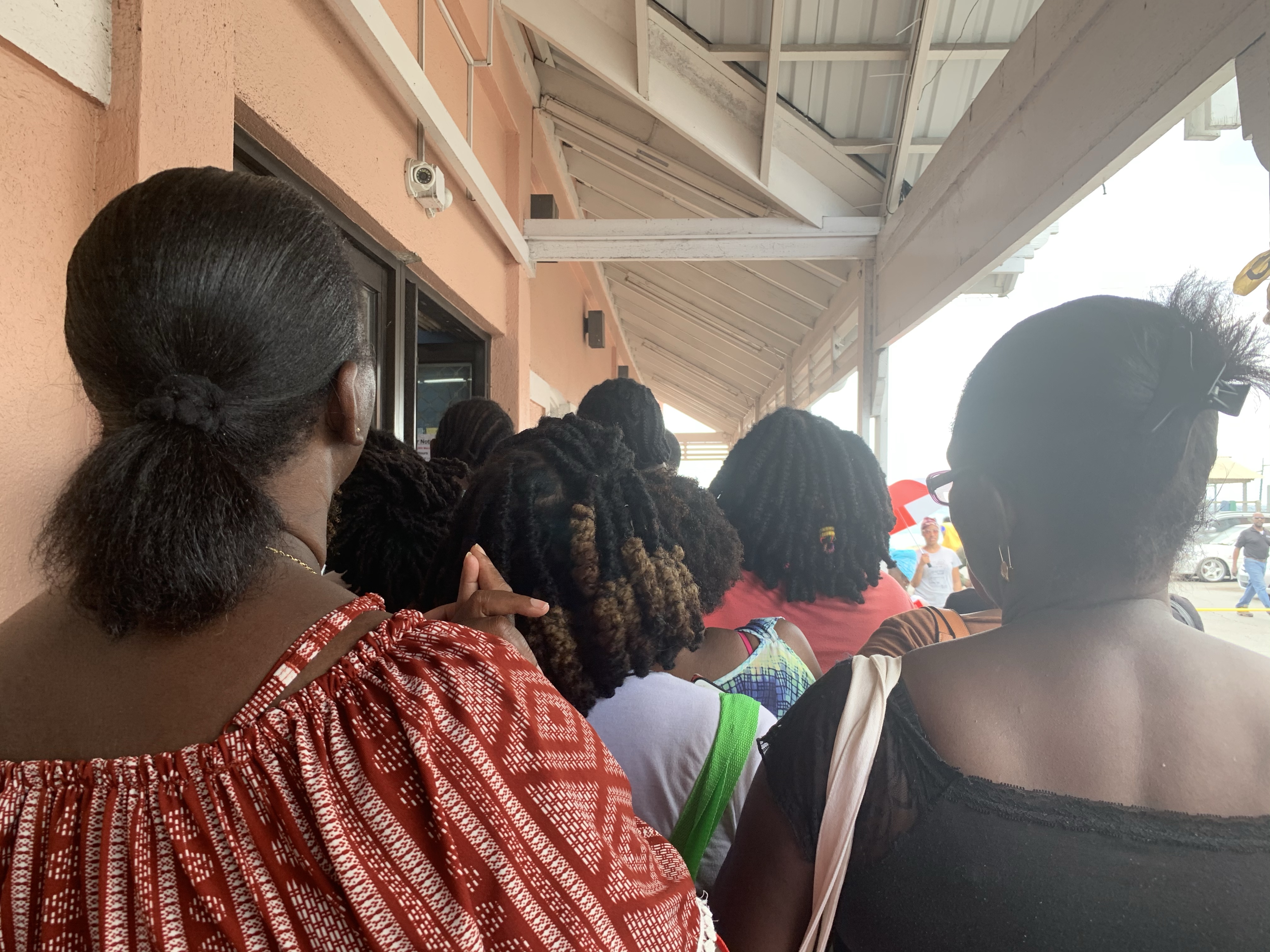