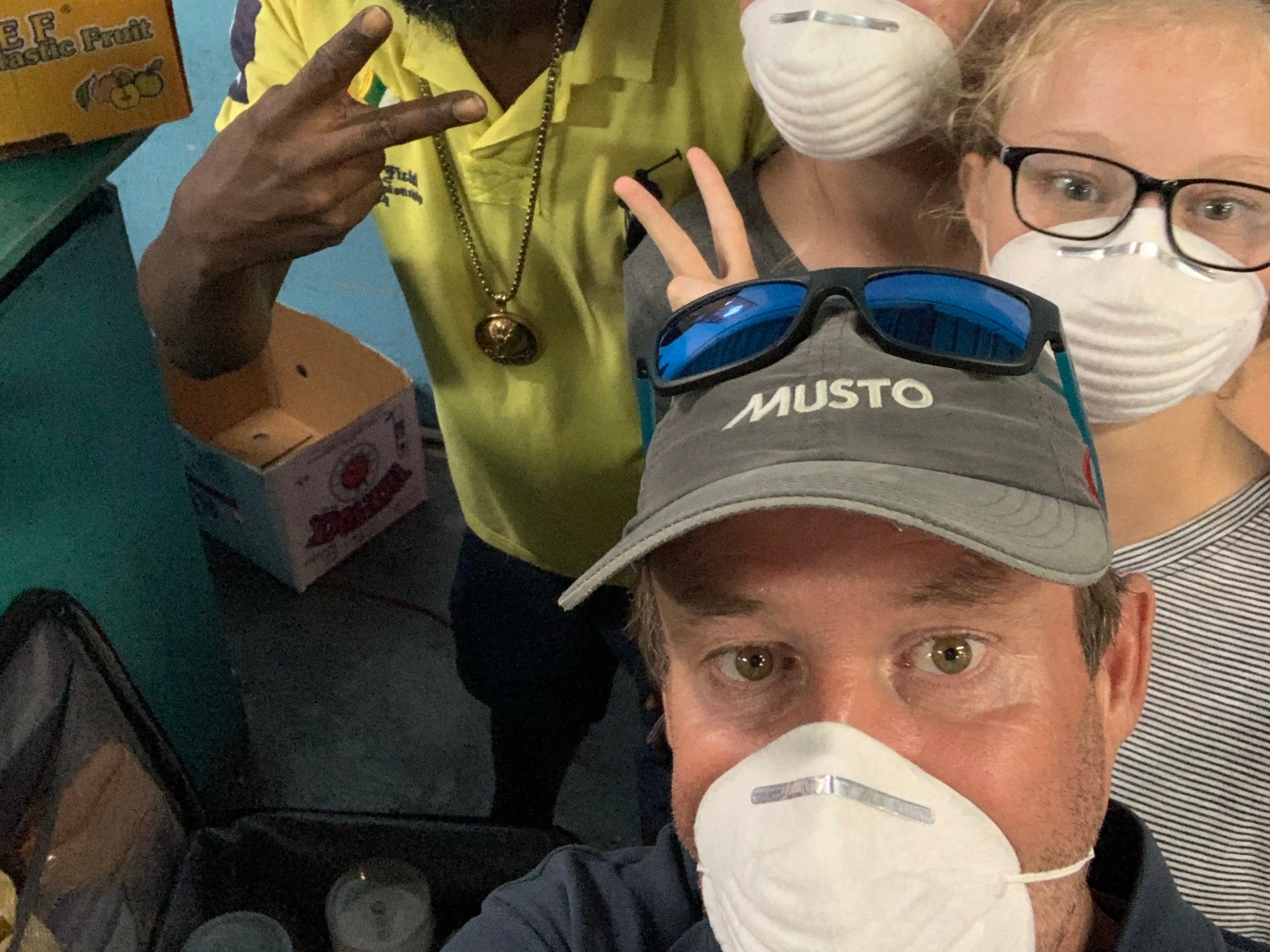 Today was a bit better. A lot better in fact. This was not just because it was the poignant 75th anniversary of the end of the Second World War. We also borrowed Michael’s car.

Michael first came to say hello to us a couple of months back, when we were on the dock taking on fuel. He explained how he, his wife and daughter, from Ireland, live in Barbados for part of the year. Like us, they decided to stay until things blew over.

They are exploring options for going home now. These include: a large sailboat leaving from Antigua, a flight to the UK via Canada – apparently Air Canada are still flying commercially to Barbados. Even the option of seats on a private jet.

Those guys have decisions to make. In their typical generous spirit though, they shooed us out the door. We put masks on and started up their car engine. Woohoo!

It was completely awesome to drive around the island. It felt – can I say it? – normal. Even if there are huge posters on the side of roads telling you to wash your hands. And don’t touch your face. Meanwhile, Barbados has relaxed some of its lockdown. Some businesses have re-opened. Markets too.

We drove straight to the chandlery – near the cruise ship dock. Barbados has the reputation of having very little yachting infrastructure. Unfortunately for us, this is mostly true. The town marina is small and mostly for locals.

They do however, have a pretty decent chandlery. Nearby, Marine Power Solutions had everything we needed – engine filters, screws, an oscillating 12v fan (Delph’s fan finally ran out after so many millions of rotations), fishing lures. Snorkelling fins. One of mine blew off the back seat the other day. It really has been windy.

Except now there was a long line of people standing outside the Credit Union. Restaurants and clothing/retail shops are still closed. We swung Michael’s car straight towards Swan Street. The Bridgetown centre of street commerce. Our aim? To find Jason.

Jason is the movie man. He has the best collection of high quality, new movies in the Caribbean we’ve met so far. Works out of a doorway in Swan Street. Part of the very reason we came back to Barbados in January was to see Jason. Without Netflix or unlimited data, night time movies are a treat. New movies are even better!

I waited in Michael’s car, air-con on, parked illegally, while Jack and the girls went to find him. A few minutes later they all turned up at the car’s passenger door.

Jason grinned a hello. He passed me his phone which has the cover pictures of his available films. You swipe through to choose.

‘Jason, I think we’ll take them all,’ Jack announced.

We all looked at Jack in surprise.

‘You want all of them?’ Jason said.

‘All of them?’ The girls and I repeated. That was a large pile of movies. Most of them we didn’t even recognise.

One thought on “Victory Day”