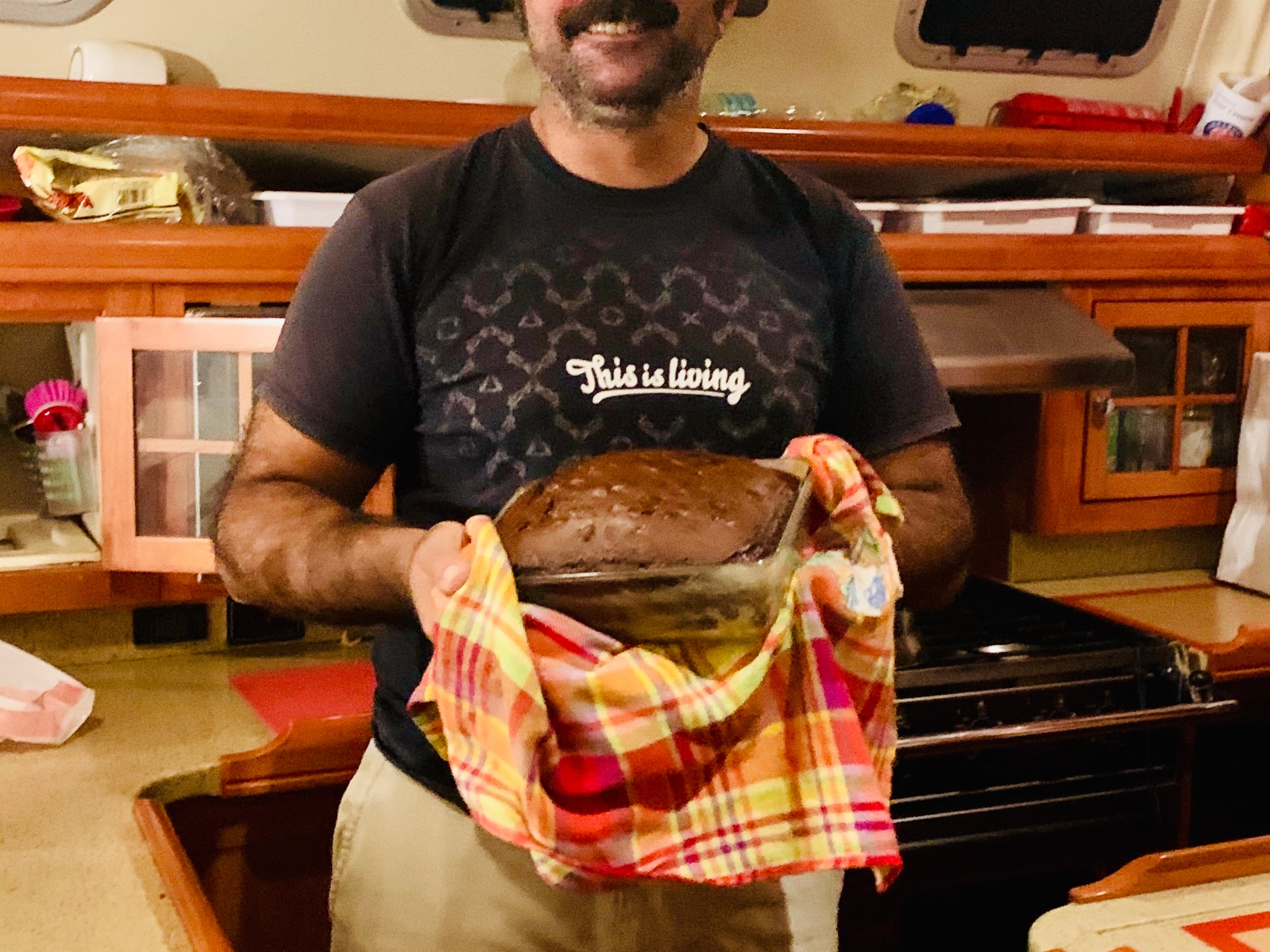 Midsummer night’s dive: that’s how we celebrated this year. And with Andrea’s homemade chocolate cake – which he eats with marmalade. Yep, marmalade. We all poo-pooed this Italian taste combination, until we tried some, and realised it was delicious. I remember the girls once asked Andrea at the beach what he ate.

Andrea makes it. We dont. Of course we dont. We dont eat marmalade with chocolate cake either. Well, we didnt. We do now.

Last night was movie night with our little anchorage. We watched the new Beatles-based movie, Yesterday. Then, some of the anchorage went for a night dive. They went to the Pamir – the trusty wreck adjacent to us.

Jack, Delph and I had dived it earlier in the day. I love this wreck – it’s like watching Ed Sheeran send himself up in Yesterday. It gets better and better every time. His terrible ‘Hey Dude’ instead of ‘Jude’ recommendation. And how his ringtone is his own song, Shape of You. Hehe. Don’t you love a movie where the side characters steal it?

Diving with Delphine, we spied an enormous angelfish hanging under the Pamir’s bow. In the ‘As big as it gets’ class. Then we swam over to the sunken yellow submarine nearby. The Beatles played it along in our heads.

Meanwhile, Delphine finned along next to us. I’m starting to forget to worry about her. Or to be amazed she’s there at all. She is becoming as natural a diver as Andrea making his own pasta.

Then it was Lu’s turn. I stayed on Edna and provided boat cover while they all went down just after dusk. Jack, Gavin and Andrea too. Ok, truth be told; I wrote my blog. Still, it was dark and quiet and swishy. It’s been really windy the last few days, with high levels of Saharan dust in the air. Quest is slowly going red – from sand originating 4,000 miles away. It is ok with us though. Saharan sand keeps hurricanes away.

As I sat in Edna and wrote, the sea spoke. Swished and spontaneously splashed. Must be what sea birds hear as they glide above it – the sea talking to them.

We’d decided before the dive that if the divers did see any nighttime pelagics, they’d put their backs together and rise to the surface. A bit dramatic perhaps, but always good to have a tiger shark plan. All I saw was the green of their torches as they went down. Even that faded as they got deeper.

They came up after forty silent minutes. They were all happy. Loved the novelty of it. Saw crayfish and fish sleeping out on the sand. Their UV lights brought out the secret colours of the corals. Midsummer’s night might be the shortest – but it was the night we celebrated this year. And marmalade with cake. Hold on. Is this another Beatles’ song? 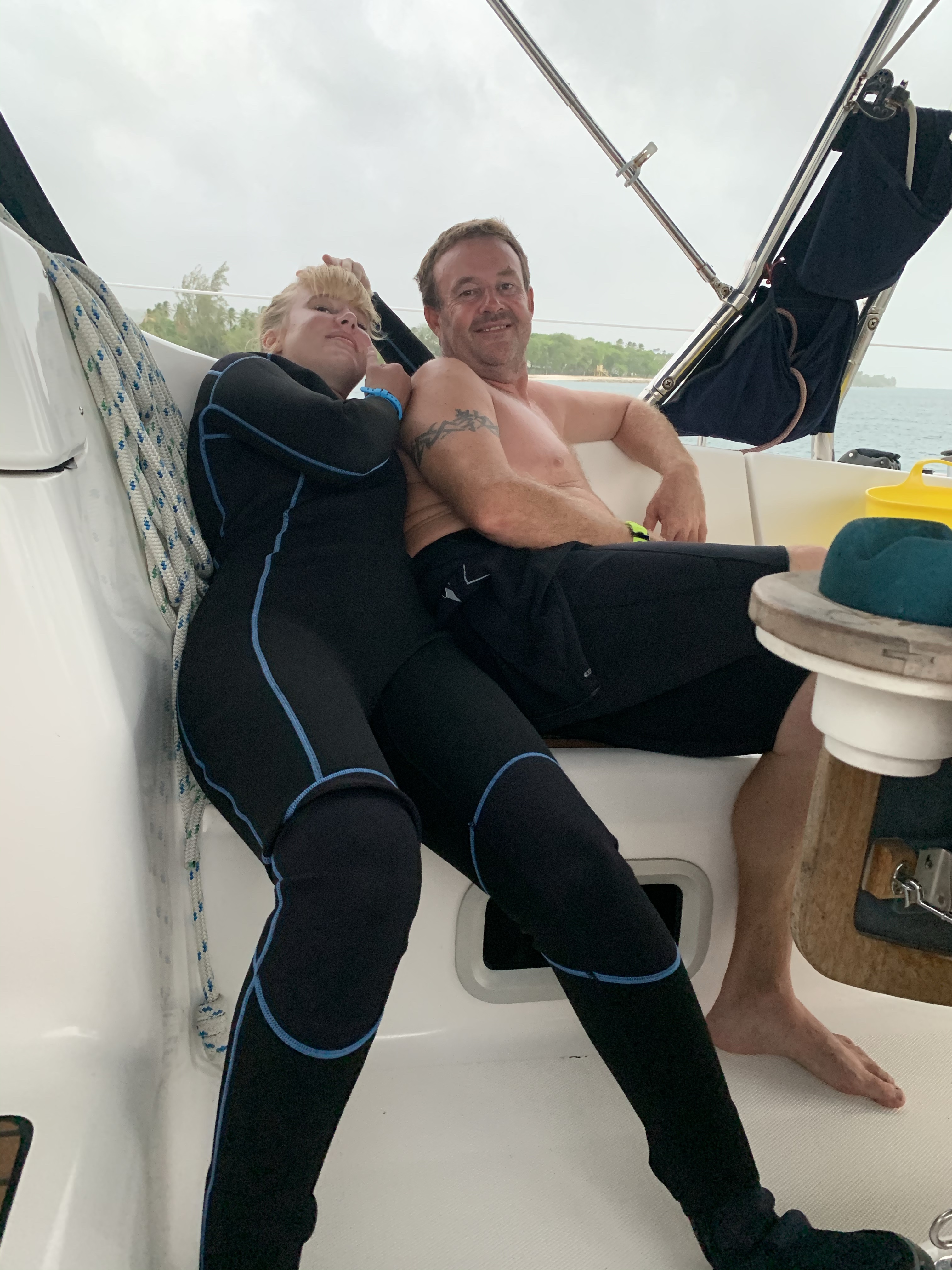 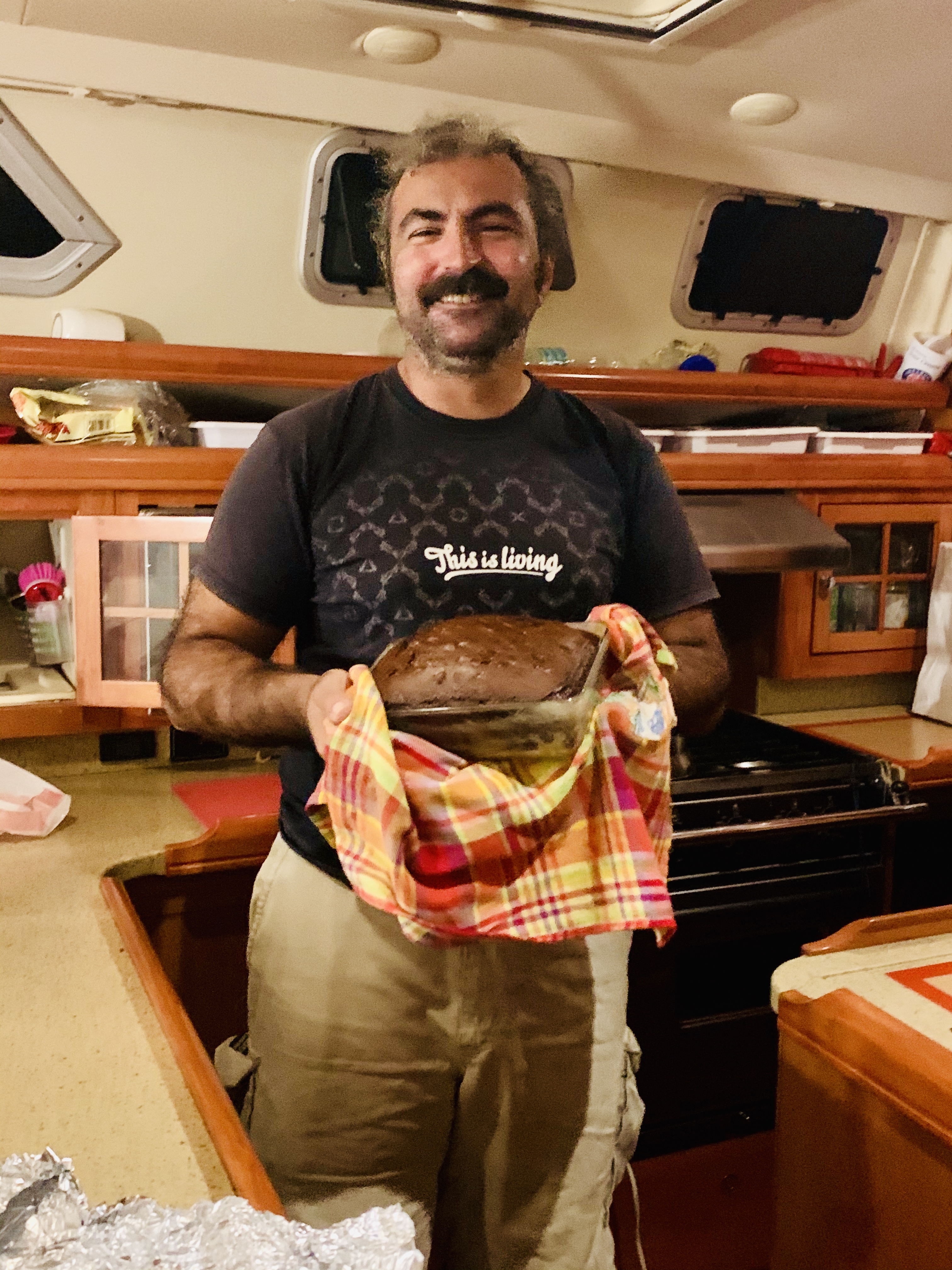