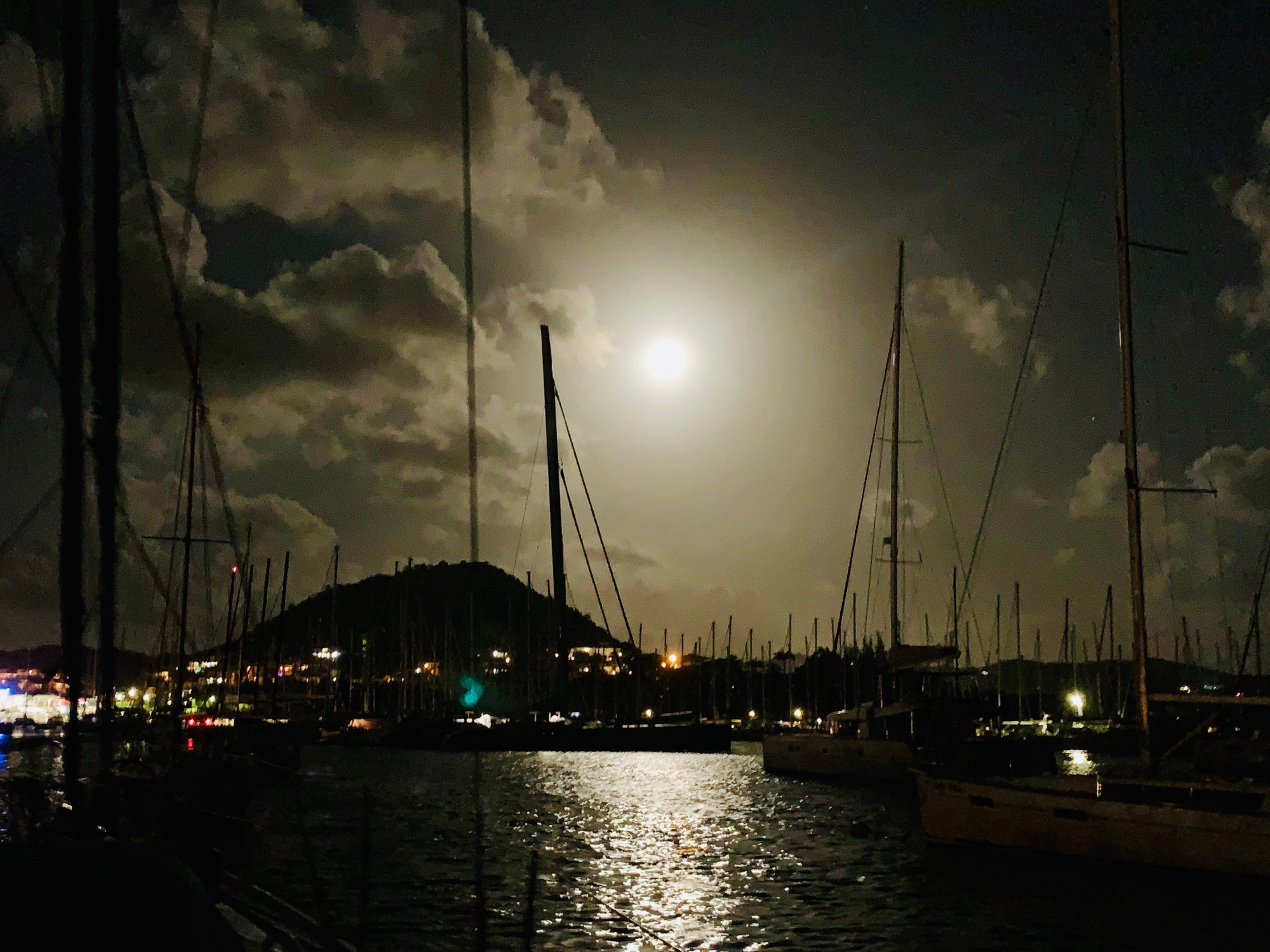 By the numbers 5 and 8 and the letter Q. It’s been that kind of week. Like a boating Sesame Street. Plus the theme of the week has been kindness.

As Quest is tied to this buoy, the winds have re-started their winter roar. It’s been a nice time for school to begin again. We’ve been learning about ionic compounds, electrostatic forces and the water cycle. Well, the girls have.

To be honest, I hear the words come through the laptop, but they often crash over me. Even Biology does, and I did my degree in it. I hear this: digestion… bla bla bla… small molecules… la la la… watch this video. Ha! I’ve just realised – hopefully the girls aren’t hearing the same thing.

I suppose I’m usually doing something else at the time. I don’t often sit with the girls during school anymore – with a few exceptions. With Delph’s maths I’m right there. I like to sit in on Lulu’s English too. I’ve found her poetry IGCSE anthology awesome. I never did this type of English at such a young age as Lu. It’s been surprisingly gripping, all that Dylan Thomas and Mr Shakespeare.

Neither kid likes to wear headphones though. Lessons tend to blare out onto Quest – sometimes simultaneously.

Here begins the ‘who’s staying in the prized saloon space under the window’ negotiation. The kid who doesn’t get to has to retreat outside to the cockpit or, if I allow it, tucks themselves in bed with the fan on. I try not to encourage the school-in-bed model, but it does occasionally win. School’s got to give.

I’ll often be washing up while school is on, helping Jack with a Questie task, cooking, washing up. Did I say that already? Lucky me as resident boating matriarch. Though Ellie being here definitely lightens the load.

Lulu helps too when she isn’t learning or texting friends back home. Yep – her 14-year-old help is about as rare as a French steak. I’m living through karmic justice. I was no different at that age.

Delph, in the other hand, has discovered food prep. We bought her a grater and little ceramic knife kit. She loves it. Can grate carrots all day long. Finally we have someone on Quest preparing healthy snacks – hooray!

To prevent injury, she’s devised a method by placing the carrot down while she grates. Yesterday though she took a little skin off her right thumb.. a tiny bit. Like she was dying. For this she took herself to bed. I went and caught the moon. 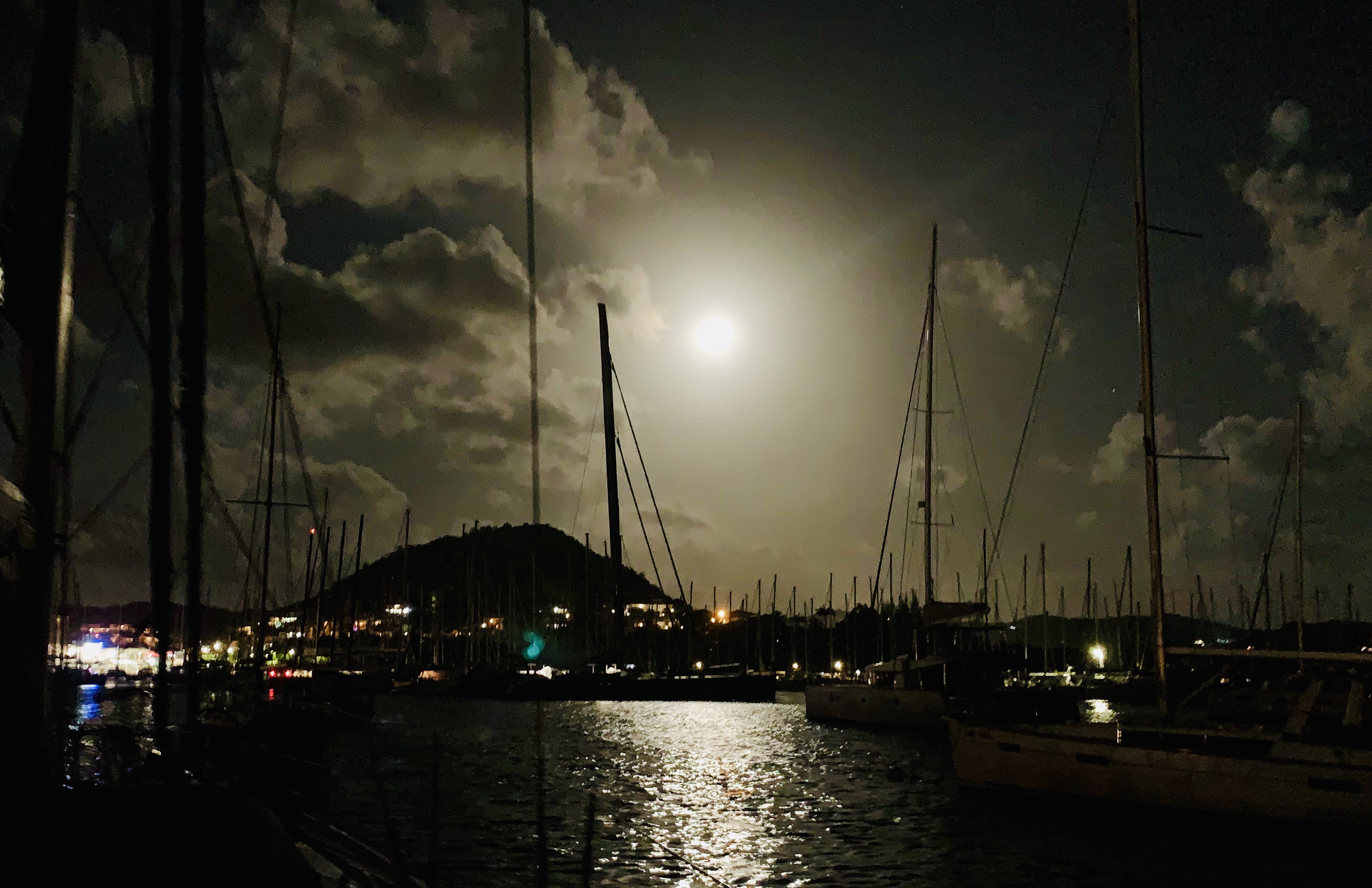