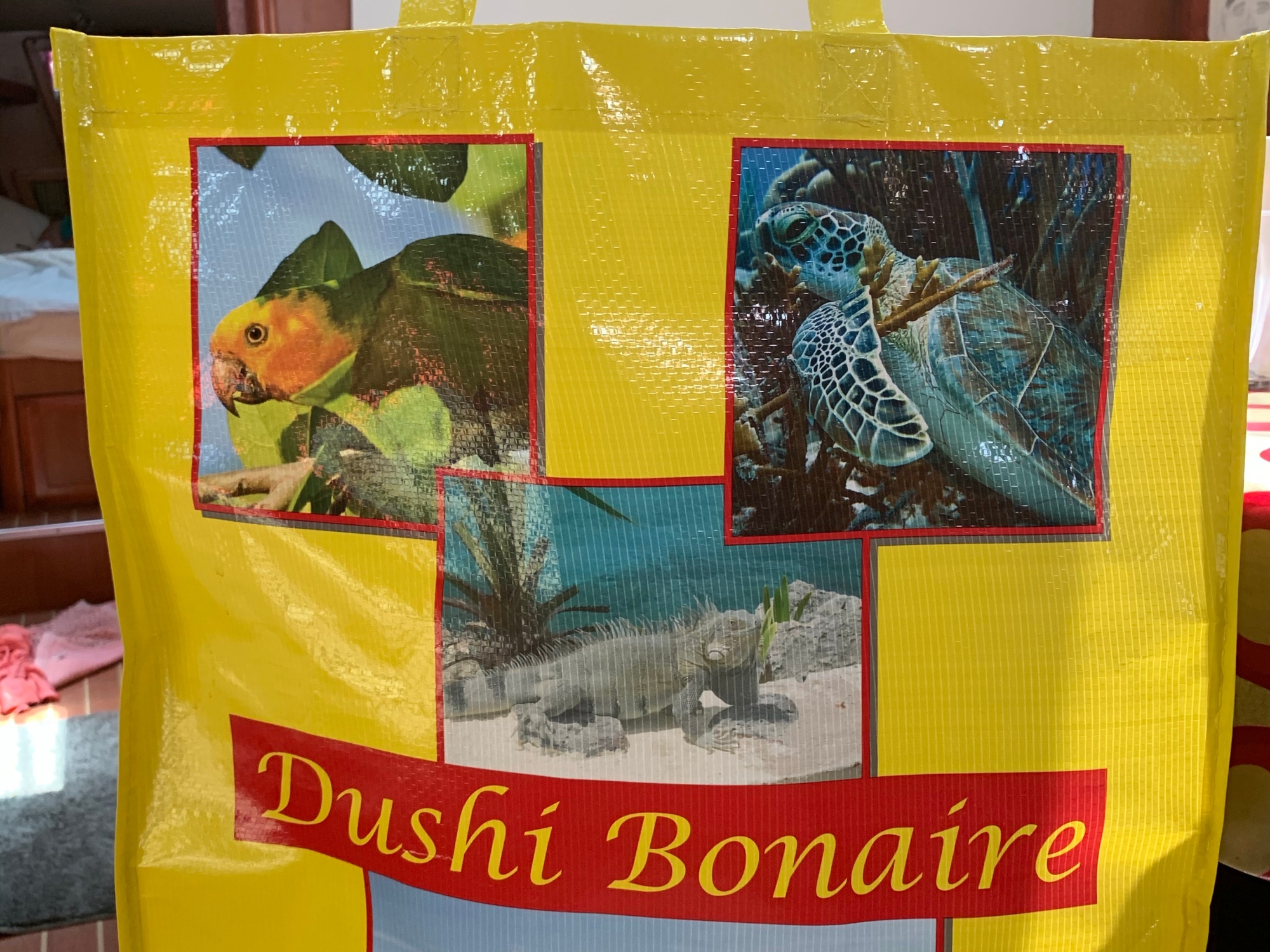 When we were in Martinique, I wrote to the marina manager in Bonaire and asked, ‘How do we get groceries when we’re in quarantine?’

No reply. Well, they aren’t going to let people starve, I thought. We did lots of shopping in the meantime. Filled the lockers – with tomato sauce, noodles and chick peas. We still have tins of green beans from the first time we went to Martinique. Sachets of fruit sauce and tins of pineapples. We bought a possible year’s worth of tea in Barbados. Can you buy decent tea in a Dutch dependency we wondered ? We weren’t going to wait to find out. Then we bought coffee in France – less than half the price and many, many cookies. Those yummy Breton galettes.

Overall, I felt we were ready. But here’s the thing. The possible biggest complex I have about travelling – is the food.

It wouldn’t hurt any of us on Quest to miss a meal or two. We’d already spent four days on passage to Bonaire before arriving. Something about the sailing made us eat all the fresh stuff too. The melons, oranges, bananas and nectarines. They were so more-ish – it felt like we were warding off scurvy.

We also ran out of bread. I could bake some I guess, but that’s a camping gas guzzler. Plus, everyone eats it in one measly setting. Oh well. The marina would provide groceries, I thought. They probably had a list. You ticked it, they brought it.

The first thing that made me question this was Eg shifting uncomfortably when we met him and calling food shopping for us a ‘favour’. Uh, sorry, what was that? The second thing was his preference for cash. We patted our empty pockets. We didn’t have any US dollars yet – Bonaire’s currency.

In the end, it was fellow cruisers who gave us some reassurance. A couple opposite us who themselves just came out of quarantine, offered to do food shopping for us. Until the next day, when they revealed they had a lot of shopping themselves to do and did we mind if they didn’t?

We shook our heads. I called the marina manager and asked if we could have a supply of fresh bread daily. She whole-heartedly agreed – and said she would get Eg on it.

Eg is busy. All day long we see him running around, tying up boats, sorting out fuel. We crossed our fingers. Eg did come and get a food list we’d made. Nothing extravagant. Eggs and oranges and bread. This was Thursday.

Saturday morning and still nothing. I called the marina manager again. Eg had just got to work, she said. We called him on the VHS, and he said he was going to get to it next.

Eg might be tapping into my food complex a little too deep for comfort, but still. Was getting a few groceries going to be an issue? If so, there was a little supermarket (we’d heard) just around the corner. Eg came through a few hours later. No worries. Right? Right.